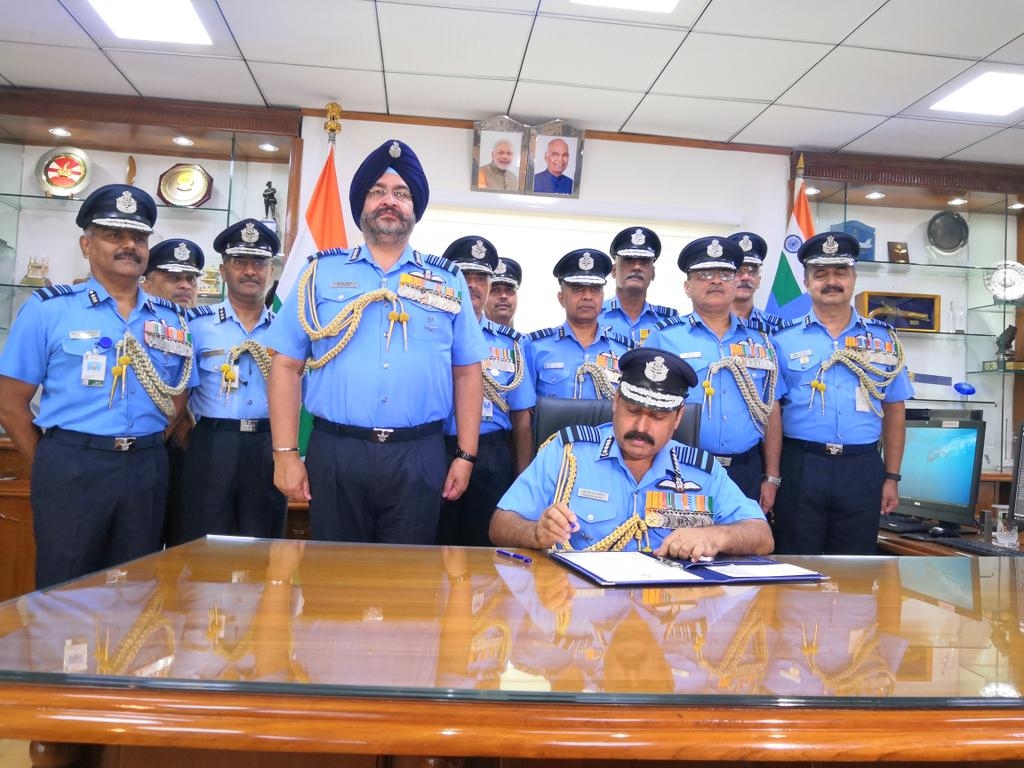 Retiring after serving the IAF for nearly 41 years, Air Chief Marshal Birender Singh Dhanoa will now be succeeded by RKS Bhadauria. An alumnus of the National Defence Academy (NDA), Bhadauria was commissioned into the fighter stream of the IAF in June 1980 and won the coveted 'Sword of Honour' for standing first in the overall order of merit. He has held various command, staff and instructional positions.

During his nearly four-decade career, Bhadauria commanded a Jaguar squadron and a premier Air Force Station. He devised a method for carrying bombing from the Jaguar aircraft using the Global Positioning System (GPS). This was especially relevant for the bombing role of Jaguar aircraft in Operation Safed Sagar in 1999.

Bhadauria also has 4,250 hours of flying experience on 26 types of fighters and transport aircraft. In July, during Exercise Garuda between the Air Forces of India and France, Bhadauria had flown the Rafale aircraft.

Shortly after taking charge, while speaking to the media, RKS Bhadauria said that Rafale “is a very capable aircraft. It will be a game changer in our operational capability. It will give India an edge over Pakistan and China.” On being asked if IAF is better prepared to carry out another airstrike like Balakot in future, the new air chief said, “We were prepared then, we will be prepared next time. We will be ready to face any challenge, any threat.” Speaking on reports of Pakistan reactivating the terror camp at Balakot, Bhadauria said “We are aware of the reports and we will take necessary action as and when required.”