An end to 30 years of long wait! Yasin Malik to be produced for trail in killing of four IAF personnel in Kashmir

New Delhi, September 7: Finally, after 30 years of long wait, the trail in the killing of four Indian Air Force personnel in Kashmir will begin next. A special court has issued production warrant against Yasin Malik, the banned Jammu and Kashmir Liberation Front (JKLF) chief and main accused in the case. Malik, at present is in judicial custody after NIA’s probe in connection to terror funding. 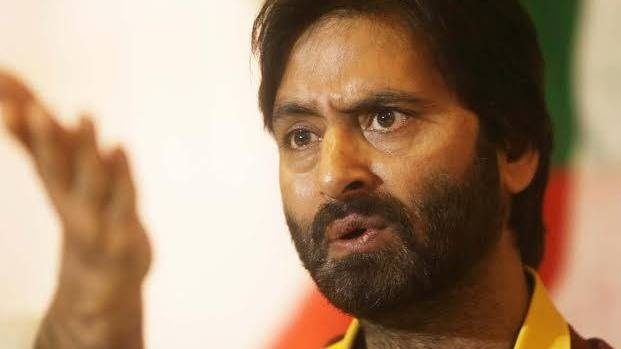 Yasin Malik is currently under arrest by the National Investigation Agency (NIA) in connection with a terror funding case, warrants have been issued against three others. The officials said Malik was likely to be produced through video conferencing and requisite permission was being sought for that.

Besides the killing of Indian Air Force officers, including squadron leader Ravi Khanna, on January 25, 1990 on the outskirts of Srinagar city, Malik is also an accused in the kidnapping of the then Union home minister Mufti Mohammed Sayeed’s daughter in 1989.

Yasin Malik, who was arrested by NIA [National Investigation Agency] in money laundering and other criminal cases is in Tihar Jail. A TADA court in Jammu has requisitioned him and other accused on September 11 to face the trial, which has been pending for the past many years. Advocate Bhardwaj also informed that a letter has been sent to Tihar Jail authorities to make transport arrangements and produce Yasin Mailk before the TADA court on September 11 in Jammu.

He further added, “It is indeed a high-profile case. Ironically, Malik and other accused were protected by those in the corridors of power for long. He enjoyed protection, free air travel, free medical treatment in private hospices and many other facilities on government money like Hurriyat leader Syed Ali Shah Geelani.” said Bhardwaj.