Lucknow, January 14: With all the chaos and disruption mongering in the country, hitting streets in protest of Citizenship Amendment Act, the government on January 10 implemented the act giving citizenship to those who were religiously persecuted in Pakistan, Afghanistan and Bangladesh. Backing the Central Government’s decision, the first state to implement CAA is Uttar Pradesh. The state has identified about 40,000 non-Muslim immigrants who have been residing in 19 districts of the state. Of these 40,000, almost 30,000 to 35,000 live in Pilibhit district alone. 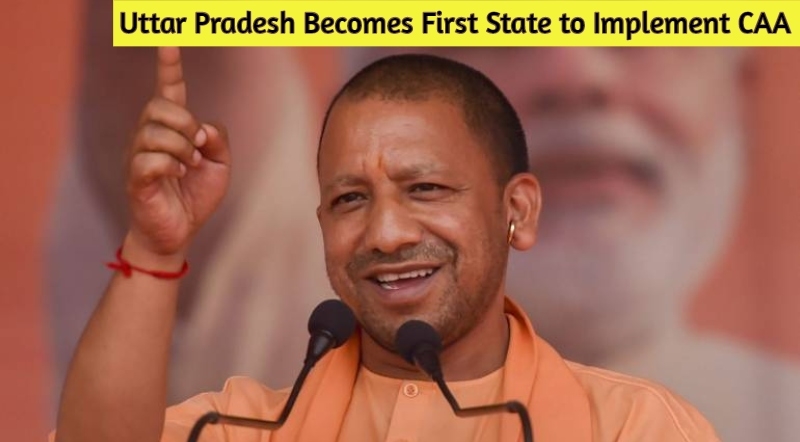 CM Yogi Adityanath was recently spotted in his hometown Gorakhpur as he arrived there to “dispel doubts” about the Act. He said the move was in line with India’s tradition of giving shelter to persecuted people. State minister Shrikant Sharma said that the procedure of updating the list of illegal immigrants is an ongoing process and informed that all the District Magistrates have been asked to carry out surveys and keep on updating list. He also added that the state government is in process of sharing the list with the Central Government.

Following the enactment of the CAA, protests erupted in several parts of Uttar Pradesh opposing the legislation. Yogi Adityanath had made it clear then that the legislation will be implemented and warned the protestors of exacting compensation from those who were found indulging in arson and vandalism under the pretext of protest.

Even as the enactment of the Citizenship Amendment Act faces sporadic resistance in some corners in the country, Uttar Pradesh has emerged as a vanguard in implementing the Citizenship law that was passed by both the upper and lower houses of the Indian Parliament in December 2019 which intends to grant citizenship to the persecuted minorities from Pakistan, Bangladesh and Afghanistan.