RSS files police complaint against 'fake booklet, says it is attempt to malign it 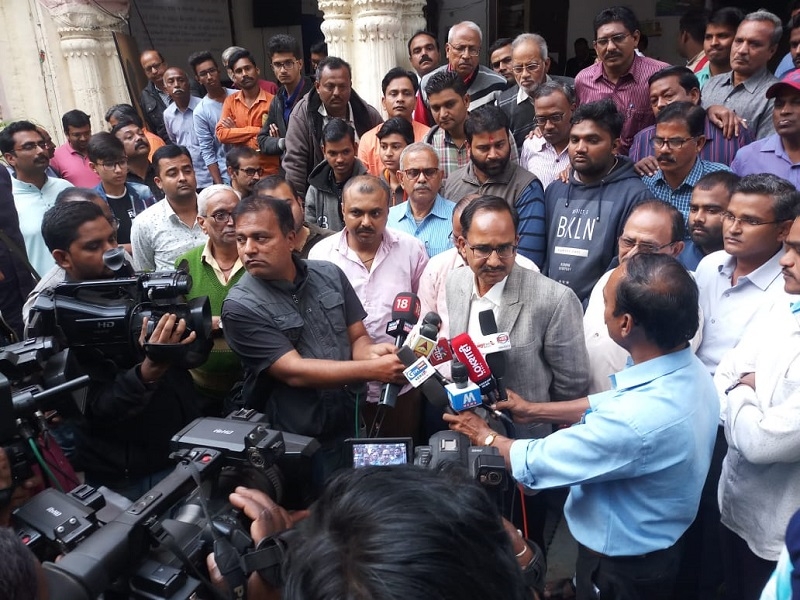 Nagpur, Jan 18: Nagpur unit of Rashtriya Swayamsevak Sangh (RSS) on Friday filed a complaint with Kotwali Police Station here against unidentified conspirators for circulating a ‘fake booklet’ titled “Naya Bharatiya Samvidhan” (New Indian Constitution) with a photograph of Sarsanghchalak Dr Mohanrao Bhagwat with an intention to malign the RSS and to create social dissensions and strife.

It may be noted that the said booklet was in circulation on the social media sites since some days.

RSS Nagpur Mahanagar Karyawah (Secretary) Arvind Kukde filed this complaint on Friday. He handed over the copy to Police Sub-Inspector A S Tople.

The RSS alleged that the circulation of the said booklet in PDF on social media and internet was an attempt to malign the RSS. The RSS urged the police to investigate and nail the people behind this 'fake booklet'. The conspirators of this malicious attempt should be arrested at the earliest, they said. 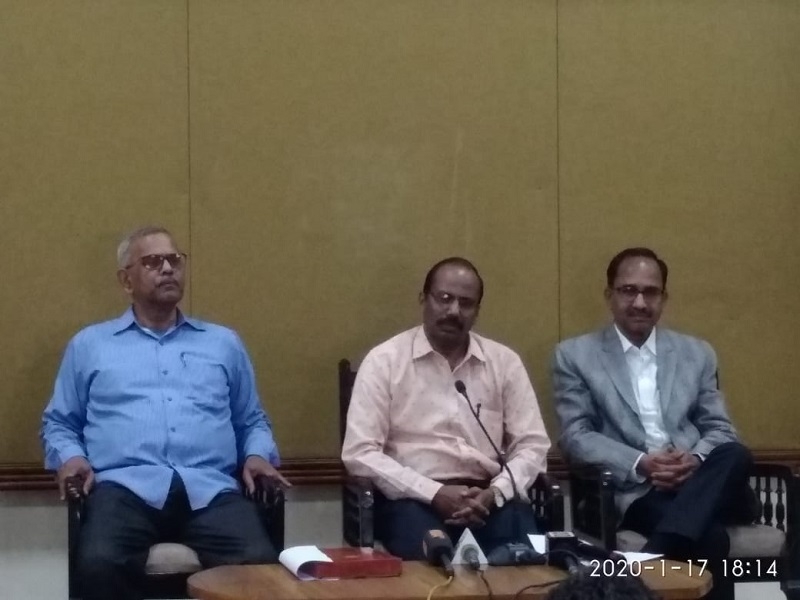 Later addressing a press conference Sridhar Gadge, Nagpur Mahanagar Sah-Sanghchalak told reporters that a 16-page PDF of this controversial booklet called “Naya Bharatiya Samvidhan” was in circulation on the social media channels since last some days.

This 16-page booklet contains much false, malicious and objectionable content. The cover page of the said booklet carries a file photograph of RSS Sarsanghchalak Dr Mohanrao Bhagwat which, the RSS believed was a blatant and gross misuse of his photograph. The placing of this photograph on the cover page of the said booklet was intended to spread false information that this was drafted by Dr Bhagwat, which was far from the truth, Gadge said.

The booklet contains utterly false, malicious and defamatory content about RSS and if circulated among the common people and on the social media could harm the RSS besides creating social strife, the RSS said in its complaint.

The intention of those who are behind this conspiracy to defame the RSS and malign its image was to disturb social harmony by spreading falsehood about the RSS. “It is nothing but a deep rooted and well thought conspiracy”, Gadge alleged.

Apart from Nagpur police complaints were lodged at Lucknow and Delhi against this ‘fake booklet’ demanding action against those involved in this act.

Gadge emphatically said that the RSS has full faith in the Constitution of India and has not moved any proposal for a new Constitution. The RSS is opposed to caste barriers and looks at the entire society as one homogenous unit. RSS has nothing to do with this 'fake booklet', he added.

The RSS demanded police to register a case against the unidentified conspirators under section 124, 153-A, 153-B, 295-A, and 505 of IPC read with section 66-F and 67 of the Information Technology Act and Section 2 of the Prevention of insults to National Honour Act.