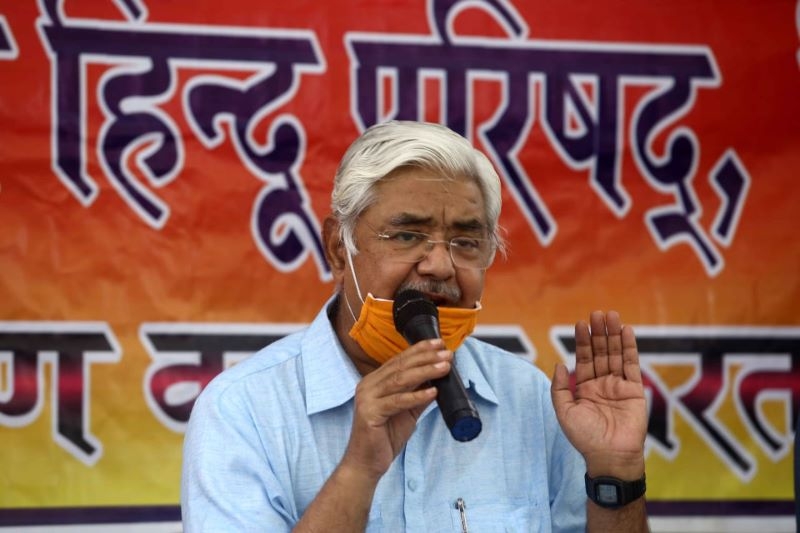 New Delhi, Oct 1: Commenting on the judgment of the special CBI court on the Babri Demolition case, Adv Alok Kumar, Working President of Vishwa Hindu Parishad (VHP) said that the judgment in the criminal case relating to disputed structure in Ayodhya was “vindication of truth and justice”.

Addressing a press conference he said it was sad that it took 28 long years for the court to deliver the justice. The judgment, now hopefully drawn the final curtains on the issue that had been agitating the Hindu psyche for 472 years, he said.

The Ram Bhakts have suffered their implication in false cases and the trial that stretched for 28 long years. The case was based on 49 FIRs, 351 witnesses produced by the Prosecution, and some 600 documents. The tenure of the Presiding Judge had to be extended several times, beyond his retirement.

Initially, the Prosecution was launched against 49 persons. We remember with gratitude, the 17 of them who unfortunately left for their heavenly abode during the trial. They included Ashok Singhal, Mahant Avaidyanath, Pujya Paramhans Ramchandra Das, Rajmata Vijaya Raje Scindia, Acharya Giriraj Kishore, Vishnu Hari Dalmia, and Vaikunth Lal Sharma (Prem Ji).

The Judgment of 9th November 2019 by the Supreme Court of India unanimously settled that the subject land in Ayodhya does in fact belong to Ram Lalla. Today’s judgment has busted the conspiracy theory. It is time to eschew politics, shed prejudices, and instead to keep looking into the past now to look forward to work unitedly for the unity and progress of Bharat, Adv Alok Kumar said.

Calling upon the society Alok Kumar appealed to the people to look forward to the urgent tasks at hand, the completion of the magnificent temple at Sri Ramjanmasthan, the eradication of inequalities, and the establishment of samrasata to bring about social, educational, and economic uplift of the scheduled castes, tribes and other economically backward sections of the society as also to build a strong and stable Bharat capable of fighting the attacks and challenges from within and at the borders.

Equally, the VHP shall continue its campaign for the protection of temples and their properties and to ensure that their income is used only for religious and social purposes, he added.