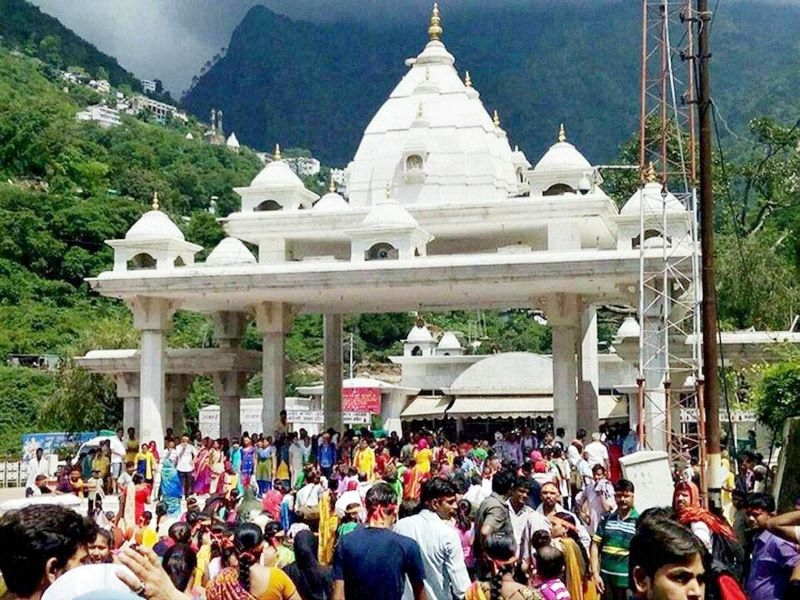 Jammu, Oct 13: As the ‘Sharadiya Navaratra’ is approaching fast, the Vaishno Devi shrine has decided to allow 7000 pilgrims per day to visit and pay obeisance at the shrine from October 15. The Navaratra is scheduled to start on October 17.

However, the Shri Mata Vaishno Devi Trust at Katra in Jammu had decided to cancel the annual yatra due to the Covid-19 pandemic situation in the country.

But the Trust has given permission to 7000 pilgrims to visit the shrine per day to pay obeisance at the cave shrine of Mata Vaishno Devi located in the Trikuta Hills of Jammu and Kashmir’s Reasi district from October 15, an official of the Mata Vaishno Devi Shrine Board said on Monday.

CEO of the Board Ramesh Kumar said that the earlier limit of 5000 pilgrims per day was increased to 7000 from October 15, irrespective of any limit on the number of pilgrims from within or outside the Union Territory of J & K.

Kumar said keeping with past practice, the work of floral decoration of the Mata Vaishno Devi Bhawan, Atka, and the area surrounding it, which is done on the occasion of the holy Navratras twice a year, has started and will be completed well before the commencement of the Shardiya Navtratras.

The Shat Chandi Maha Yagya will be organized by the board at the cave shrine during the Navratras. The ritual performed for the peace, prosperity, and health of humanity will conclude with the "purna ahuti" on the auspicious occasion of Mahanavami, Kumar added.

In view of the huge number of pilgrims expected to visit the shrine during the Navratras, the services of ponies, "pithoos" and "palkis" will be allowed to operate on the track between Katra and the Bhawan from October 15 in a regulated manner by following all the safety norms and guidelines notified by the government in order to ensure the safety and health of the pilgrims, the board staff and the service providers.