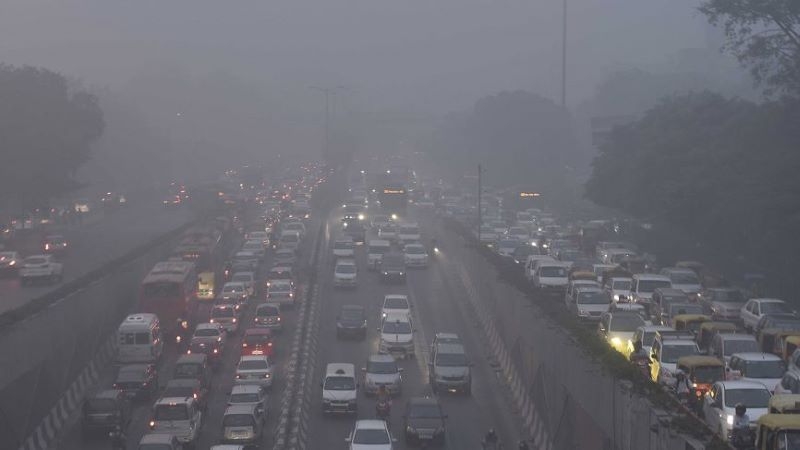 Come October-November and Winters “Delhi’s Gas Chamber Fraud-mongering” by political leaders gets sensationalized by media. Arvind Kejriwal leads the gang. Unfortunate it is that political leaders and their spokespersons, like headless chickens, shout hoarse and indulge in blame games over the air pollution not only in Delhi but also in the Indo-Gangetic plain to include Punjab-Haryana-Western UP and even Pakistan’s Punjab.

The latest to join is the Supreme Court – one of the pillars of the constitution held in the highest esteem as a repository of cumulative and collective wisdom. Former Justice Madan Lokur has been appointed as one-man Commission to review the issue and submit recommendations to address the “Stubble Burning” in Punjab, Haryana, Western UP, and NCR.

What does it reflect? The intellectual bankruptcy of the worst order. How can a former judge by himself comment on a whole range of causes resulting in dangerous levels of air pollution resulting in over 10,000 deaths per year in Delhi alone?

Let me define the root causes of air pollution. As per media reports, 20% of air pollution over Delhi is due to stubble burning from agricultural lands of neighboring states. What about the rest of 80%?

The NCR generates 10,000 tons per day of municipal solid waste, much of which is eventually burned, adding particulate pollution to the air. In addition, Delhi had more than one crore vehicles registered, with over 1,200 added each day.

Whilst serving in Punjab in early 1972, I experienced for the first time the adverse effects of “air pollution” due to surface inversion compounded by ‘fog or smog’ and dust storms known as “Loo”. Their currents used to originate from across the border in Pakistan opposite Ferozepur-Bhatinda.

Furthermore, the farmers in Punjab and Haryana used to burn their residual hay after harvesting due to the introduction of “Mechanized Farming” with the “Suratgarh Mechanized Model Farm” introducing it on a large scale.

The trouble with even the scientists is that they have not analyzed air pollution in the Indo-Gangetic plain from a holistic angle.

Most importantly, people must also understand first “Nature’s” phenomena before behaving like headless chickens. They can’t go against “Nature’s” seasonal visitations like effect of temperature inversions. Air flow patterns from Afghanistan and Pakistan pick up emissions as they move over the densely urbanized regions of Punjab and Haryana.

“Inversion” is the name of the ‘Natures’ cycle annually. Inversion phenomenon occurs with the heralding of winter season. There is no escape from it. Its effects can only be minimized if people are serious about containing it.

Since the nights in the winter season are longer, surface inversions are stronger and more common. So, conditions favor the development of a strong surface inversion due to calm winds, clear skies, and long nights. The warm air above cooler air acts like a lid, suppressing vertical mixing and trapping the cooler air at the surface.

Once the sun goes down, the ground loses heat very quickly, and this cools the air that is in contact with the ground. It results in cooling of air near the ground at night, surface inversions forms. During the daylight hours, surface inversions normally weaken and disappear as the sun warms the Earth’s surface, ie, after around 9 or sometimes even 10 A.M. 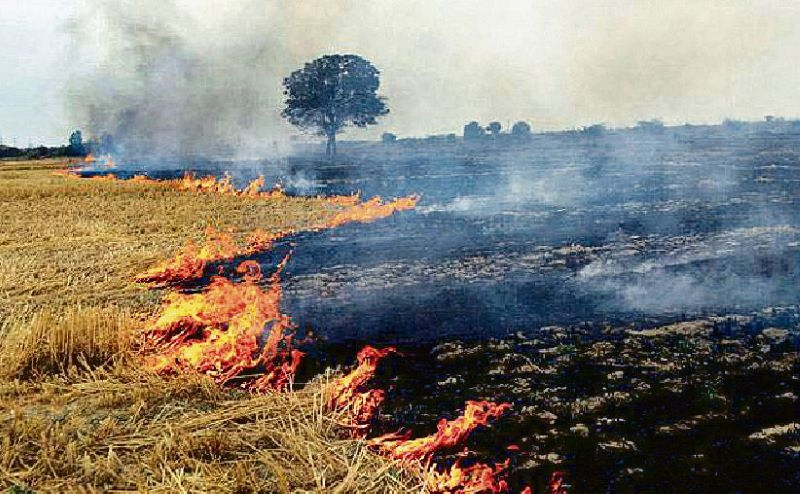 The Ozone layer considered crucial for the existence of the ecosystems on the planet is depleting due to increased pollution. Global warming, a direct result of the increased imbalance of gases in the atmosphere has come to be known as the biggest threat and challenge that the contemporary world has to overcome in a bid for survival.

Ironic, but true, according to the World Health Organization (WHO), Delhi was the most polluted city in the world in 2014. In 2016 WHO downgraded Delhi to eleventh-worst in the urban air quality database.

Instead of addressing the issue in a holistic manner, Arvind Kejriwal, Chief Minister of New Delhi (known as Muffler Man), first played to the gallery by imposing an “Odd-Even” rule for vehicle usage. After 2 years, now he is voicing his concern about “stubble burning” in Punjab and Haryana.

Is there a remedy available indigenously? So what if labor is not available for cutting “stubble”? Is technology indigenously available at affordable costs to cut and compress crop residues into bales for use as animal feed?

“Hay/stubble” - grass, legumes, or other herbaceous plants - can be profitably used for a variety of purposes like as animal fodder, particularly for grazing animals such as cattle, horses, goats, and sheep. Furthermore, there are varieties of methods to convert crop residues into compost and gardening etc. Also, handicrafts are also produced.

Burning “Hay/stubble” is as good as burning money. Quite often in past, media reports had been highlighting the plight of animals in “Drought Affected” areas. Also, one can see animals eating paper and plastic in cities.

The most common type of baler today is the round baler. It produces cylinder-shaped "round" or "rolled" bales.

Yet another high value addition usage of “Stubble/Hay” is to convert it into organic compost for agriculture and domestic gardening usage by three methods like aerobic (use oxygen and bacteria), anaerobic (natural process in landfills – not recommended as it produces bad smell) and windrow composting (efficient).

Farmers, who use high-cost “Harvesters” farm machinery, can also use low-cost baler machinery to avoid “stubble burning”. If the input-costs increase on account of balers uses, then the fixation of MSP (Minimum Support Price) must be increased proportionately. Also, “baler equipment’ should be made available at subsidized rates.

Municipal waste – garbage – can also be profitably to produce both compost manure and even energy. Waste-to-Energy, also widely recognized by its acronym WtE, is the generation of energy in the form of heat or electricity from waste. (The process is also called Energy from waste to EfW). Using developing technology, these various methods aim to compress and dispose waste, while attempting the generation of energy from them.

Finally, the levels of ‘smog’ and air pollution can only be addressed on a “Holistic” basis in cooperative and constructive manner at the political level – Central Government in conjunction with the State governments of Punjab, Haryana, UP, Rajasthan, and Delhi. Policies and strategies to mitigate or reduce pollution levels must not only be formulated but implemented effectively including construction activities and vehicle explosion.

Also, it must be addressed at the bi-lateral level with Pakistan. Otherwise, it would remain a vexatious health hazard on annual basis.

Can former Justice Madan Lakur do a thorough holistic review of the entire gamut of “air pollution” in the Indo Gangetic Plain? By himself, he cannot address scientific issues. The report would be general and cosmetic.

the levels of ‘smog’ and air pollution can only be addressed on a “Holistic” basis in cooperative and constructive manner at the political level – Central Government in conjunction with the State governments of Punjab Haryana UP Rajasthan and Delhi.