PM Modi sets another record, remains in power for 20 years 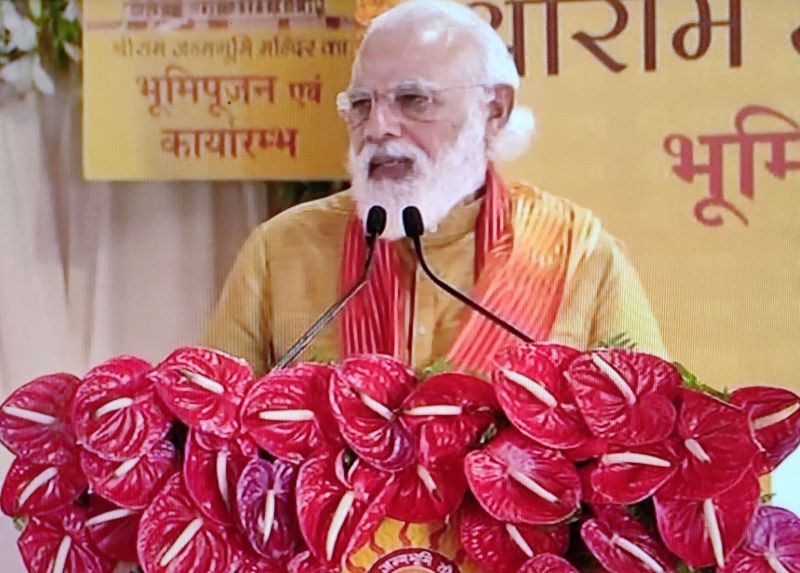 New Delhi, Oct. 8: Prime Minister Narendra Modi has entered into the 20th year of his tenure as an elected head of the government. He served Gujarat as Chief Minister for 14 years and for the last six years he is heading the NDA government at the Centre.

In a series of tweets, Modi expressed his heartfelt gratitude to the people and assured them that he would devote all his energies for the service of the motherland and uplift of poor.

He further said that no person can claim that he is perfect. Such an important responsibility and so long a period...As a human being I am also prone to commit mistakes. It is my fortune that I received your growing love and affection in spite of that.

I have no words to express my gratitude for the best wishes, blessings, and love you showered on me today. Your blessings will further strengthen my resolve to serve the nation, achieve the welfare of the poor, and take Bharat to a new high, the Prime Minister said.

Modi further said that since childhood I believed that people are the manifestation of the Almighty and are as powerful as God in a democracy.

I have tried my best to discharge responsibilities entrusted by the fellow countrymen's most honest and dedicated way.

Through these tweets, Modi once again pledged himself for the service of the nation and the welfare of the poor and his paramount tasks.

“I would like to assure the countrymen once again that the welfare of the nation and the poor is paramount for me and will always be so,” Mr. Modi said.

The BJP leaders including his close confidante Amit Shah showered praise on Modi and his inspiring leadership as he entered the 20th year sans any break as the head of an elected head of the government including those 14 years as chief minister of Gujarat.

Modi was sent to Gujarat as Chief Minister in 2001 by the party leadership. He took oath as Gujarat CM on October 7, 2001. Since then he has never tasted defeat at the hustings and Gujarat under him became the first state to have BJP rule for three consecutive terms.

In 2014, Modi led the BJP to power at the Centre with an absolute majority for the first time and scripted an even bigger victory in the 2019 general elections.

His bold and historic decisions such as abrogation of Article 370 and 35A, ending the inhuman practice of Triple Talaq and providing much-needed relief to the 8.5 crore Muslims women, the resolution of the Ayodhya issue, the Surgical Strike, and the Balakot air strike earned him the distinction of being a hard ruler whose priority is service to nation and welfare of poor.

According to the statistics released by the BJP Modi served for 6941 days as CM and PM surpassing the tenure of Pt Jawahar Lal Nehru who remained in office for 6130 days as PM. Modi is also compared with world leaders like Bill Clinton, George Bush, Barack Obama.

Home Minister Amit Shah greeted PM Modi for his relentless dedication and service to the nation as Chief Minister and Prime Minister. He said that Modi is a leader who understood the nerve of the 130 crore Indians perfectly and launched various revolutionary steps to uplift the poor and downtrodden.