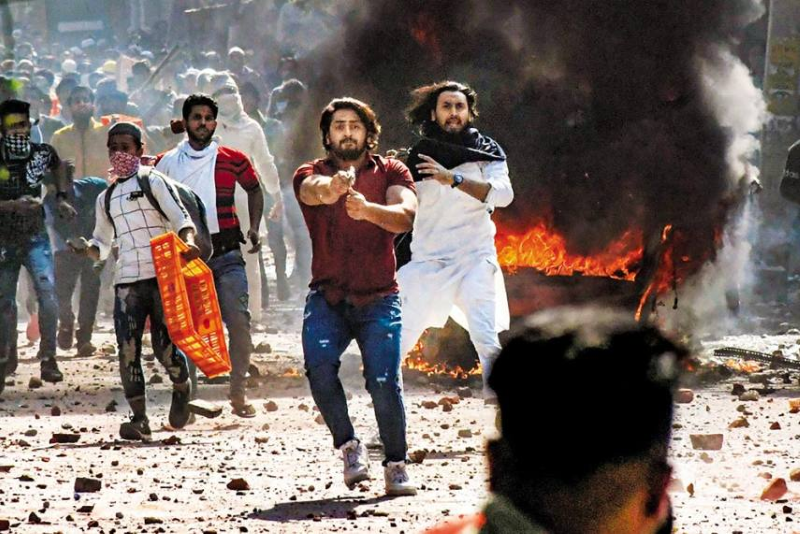 Till just a week back the Aam Aadmi Party (AAP) of New Delhi was heavily praised in the media as if God has sent down a bunch of benevolent and seasoned leaders to save the country. Most of the front-ranking columnists reveled in the party’s landslide victory. It was made clear through the media writings that AAP is the best option for India. But one is amazed how come it’s all elected members have become “seasoned and virtuous” leaders overnight when their past records are annoyingly off-putting. Disparity, discrimination, misgovernance, and corruption were the glaring hallmarks of the party’s previous regime in the capital state. But all such outrageous venality has been gleefully overlooked, nor that has ever become a subject of discussion, analysis, and apprehension in the newsroom.

In fact, the media does not ever focus its spotlight on this APP party that cheers up and instigates Muslim communities and other specific kinds of hooligans. However, the media endlessly grills the Uttar Pradesh Chief Minister Yogi Adityanath because he is from a party that loves the country and believes in its rich cultural ethos. 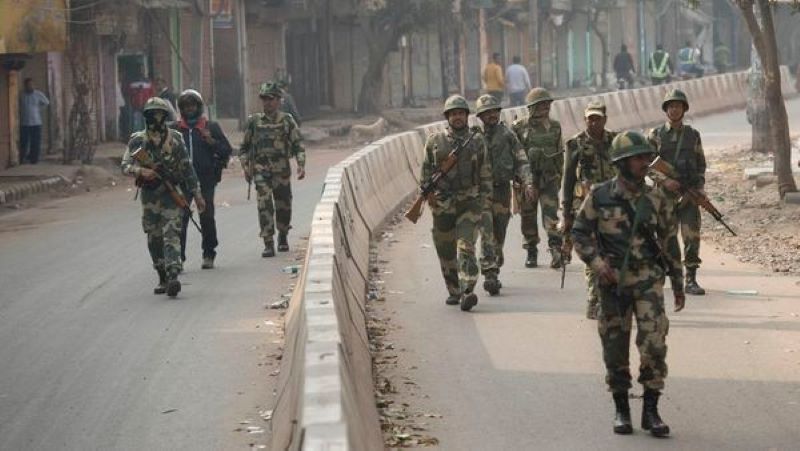 Well, if Uttar Pradesh Chief Minister ever yells against gun-toting criminals, the media loses its cool. When such miscreants from a particular community are arrested, then the media groans, it screams and it beats its chest and tries utmost to discredit the whole administration. It will forcefully claim that the Uttar Pradesh government is depriving the “minority” by appeasing the majority (Hindu) and therefore the Muslims are “not safe” in the country. What it means is that the culprits from the minority community must not be booked and put behind the bar. Were the dreaded terrorists Burhan Wani, Yakub Memon, and Afzal Guru and such others not “glorified”, and sometimes exonerated, by the media? No surprise, media has no sense of regret in branding a “holy cow” as a “ferocious wolf” and vice versa these days in India. This is, in fact, a tragedy, a trend that is pushing the country to a kind of anarchy and chaos of misinformation.

What is very astonishing is how long the media can keep the truths buried and thus play with the emotion and naivety of the masses and continue to mislead them!

The police have already found a whole lot of evidence substantiating that certain APP leaders of New Delhi have allegedly been found to be involved in the most “despicable riots” and violence. They have incited the particular community, which they lovingly called marginalized MINORITY after the Citizen Amendment Bill passed by the Modi Government. Most of the non-ruling parties, such as – Congress, CPM, TMC…, got together to incite the Muslim communities by their inflammatory speeches. A huge amount of public property across the country has been destroyed with impunity by the frenzied crowds; trains, motors vehicles, buildings have been set ablaze while many innocent people have been shot and killed. There are increasing numbers of political leaders who thus “plan and orchestrate” such terror activities. Instigating the crowds has become a new game.

Nothing could be abominable than the fact that a political representative of the citizens allowed hundreds of miscreants into his building to throw petrol-bombs and acid pouches upon the citizens right from the terrace? The building belongs to Tahir Hussain who has recently been elected APP leader. Though he was defended initially by the media and his party by suppressing his sinful acts but later police arrested him and charged him of killing a number of Hindus by using his building for the terror activities. Most of the rioters have been invited from other neighboring states. 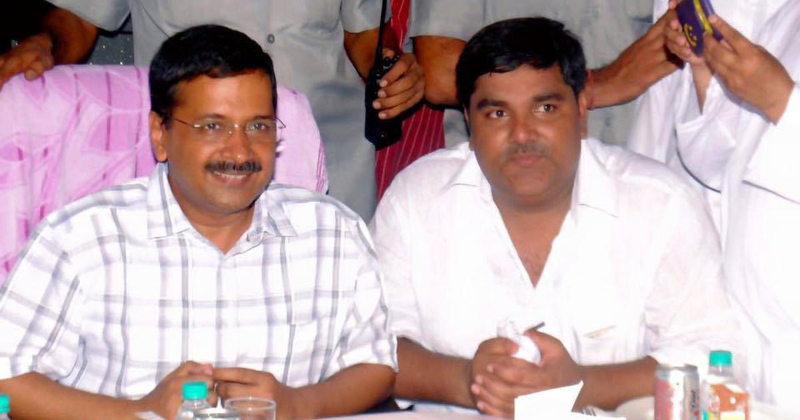 How do we define this decadence? The body of an Intelligence Bureau constable Ankit Sharma was recovered from a ditch behind the house of Tahir Hussain in which many other Hindus were also found killed, and some women raped and shot dead. The autopsy report says that Ankit Sharma was stabbed brutally over 400 times. His father Ravinder Sharma claims that it is the handiwork of APP leader Tahir Hussain and his party cadre.

What a big irony that this is a party that is still receiving the heroic applause from the media fraternity claiming this will save the citizens in every respect.

One wanton Sharukh Khan who blatantly brandished a pistol and fired eight bullets at police personnel in the recent Delhi riot was shielded because he was from the Muslim community. Some media quickly gave him a Hindu name -- “Anurag Mishra” calling him Hindu terrorist. Later he was arrested in Uttar Pradesh by the police putting all scandal-mongers to shame.

About all these increasing threats to the innocent commoners and the integrity of the nation are hardly covered by the media which is purportedly busy in spreading the false news or hiding the misdeeds of the particular community and political leaders. It is leaving no stone unturned to defame the Modi government which passed the Citizenship Bill to give the shelter to the prosecuted Hindus, Sikh, Buddhist, Sindhi, Christian communities in Pakistan, Bangladesh and Afghanistan in India. It was in fact initiated out by the BJP government on the humanitarian ground which was even contemplated by the previous Congress government. 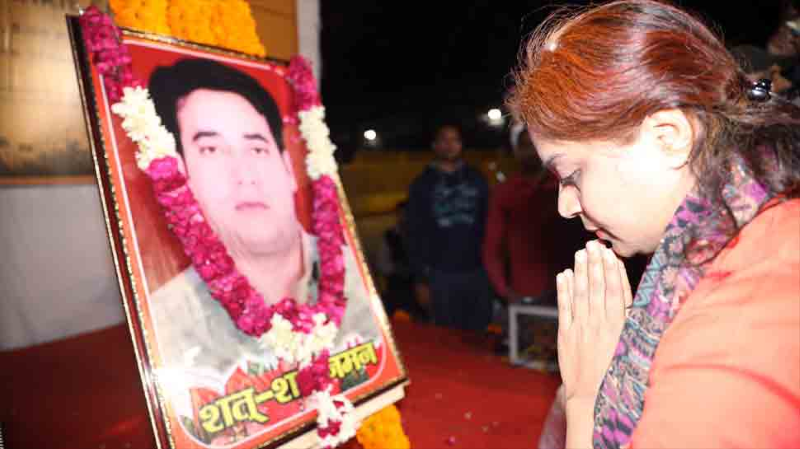 Well, the violence and terror activities of the last two months have clearly revealed the most disgusting ground realities which will never augur well so far as the “sovereignty and peace” in the country is concerned.

Needless to say, speaking against the country is openly encouraged here. Many columns are being written by specific journalists from India or the USA or the UK and published them in the reputed international newspapers and magazines. Tarnishing the image of the country and the ruling government is seemingly their prime motive.

One Muslim leader -- Waris Pathan recently thundered that 10 crores Muslims are capable to overpower 100 crores Hindu population in India and the news never raises the eyebrow of any journalists or it never becomes a threat to the democracy in the country. The rabble-rouser has vented his anger at an event in Gulbarga in Karnataka in the presence of his boss Asaduddin Owaisi, the chief of AIMIM. There is a cabal of elites who pat on the back of those forces who openly defend the “terrorists” from across the border. Arundhati Roy, Kanhaiya Kumar, Umar Khalid, Anirban Bhattacharya, Shehla Rashid Shora, Mr. Jignesh Mewani, are few who have been made iconic figures as because they are capable to praise in the open forum the heroism of terrorists like Afzal Guru, Burhan Wani, Yakub Memon...

What more? When the questions of “sedition” are raised against those terrorists’ sympathizers then the media comes forward to denounce the whole country.

Hence, the so-called intellectuals and political parties have systematically fed false information and “incited” millions of Indians to voice against the Indian ethos and values, sometimes directly and sometimes indirectly. But mind, all these formidable forces are sweet-hearts of the mainstream media in India. Consequently, these “treacherous adventures” of those media always go to make the majority of Indian intellectuals cheerier, lustier, and more belligerent and hurtful.