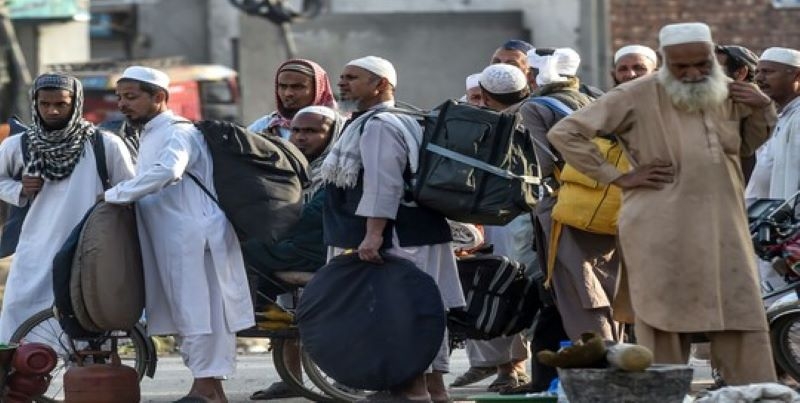 There is a joke doing rounds on social media. Two individuals meet on way and enquire about each other. The first one says, “I am Corona”. The other one replies, “I am Maulana”.

Joke apart, this throws focus on what happened after the Tablighi Iztema held at Nizamuddin Markaz (Centre) and the reports emanating from various parts of the country where these Maulanas went, only substantiate the grave situation they have created out for their religious beliefs and fanaticism. This is nothing short of an affront to Islam and the Nation. 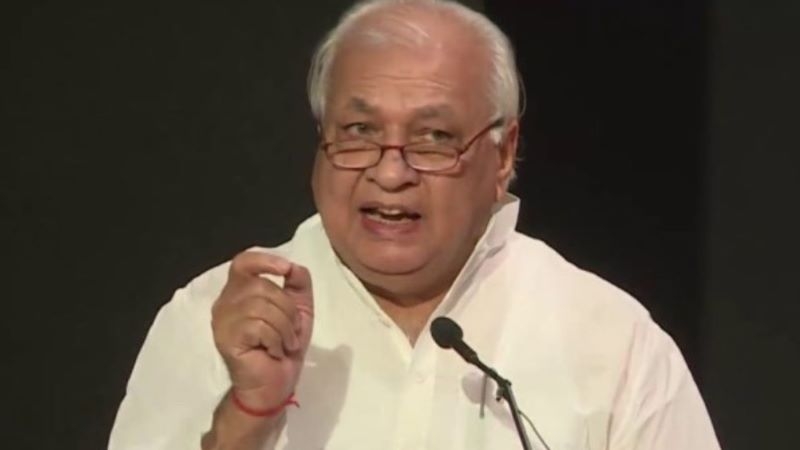 The crime they committed was a crime against humanity, against the creation of Allah -Supreme. As learned Islamic scholar and Governor of Kerala Arif Mohammad Khan said in his interview with a television news channel on Tuesday, “This was no ordinary crime”. It was a deadly prayer meeting.

Arif Mohammad Khan also alleged that the Tablighi Jamat had violated the law of the land and tried to impose superstitions among the Muslim community. They were exhorting people “to come and die here as this (masjid) is the only best place to die”.

The Tabligh Jamat established some nine decades ago has a worldwide following of fundamentalist Muslims who just believe in the Allah and do not recognize other sects in Islam as true followers of the Prophet. They move from places to places to preach fundamental (Wahabi) Islam and want people to remain aloof from modern science and technological developments. Their stubbornness and obstinance have made the South East Asian countries suffer from the deadly attack of the Coronavirus.

This Tablighi Jamat, having 15 crore followers worldwide, has become the major epicenter of coronavirus spread in the SE Asian nations of Malaysia, Indonesia, Pakistan and now India. When the whole world was grappling with the COVID-19 pandemic, this Jamat held its conclaves in different countries and allowed thousands of Islamic believers to congregate and then travel around the world. They held their annual Iztema at Lahore, Kuala Lumpur in Malaysia and Delhi. 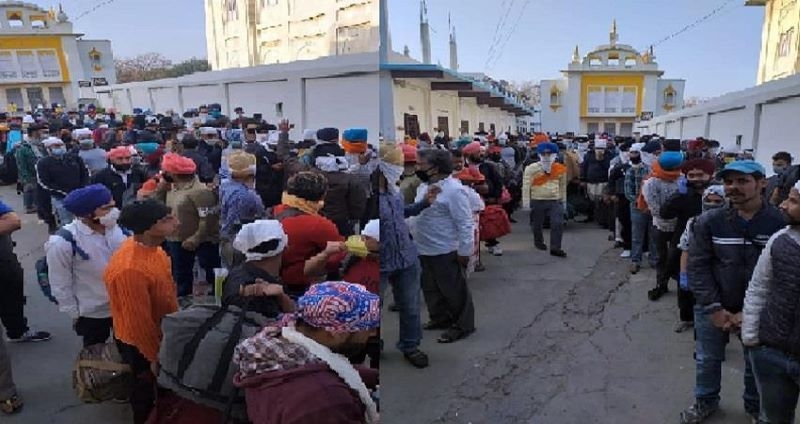 The inherent threat of this congregation surfaced when as many as 10 coronavirus deaths were reported in Deli which was traced to this congregation. Over 285 people infected by this virus were admitted to Lok Nayak Hospital in Delhi. Many more cases were being reported from Telangana, Maharashtra, Karnataka, Andaman & Nicobar, Jammu & Kashmir, and many more areas wherever these people went and mixed with the locals.

The Lahore Iztema held on March 12, 2020, saw the presence of 2.5 lakh people from 80 countries. The arrangements made were insufficient to house that much gathering according to the New York Times report. Around 10,000 maulanas also attended the Iztema throwing the instructions of the Pakistan Government to winds.

No wonder then that this congregation became the major source of COVID-19 spread in Pakistan, mostly in the Punjab province of that nation where 1836 cases were found and 23 people have died of this virus attack.

In India, the global HQ of this Jamat is located at Banglewali Masjid in the Nizamuddin area of Delhi. Mohd Iliyas Al Kandhalwi started this Tablighi Jamat in India in 1927 from Nuh in the Mewat region of Haryana. Here they organized the Iztema from March second week which was attended by thousands of Muslims violating the coronavirus fears, guidelines issued by the government exhibiting utter stubbornness. Some of them even said that this Coronavirus attack is a ‘curse on those who brought the CAA. They are facing the curse of Allah, they believed’ and encouraged others to join the conclave.

After the Iztema was over, they traveled to a number of places in India. Many had come from neighboring countries on a tourist visa but attended this religious conclave violating the law. The Ministry of Home Affairs has taken a very strict view over this violation and action will be initiated against those.

Many of those attended had already infected by the Coronavirus and as Tamil Nadu government said over 1000 people had gone to Delhi and come back, maybe with many more coronavirus infected cases, to their state. Many of them had a travel or contact history to the Tablighi Jamat event. At least six regions across the country are now reporting cases that can be traced directly to the congregation.

With the event over and its impact visible on the community, the blame game has begun. This Iztema has triggered a controversy with Hindu-Muslim overtone. Delhi chief minister Arvind Kejriwal termed it an “irresponsible act”. Most others lamented that only one community was being blamed for community infection caused by this event.

The Tablighi Jamat had given its clarification and defended its position. They denied that they broke any law and acted irresponsibly. The Delhi government put restrictions on large audience programs on March 16 while thousands had already gathered for this event on March 13, they said adding that the government gave visas to hundreds of foreigners for this event.

Who re responsible for this mess called Tablighi Iztema and the community infections of COVID-19 after that? To explore the issues involved in this newsbharati.com interviewed some prominent persons in the country.

Indresh Kumar, Patron of Muslim Rashtriya Manch (MRM) and senior RSS functionary said that as the people of all other religions in India suspended their religious programs due to Coronavirus calamity, the Tablighi Jamat too should have suspended their Iztema in the nation’s interest.

He alleged that these Mullas and Moulvis had insulted ‘Insaniyat’ and ‘Hindustaniyat’ and they have also insulted Islam by giving up the ‘Ruhani’ way and adopting the way of ‘satan’. Therefore, the first to blame for this are these Mullahs and Moulvis, Indresh Kumar said appealing them to stop all their further programs till the country returns to normal situation. 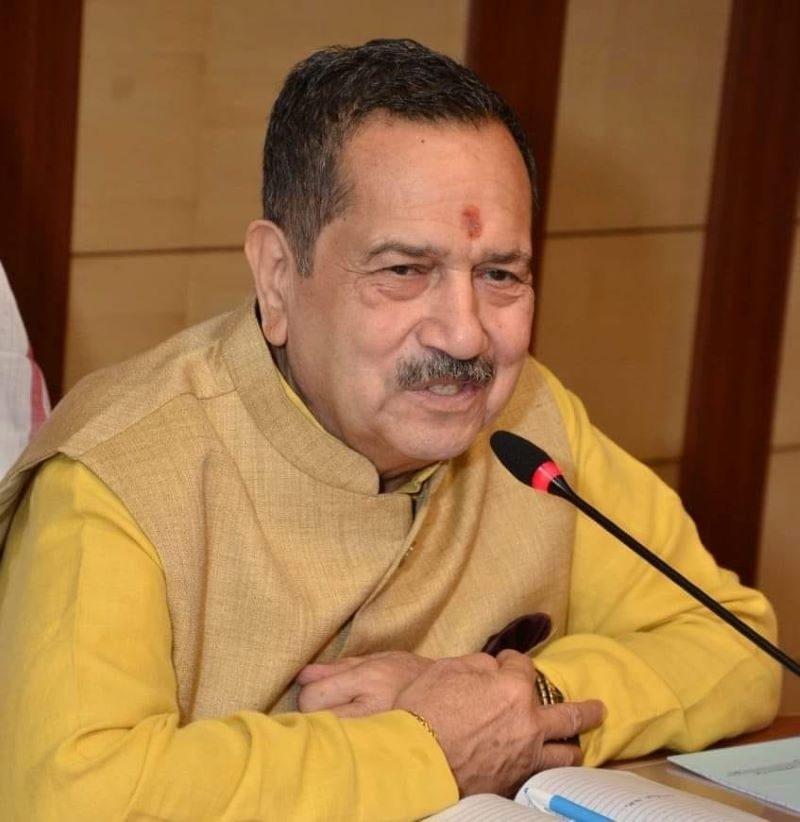 He also blamed the local MLA and the AAP government in Delhi. The AAP leadership has brought the country to the threshold of this catastrophe, he said, alleging that for their vote bank politics the AAP leadership nurtured the religious fundamentalism at the cost of ‘Hindustaniyat’.

Indresh Kumar also blamed the Delhi Police and administration for their neglect and not raising an alarm and acting timely to stop this conclave. People of the Nizamuddin area are also responsible as they did not raise an alarm against such a massive gathering which could have posed a serious threat to their very existence, he added.

Commenting on the ‘silence’ of the Congress party on such a grave incident, he said that the silence by the major opposition party on such delicate and important issues is detrimental for the country. The constitution was first murdered in Shaheenbag and now the Tablighi Jamat program killed the statute again, he said.

Making an appeal to the Muslims of the country to give information about domestic and foreign Tablighi Jamat members present in ay mosque in their respective areas to police and local administration so that they could be quarantined and treatment could be given to them.

He urged the Muslims to come forward in this hour of crisis and make its contribution in this war against the coronavirus pandemic and save the nation.

Dr. Shahid Akhtar, Vice-Chairman of National Council for Promotion of Urdu Language (NCPUL) and Professor at Jamia Milia University, Delhi, said that Islam directs Muslims to stay at home in the outbreak of any infectious disease like the present one. Violating that directive, the Maulanas who urged people to come to the mosques to offer namaz as this is the best place is ‘irresponsible and ignoring Islamic directive’.

In doing so, they have not only violated the laws of the land, but they also insulted the ‘Dharam’ (Religion) and defamed the ‘Rashtradharma’ (their duty to the nation) in this hour of crisis, he said. They have wrongly interpreted the religion and national duty, he added. Those who violated the law should be subjected to suitable punitive action according to the law of the land, he demanded.

At the same time, he assured that the Muslims of India along with all the citizens, are with Prime Minister Narendra Modi in this delicate hour of crisis and are following the instructions given by him from time to time to defeat this Coronavirus pandemic.

According to Maulana Kaukab Mujtaba of Amroha, UP, who is widely respected by the Shia community all over the world, this Tablighi Jamat represents a fundamentalist Wahabi ideology. They should not have organized this large gathering at this critical time when the country was battling to overcome the deadly Coronavirus pandemic. As such this Markaz (Centre) in Nizamuddin must be banned, he said.

They should have followed the law of the land, he said adding that the government must take action against these violators of the law. Kerala Governor Arif Mohd Khan had also said that the law of the land must be respected and those who violate it must be punished.

Mohd. Afzal, National Convener of Muslim Rashtriya Manch (MRM) came down heavily on the Tablighi Jamat accusing them of violating Islamic tenets and also the law of the land in organizing this Iztema in Delhi.

Quoting Surah-e-Nisa he alleged that these people are not following the Allah, the Prophet and also the Ruler of the country and therefore, they have defamed Islam, and proper action should be taken against them according to the law of the land, he said welcoming FIR against Maulana Saad of Tablighi Markaz in Nizamuddin.

Maulana Irfan Kichhochchavi of Kichchochcha Sharif in Uttar Pradesh also demanded strict action against those who violated the law. They did not have permission yet they held the Iztema violating the law of the land, he alleged.

Dr. Prof M Shabbir, former Vice-Chancellor of Aligarh Muslim University (AMU) and former Dean of Law faculty of the same University lamented that this issue is being communalized. Islam promotes universal humanity and is a very open religion, he said adding that it was wrong to paint this as a communal debate.

The Tabligh Jamat is a congregation of Islamic preachers who preach the Islamic values of simple living, charity, and adherence to the teachings of the Prophet, he said. There was no political motive to their conclave held at Nizamuddin Markaz in Delhi. However, they did not feel the necessity of informing the authorities about their religious congregation. 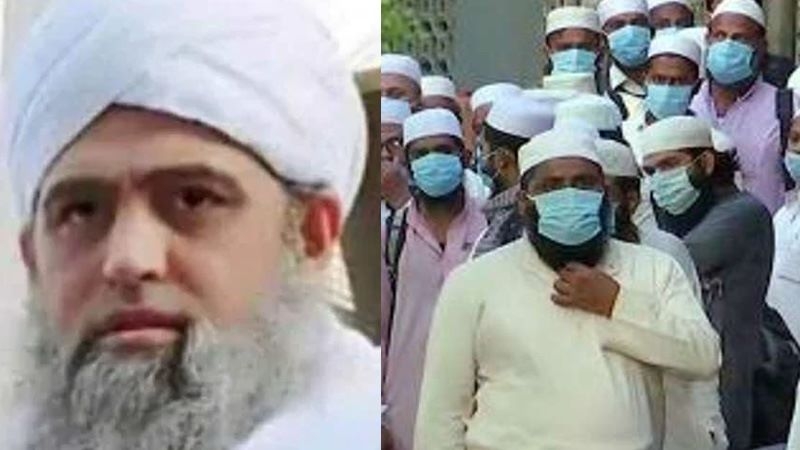 Maulana Saad, the head of the Markaz against whom an FIR is filed

However, Maulana Saad, the head of the Markaz, claimed to have sent a list of those who stayed at the Centre and intimated the police about their presence at the Markaz. Some of these people were found infected by Coronavirus. They must have ‘innocently caught the wrong path’, Prof Shabbir, a former member of the Muslim Personal Law Board, said.

Islam directs its followers to maintain public order, social justice and health in the outbreak of communicable diseases, but these people did not pay attention to this directive. The government too was not informed properly. Those who support the congregation’s right to hold this congregation in this situation were ignorant of the duty of Muslims on the basis of Quran and Hadis, he said.

Now those who were found infected should be identified, and kept in isolation and treated so that the disease does not spread further but do not drag Islam in this controversy and don’t make it a communal issue when the entire world is facing this crisis, Dr. Shabbir said.