Guru Nanak Devji witnessed a lot of discrimination against women in his times. Major reasons were the outlook of those religions, which had come to India from foreign soil towards women and the latter’s treatment at the hands of invaders and their chieftains. 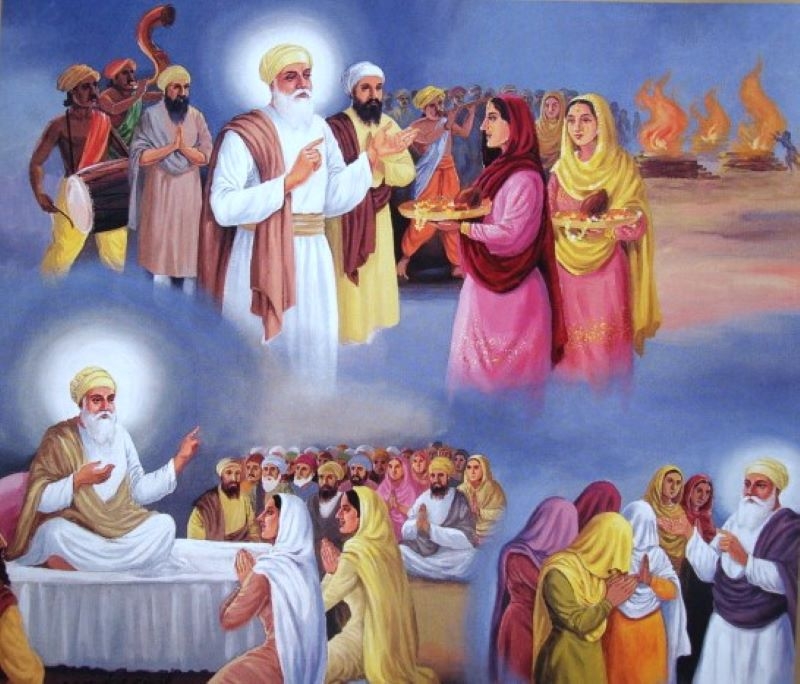 It is important to understand the place of women in traditional Indian society before the advent of the foreign philosophies to this land. From the Vedic times no Yagna was considered to be complete without the presence of the wife of the Yajman. According to the Sanatan tradition Shiva (Masculine power) is incomplete without Shakti (Feminine power).

Indian scriptures had exalted women to the place called Devi (Goddess). One of the shlokas goes like this, Yatra Naryastu pujyante, ramate tatra devata. That means where women are rightfully respected, that place becomes abode of devatas (Positive energies).

However, during Guru Nanak DevJi’s time, Hindus had become subservient to Islamic rulers and clergy. Firstly, the invading armies from across the Khyber Pass, after the defeat of local kings, used to abduct women and put them in their harems. Rapes and torture by soldiers were common practices. Instead of standing unitedly against this barbaric behavior of the invaders, the society moved into submission. Lest they get abducted and dishonored, girls were being married at very young age only. Practice of Sati which was confined to certain religious ceremonies, became rampant because after husband’s death women, especially those belonging to royal families, did not want to be forcibly pushed into Muslim harems. A girl child was considered to be a liability and many a times she was killed immediately after birth only.

Guru Nanak Devji took upon himself the task of giving the women their rightful place in the society. His famous comment on women in Guru Granth Sahib goes like this……….So kyon manda aakhiye jit jamme rajaan.

He questions the wisdom of those people who see women with derogatory looks. He emphasizes that a woman gives birth to kings and commoners both but some people disdain her in society. No need to say that with his powerful sermons he was very much successful in getting the women respectful place in the echelons of the society. His assertive opposition to Sati tradition was very much instrumental in its slow eradication from the society. The high standards set by him were assiduously followed by the successor Gurus too.

Third Guru Shri Guru Amar Dasji very vehemently opposed the said tradition and was successful to a greater extent for its eradication from contemporary society. In order to save themselves from the lascivious eyes of the agents and courtiers of the foreign rulers, women had started drawing Ghunghat (Veil). Guru Nanak Devji opposed that also and under his spiritual leadership, the rightful place of the women in contemporary society was restored.

The Gurus who were successors to Guru Nanak Devji preserved the pious tradition of giving utmost respect to the women in social fabric. Tenth Guru Gobind Singh ji created an unparalleled example by raising the status of women in a unique way. In his times only royal or Rajput ladies' names were suffixed with the word Kunwar. He emphasized that in Sikh traditions all women, irrespective of caste or class will be addressed as Kunwar. The suffix Kaur, which is affixed with Women’s names, is the Punjabi form of the word Kunwar. Thus, Guruji upheld the tradition started by Guru Nanak Devji by elevating the status of women in society. 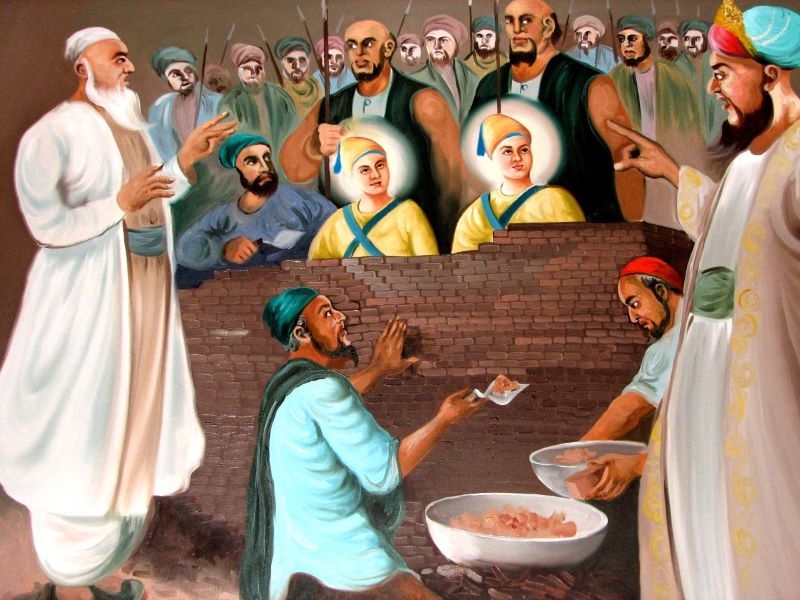 Later, empowered by Sikh Gurus’ respect given to them, women played exemplary roles in their service towards the society. Mata Gujariji’s teachings had a great role to play in Guru Gobind Singhji’s life. When Sirhind’s Jihadist Nawab Wazir Khan captured Mata Gujariji alongside with his two grandsons Sahibzada Jorawar Singh and Sahibzada Fateh Singh and wanted to convert them to Islam, she not only gave her own life for sake of Dharma, she inspired the young Sahibzadas who was 9 years and 6 years old respectively to resist Nawab’s attempt and give their lives to protect Dharma. Mata Sundariji and Mata Sahib Kaurji also sacrificed for the sake of protection of Dharma.

Guru Nanak Devji’s teachings about giving respectful place to women had started manifesting in all walks of the society. Sikh women showed their valor in battlefields too. Mata Bhag Kaur fought with the Mughal armies with chivalry and set new standards for women fighting to save their honor and Dharmic values. During the times when menfolk were engaged in fighting with the tyrannical Mughal armies and invading forces of Ahmad Shah Abdali, womenfolk not only took care of the families and fields, they did service in Gurdwaras also. They did Kirtan as well as prepared Langars for the devotees.

Truly, Guru Nanak Devji’s teachings have a great role to play when it comes to set standards of gender equality in the society.