Time for Bharat to unite and face Chinese challenge

At this hour, when the whole country is determined to defeat the corona pandemic, the challenge posed by the expansionist and dictatorial Chinese regime requires Bharatiya society to unify as a unit and set an example to the enemy. 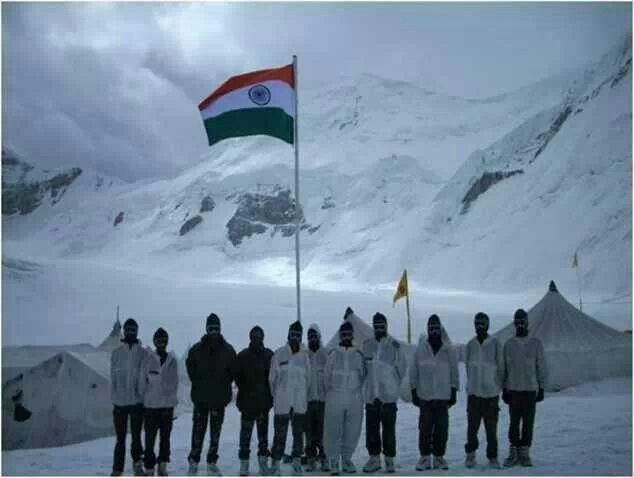 Bharat was in the midst of fighting the thickening corona pandemic situation when the news of Chinese attempt to encroach into Ladakh’s Galwan region and the ensuing struggle of our armed forces rattled the country. Twenty warriors of Bharatiya army made a heroic sacrifice of their lives to safeguard their motherland. This damage garnered many headlines in the media with a few news features touting this bloody struggle to be one of its kind since the Bharat-China war of 1962. Some elements have questioned the gallant efforts of the Bharatiya Army and blamed Bharatiya leadership for lacking alertness and rigor. A microscopic examination of the history of these same elements reveals an interesting pattern. Coincidentally, this force comprises those very elements that went all out to prevent BJP from securing a majority at the Centre and defeat Narendra Modi. The fact is, including the current crisis, many other geopolitical and socio-economic challenges faced by Bharat today are the making of myopia, impracticality, poor leadership, and lack of cohesive understanding of the concept of Rashtra of these very elements.

Perhaps, till now, China had not experienced the kind rigor, courage, and forbearance displayed by Bharatiya leadership in the recent past at Doklam and now at Galwan. After 1962, China has been regularly exerting encroachment efforts that were not met with a planned and forceful opposition until recently. Such resistance cannot be staged by isolated displays of valor by the armed forces. It is a synchronous effort of the political leadership and the armed forces, wherein strategic thinking at the leadership level is paramount. This fact became apparent when Bharat conducted a successful nuclear weapon test in 1998. Bharatiya nuclear atomic scientists had completed their nuclear weapon development way back in 1994. Still, they failed to conduct the tests as the then leaders of the country could not show the same courage as the late Atal Bihari Vajpayee displayed. This decision raised the standing of Bharat in the world, both as a country and people. Since 2014, along with China, there is a fundamental change in the way Bharat has been dealing with state-sponsored terrorism by Pakistan. The Uri airstrike, Balakot, Doklam, Galwan, and resistance of Pak-supported terrorism in Kashmir—all these events evidently testify the same change. Speedy border construction in previously ignored border regions and display of wisdom in reclaiming the rightful Bharatiya areas of Aksai-Chin landmass that were formerly usurped by Pakistan and lately by China are indicators of firm, courageous and far-sighted national leadership. All these factors may have infuriated China, and therefore, it is not surprising that the anti-national forces within our country are feeling unsettled with Bharat’s current dealing with China. 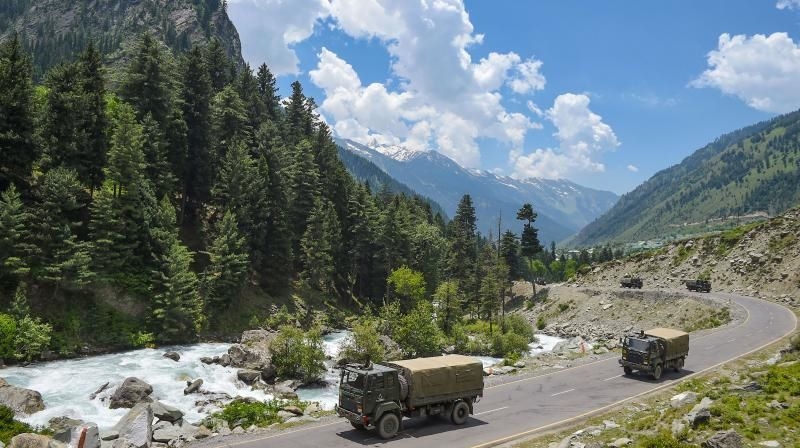 In the Bharat-China war of 1962, despite the incomparable bravado and sacrifice of the soldiers of the Indian armed forces, we lost. Critical analysis of that defeat points out two evident reasons—firstly, the lack of foresight on the part of the then Bharatiya top leadership; and second, unpreparedness for war. Well-aware of China’s expansionist tendencies, the then Sarsanghachalak of Rashtriya Swayamsevak Sangh, Guruji Golwalkar, and several other prudent political leaders of the country had warned of the impending danger in embracing the enemy and chiming in “Hindi-Chini Bhai-Bhai” slogans (Bharatiya and Chinese are like brothers). They feared China might deceive Bharat, and this strategy would backfire. We had to face the disgraceful defeat due to complete neglect of those warnings, failure to prepare for the war, and continuation of hobnobbing with a deceptive China.

In the aftermath of the defeat, military reforms were starting to be contemplated. However, the mere strengthening of the military base alone is insufficient. Mature and determined national leadership is essential in dealing with such conflicts.

Recently, a video has surfaced where the then Defence Minister A.K. Antony was addressing Parliament on 6 December 2013. He is noted as saying, “China is much advanced in the area of building infrastructure in comparison to India. Their infrastructure development is superior to India’s. We are only catching them. That is also history. What is it? Independent India had a policy for many years that the best defence is not to develop the border. Undeveloped borders are safer than developed borders. So, for many years, there was no construction of roads or airfields in the border areas. By that time, China continued to develop its infrastructure in the border areas. So, as a result, they have now gone ahead of us. Compared to us infrastructure-wise, capability-wise in the border areas, they are ahead. I admit that. It is a part of history.”

Soon after Independence, Bharat’s foreign, economic, and defence policies were headed in the wrong direction. Lag in defence policy has been illuminated through the aforementioned examples. Talking of economic policy, instead of emphasizing on rural-development focused, decentralized policies, the state favored urban development policies that were centralized in nature and proposed to build metropolitan centers around which human life would revolve. It is a consequence of such policies that Bharatiya villages, where about 70% of the country’s population lives remain underdeveloped and ill-equipped. Compelled to uproot themselves from their villages, innumerable people relocate to large towns and cities to pursue education, health facilities, and employment opportunities. Post-Independence economic policies grossly ignored the farmer and agriculture. We have experienced the outcome of these policies during the corona pandemic crisis when lakhs of inter-state laborers felt alienated at their metropolitan workplaces. At the same time, we should remember that the process of mindless urbanization and development also alienates them from their families, their land, and even their culture. Even today, agriculture and agro-based industries have the potential to generate the highest employment, which is being explored through ‘Atma Nirbhar Bharat Abhiyan’.

Where the foreign policy is concerned every now and then non-alignment was flagged as the country’s foreign policy. Adopting non-alignment as a tactical tool until Bharat becomes globally influential is reasonable enough, but that alone cannot be the cornerstone of our foreign policy. The two superpowers, with reference to whom non-alignment was being deliberated, are comparatively young nations. Their ideological basis, the experience of an individual, social, and community life were amorphous, underdeveloped, and partial in comparison to the well-developed, complete, and holistic Bharatiya view about the nation, society and philosophy of life. The very idea of basing our policies on those views is the sign of a colonized mentality. America and Russia—the two power centers of the time—had been less than 500 years into their existence. Their ideological bases had been in use for less than 100 years. On the other hand, Bharat’s history, its life as a unified civilization predates at the very least 10,000 years.

The spirituality-based Bharatiya view of life is inherently holistic, integral, and universal. For this very reason, even in times of power and prosperity, it did not burden other countries with war. Having traversed extensive distances, engaging in trade with far off lands we did not form colonies in those lands, nor did we exploit those places and people, neither did we plunder their wealth nor did we attempt to convert them or enslave them. Instead, our people enabled those people to elevate their economic and social life by becoming prosperous, capable, and civilized. This inclusive world-view is the hallmark of Bharat. For the same reason, this very view of life should have guided our foreign policy as well.

But the first Prime Minister of Bharat was under the spell of communism. In the name of modernization, enticed by a fancy western terminology, the spirituality-based holistic Bharatiya view of life was disregarded, setting a different tone for the policies of our country. With the passage of time, communist influence grew within the Congress party. Eventually, Congress was cast in the mold of communism as a whole. Consequently, Bharat was alienated from its “self”, i.e. Bharat. Overriding the core identity of Bharat, spiritual, unifying, and the universal image was swapped for titles like progressive, liberal, and intellectual, which became something like a fashion. However, due to the perennial awakening of social and national consciousness, which was simmering below the surface all along, a non-Congress Government got the full majority in the 2014 general elections. This development was historic as post-Independence, this was an isolated instance of a party, which was not Congress, forming the government with a full majority. The significance of 2014 results was not just a victory of the first non-Congress majority government, but also the victory of proactive and committed people who thrived on national rejuvenation based on positive contextualization of the ancient roots, as well as a rejection of colonial intellectual imposition, which became a symbol of “progressive thinking”.

This movement bloomed with the repetition of the success story of 2014 in 2019, this time only with a greater majority, marking a milestone in Bharat’s journey towards revival.

On 16 May 2014, the Lok Sabha election results were announced and the Narendra Modi led Bharatiya Janata Party was invited to form the National Democratic Alliance (NDA) government with an absolute majority. Describing this incident, the editorial of Britain’s Guardian dated May 18 began with, “Today, 18 May 2014, may well go down in history as the day when Britain finally left India. Narendra Modi’s victory in the elections marks the end of a long era in which the structures of power did not differ greatly from those through which Britain ruled the subcontinent. India under the Congress party was in many ways a continuation of the British Raj by other means.” The commencement of this editorial itself captures the essence of the change described earlier.

Shiv Vishwanathan goes on to explain: “What secularism did was it enforced oppositions in a way that the middle class felt apologetic and unconfident about its beliefs, its perspectives. Secularism was portrayed as an upwardly mobile, drawing room discourse they were inept at.

“On May 17, Narendra Modi revisited Varanasi to witness a pooja performed at the Kashi Vishwanath temple. After the ritual at the temple, he moved to Dashashwamedh Ghat where an aarti was performed along the river. The aarti was more than a spectacle. As a ritual, it echoed the great traditions of a city, as a performance it was riveting.

“As the event was relayed on TV people messaged requesting that the event be shown in full, without commentary. Others claimed that this was the first time such a ritual was shown openly. With Mr. Modi around, the message claimed ‘We don’t need to be ashamed of our religion. This could not have happened earlier.’

“At first the message irritated me and then made me thoughtful. A colleague of mine added. ‘You English speaking secularists have been utterly coercive, making the majority feel ashamed of what was natural.’ The comment, though brutal and devastating, was fair. I realized at that moment that liberals like myself may be guilty of something deeper.”

This is the new Bharat and Bharatiya people alongside the whole world who can sense this phenomenon rising. Yet if truth be told, this Bharat is not new at all. It is in fact the outmoded, cast-off Bharat. Shrouded in the shadows of fallacious propaganda this antiquated yet evergreen and an eternal entity that favors self-reliance and collective strength is our very own “Bharat”. Since “Vasudhaiva Kutumbakam” (the world is my family) and “Sarvepi Sukhinah Santu” (may all be blissful and happy) are the bedrocks of our civilizational foundation, the resurgence of Bharat’s identity and its emphasis over self-reliance and self-sufficiency should not be perceived as a threat. It is in fact an invitation to the whole world to come to dive deep in the bliss of the revival of our reverential view of life because it is the same Bharat that is reawakening.