Nationalist Congress Party (NCP) Supremo Sharad Pawar is in the news these days for his sarcastic remarks on Ram Mandir and Coronavirus pandemic. Addressing a press conference in Solapur recently, he said, “We are all thinking of how to fight the battle against Coronavirus but some people think that coronavirus will be mitigated by building a temple. But our priority is to see how to improve the economy which has been affected due to lockdown.” 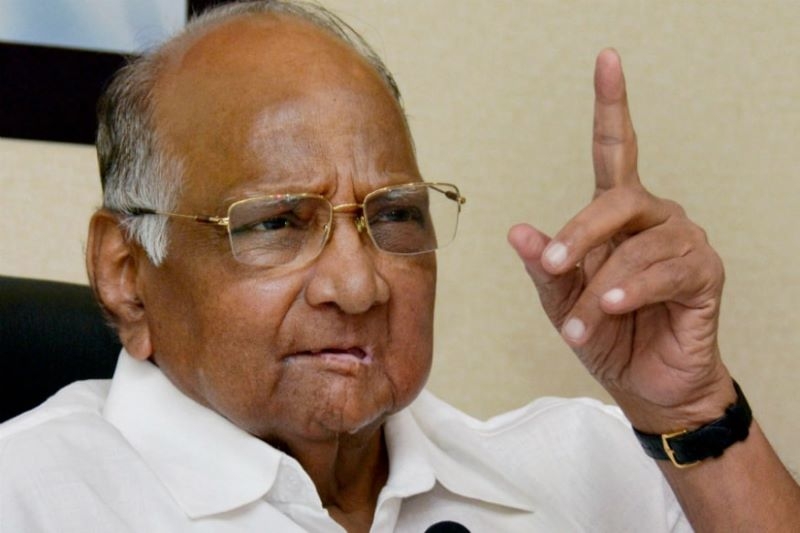 That’s fine. Nobody stopped the three-wheeler MVA government of which Mr. Pawar is the main architect and holds the remote controls, from taking preventive measures at the beginning of the pandemic and later implement corrective measures when it assumed serious dimensions.

But the MVA Government failed miserably on both the fronts. Result: Maharashtra tops in coronavirus infections, deaths, crass negligence on medical fronts, and even criminal neglect on part of the officials who are supposed to man the entire facility. Of course, the political bosses like Mr. Pawar do not escape their share of blame in this mismanagement of coronavirus pandemic in Maharashtra.

Therefore, Mr. Pawar’s diatribe against the proposed August 5 foundation-laying ceremony of the Ram Mandir, for which the Prime Minister is likely to visit Ayodhya, seems to be a well thought out ploy to divert the attention of the people from the failure of the state government on the corona front.

On the face of it, Mr. Pawar’s sarcastic comment is most ridiculous and indicates the mental state of the octogenarian leader. As senior BJP Leader and Rajya Sabha MP, Dr. Subramaniam Swamy said, we need more mental hospitals for people like Mr. Pawar who see nothing but politics in such issues of national honor and hero worship.

Corona and Ram Mandir are two issues that have nothing in common and therefore cannot be compared. Fighting the COVID-19 pandemic is done on a different level while the construction of Ram Temple is a different issue. It is the culmination of the 500-year-old struggle of Hindu society which is the backbone of this country since times immemorial.

That is why when such a ridiculous comment comes from a leader of Mr. Pawar’s stature, it surprises all. Has Mr. Pawar lost mental balance while trying to manage the ‘Self-Quarantined’ Chief Minister of the state? How can he compare corona and Ram Mandir in such a way? No leader worth his salt associated with the Ram Temple project has ever claimed that building a temple would be the best deterrent of COVID-19. Mr. Pawar, in the first place, must apologize to the nation for such rude and ridiculous and insulting comments.

It is true that there are very few takers for Mr. Pawar’s comments as the majority of the Indians have welcomed the decision on the foundation laying ceremony of the Ram Mandir including the Muslims. A good number of Muslims under the banner of the Muslim Rashtriya Manch (MRM)have pledged their support to the construction of the temple of ‘Imam-E-Hind’ Sri Ram at Ayodhya. So, if Mr. Pawar was aiming at placating and appeasing the Muslim voters through his comment, he may not get the desired results now.

And what is the past record of Mr. Pawar?

Remember he was the first Congress leader to visit the site of destruction and demand the reconstruction of the ‘Babri Mosque’ there. He was the chief minister of Maharashtra when there were riots in Mumbai as an aftermath of Babri demolition. He was insisting on building a Haj House in Mumbai when Maharashtra was reeling under severe drought.

It is not that he is unaware of these facts that this country belongs to Hindus. The people of this country worship and admire Sri Ram as their national hero and Babri mosque was build over the destruction of the original temple that belonged to Sri Ram. This fact was brought to the fore by a Muslim Archaeologist K K Mohammad in most unequivocal terms. And the Supreme Court delivered its November 9, 2019, historical judgment based on the factual shreds of evidence.

It is true that the Narendra Modi government got the opportunity to end the long ‘vanavas’ of Sri Ram and we are fortunate enough to witness this glorious moment in our lifetime. Bharat has always honored diversities of thought, ideologies, and philosophies but not at the cost of insulting national heroes or symbols. And Mr. Pawar did exactly that! In his five-decade-long political career Mr. Pawar did nothing to raise the standard of public discourse. Instead, he indulged in the game od vote bank politics by appeasing the Muslim voters.

All are well aware that by building Sri Ram Mandir, the corona will not go. But the very construction of the temple will rejuvenate this nation to its ancient glory which people like Mr. Pawar won’t understand at all. August 5 will go in the history of Bharat as a ‘Red Letter Day’ as it would mark the resurgence of a New Bharat that would guide the world on to the path of peace, progress, and prosperity with a humane touch. The advent of Ram Rajya is not far now, and it would be better people like Mr. Sharad Pawar understand this lest they become obsolete and outdated in the Indian political and social milieu.