Total Views |
-Anjali Ankad
Mahendra Singh Dhoni - the former Indian captain who earned all the three ICC titles when India lifted its second ICC Cricket World Cup after 28 years under Mahi in 2011, won the ICC WT20 in 2007 and defeated England in the 2013 Champions Trophy, turns 39 today! 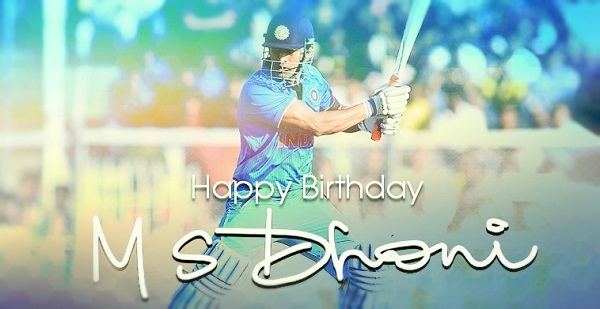 Having said that, Dhoni has been out of action since the World Cup 2019 staged last year whereas the Indian team has played several matches post the World Cup. However, Dhoni was not part of it. He was fully charged for the Indian Premier League, this year but the staging of the event has been postponed due to the coronavirus pandemic as many speculated that this could mean a chance for the Indian skipper to find a place in the playing XI.


In his absence in the team, there are few crucial things we miss about him-

1) Death Bowling thrills
Most of the cricket fans vividly would remember the last over-spell bowled by the all-rounder Hardik Pandya in T20 World Cup 2016 against Bangladesh. It is still thrilling to watch that over again. Such moments are remembered only when the captain advises the bowler to bowl calmly in such high-pressure games. During Dhoni's captaincy, there were many times when he took everyone by surprise and introduced bowlers to bowl the death overs who were not usually entrusted with such responsibilities including Jasprit Bumrah and Bhuveneshwar who have eventually bowled in the death overs.

Another example that can give goosebumps is the heart-pounding moment when Joginder Sharma was handed the last over in 2007 T20 World Cup final when Harbhajan Singh had an over left. Similar was the case in 2013 Champions Trophy final when Dhoni handed the ball over to Ishant Sharma to bowl the 17th over even though he was the most expensive Indian bowler in the match.

When it comes to helicopter shots, the first picture that comes to mind is MS Dhoni. This itself can tell us how much this batting gesture was an iconic shot. Being one of the most unorthodox cricketing shots, this shot was introduced in international cricket by Dhoni. A high back-lift, brute force and precise timing to execute the shot and the results are often unbelievable. The shot was regularly played by Dhoni during his initial days and was also seen in IPL. It is also practiced by a few of the cricketers including Hardik Pandya.


The Decision Review System (DRS) has been abbreviated as the Dhoni Review System by the fans and experts. Giving the nickname is not incorrect as there are several instances of the Indian wicketkeeper’s accurate judgments for taking a review whenever India’s appeals are turned down by the umpires. He had mastered this art of executing successful reviews straight away. Even, the current captain Virat Kohli gives a go-ahead if Dhoni agrees to it. Such is his accuracy in getting the review successful in favor of India.


It is actually a fact that India’s success percentage with DRS drops below 40% in the absence of Dhoni. In 2018, in the test series against England, India tried their luck with DRS 12 times out of which they were wrong 11 times.


One of the most entertaining moments was Dhoni being quirky in front of wickets where the mic was installed "Jaag ja jadeja," or "Ek line pakad ke daal" (to Umesh Yadav), "five wickets chahiye toh thoda mehnat karna padega Ojha," or "Badri ki beti hui hai, uske liye yeh match jeet lo," will be forever classic. His funny taunts, instructions and asides from behind the stumps as caught by the stump-mic prove that he is a man for all seasons. This will be definitely missed!

When he was asked about how he had excelled so much in wicketkeeping skills whether it was experience, skills, or instincts, he said, "All three because instincts are formed due to the experiences." Though it seems easy as the hands just moved forward- collect, and swoop down on the bails, but this magic is not everyone's cup of tea. It’s the speed of his mind that stands out the most. There are many stumpings where everyone- fans, the on-field umpires, batsmen are surprised because of his speed.
MS Dhoni Cricket Wicket keeping Indian Captain Hardik Pandya Virat Kohli