Ram temple will become base of a strong and glorious Bharat: Dr. Surendra Jain 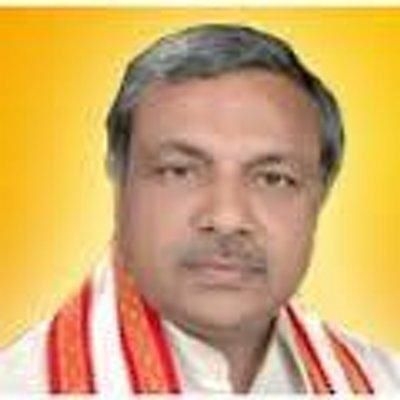 In a statement issued here on Saturday, Dr. Jain said that no one can tarnish this fulcrum of national glory. The Hindu society fought continuously for 492 years to undo the debasing of the signature superimposed by the foreign invader Babur on the birthplace temple of Sri Ram at Ayodhya.

In the latest mass struggle that started in 1984 CE, 160 million Ram Bhakts (devotees) and more than 3 lakh villages of Bharat participated. This struggle continued till the historic verdict of the Hon'ble Supreme Court of Bharat delivered on November 09, 2019.

It was the result of this, one of its kind, cultural freedom struggle that Babur’s outlandish superimposed structure, that disgraced our pride and nationhood, is no longer there, and the resolve to build a stately temple to our great Patriarch Bhagwan Sri Ram is going to soon materialize steadily by degrees, he said.

He further said that the history of Ram Janmabhoomi movement is a rousing journey of pride of the country going “from Self-Guilty/Troubled Conscience to Self-Confidence and Clear Conscience".

We won after nearly 1,000 years of continuous struggle against foreign invaders, but, the divisive, disruptive, and discordant politics of pseudo-secularism tried to frustrate the country's self-esteem, cultural underpinning, and bedrock.

Hindu society was not only being divided on fictitious grounds but also an insidious effort was on to plant a complex of inferiority in Hindu minds and hearts. This organic movement has expunged all manufactured and contrived fault-lines of division.

The VHP leader said that the Hindus have identified with one another, united and organized by rising above avowals of caste, creed, language, region, etc. Filled with pride, millions of Hindus today declare: “Garv se kaho Ham Hindu Hain” (Proudly say, we are Hindus).

As a result of this self-respect, confidence, and national pride, the divisive politics of Bharat is disappearing from all walks of life. The entire country is now full of confidence and bringing welcome changes in every field of life for all-round welfare. Also, Bharat is making its debut as a superpower on the global stage, Dr. Jain said.

Dr. Jain further said that pride of nationality is an important motivating element for any country, but due to the politics of divisive appeasement, the definition of the nationality of Bharat was confused, a national crisis of identity was being created. Now Bharat’s nationality cannot be linked to any foreign invader.

It is the inspiring narratives of the patriarchs and matriarchs of the nation that will define this. Who can be a better Patriarch than Bhagwan Ram? He has been accepted by the constitution of the country itself.

The VHP's Joint General Secretary also said that the pace of this welcome change is increasing rapidly. By the time the Kalash (pinnacle pitcher) of Bhagwan Ram's temple is established, all the divisive elements would have become irrelevant and faded into oblivion and nothingness and the resolve of a new Bharat, with self-esteem, poise, and self-reliance, would come true.