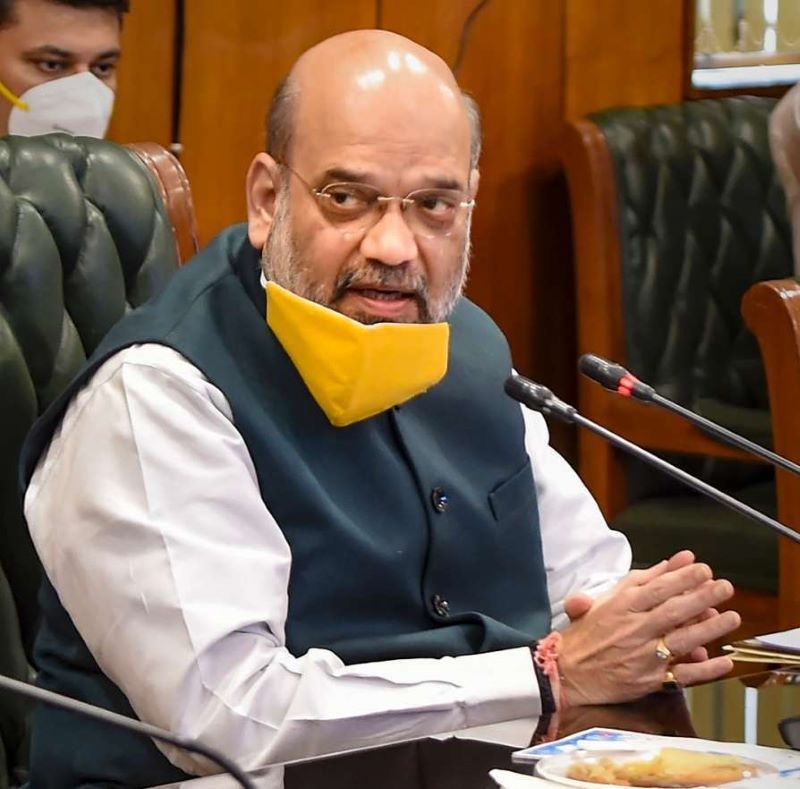 New Delhi, Aug 2: Union Home Minister Amit Shah on Sunday tested positive for Covid-19. The 55-year-old Home Minister is admitted to Medanta Hospital in Gurgram on the advice of the doctors.

Amit Shah said that he got tested for the novel coronavirus and has been admitted to hospital after founding positive. In a tweet, Shah said he got tested after showing Covid-19 symptoms and requested all those who had come in contact with him in the last few days to get tested and isolate themselves.

“On getting the initial symptoms of coronavirus, I got the test done and the report came back positive. My health is fine, but I am being admitted to the hospital on the advice of doctors. I request those who came in contact with me in the last few days to get tested for coronavirus and isolate themselves,” Amit Shah tweeted.

Earlier in the day, Uttar Pradesh minister Kamal Rani Varun, who had earlier tested positive for the novel coronavirus, died due to the infection in Lucknow. Varun, 62, was the minister of Technical Education in the Uttar Pradesh cabinet and MLA from Ghatampur seat in Kanpur Nagar.

Prime Minister Narendra Modi expressed his grief over the demise of Kamal Rani Varun. In a tweeter message, Modi said he was deeply pained to hear the news of her death. Her life was dedicated to social service and she played an important role in strengthening the BJP in the state.

On July 25, Madhya Pradesh Chief Minister Shivraj Singh Chouhan tweeted the news of him testing positive for coronavirus. Chouhan has been regularly interacting with his ministers over video conference from his hospital bed and reviewing the situation in the state. Last week, in a video statement, Chouhan said he prepares his own tea and does his own laundry at the dedicated Covid-19 hospital in Bhopal.

“In the hospital, I make my own tea and wash my clothes on my own because one cannot give clothes for laundry when they are Covid-19 positive. Washing clothes has benefited me in another way. My hand was operated and despite physiotherapy, it did not work properly. Now, because of washing clothes using my hands, it works just fine,” Chouhan said.