NEP – A Path to Paradigm Shift 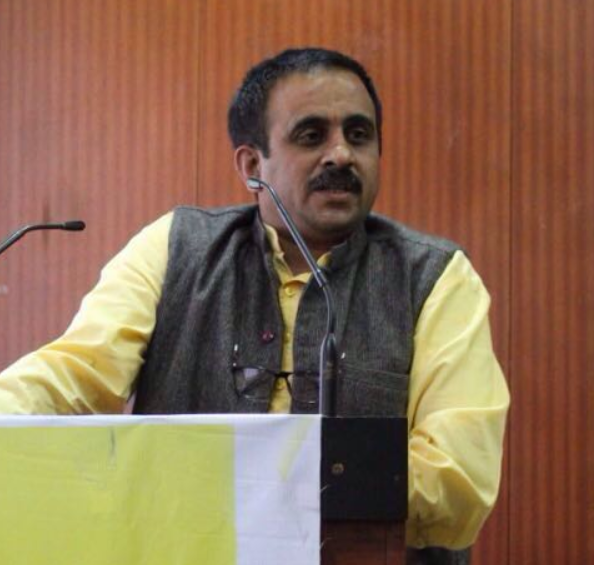 With the Gazette notification, the name of Ministry has been changed back to the Ministry of Education. This is the beginning of the implementation of the National Education Policy (NEP). Those who were skeptical about how and to what extent this National Education Policy will be implemented have got a reply in action that the government is very serious about implementing it. One of the oft-repeated criticisms of this education policy has been – It is too ideal to be implemented. But the government has shown its intention even before the policy was announced. A very ambitious provision in NEP is the creation of the National Research Foundation. This is really a momentous work because the layout planned is of 22 thousand crores to promote indigenous research and help the academic sector for innovation, IPR & other research-related matters. Even before the NEP was declared, the government in the budget of 2020, made a provision for the National Research Foundation to the tune of 200 crores, thus, laying a solid foundation.

The National Education Policy was formulated by the longest consultation process in the world. It probably is the only policy created with a truly democratic process. Consultations were held in more than 2.5 lakh villages with a participation of more than 33 crore people. All the people's representatives like MPs, MLAs, State ministers were consulted. The first draft was presented by T.S.R. Subramanian Committee and subsequently, the Kasturirangan Committee presented two more drafts. Voluntary organizations & government institutions conducted various discussions on these drafts. The final document of the policy which is 66 pages in English and 108 pages in Hindi is revolutionary. It has seeds of a total paradigm shift of education in this country. This is a long-awaited change.

In 1835, the Britishers converted all-inclusive Bharatiya education system into a government-regulated, restricted, elite education system. This was done with a motive to create loyal employees for the British Raj. After Independence, it was expected that this education policy will be completely given up and a more culturally rooted Bharatiya education policy will take its place. But this was never done. For 73 years, we not only continued with Macaulay’s education policy but strengthened it beyond any measures. What the Britishers could not achieve in Bharat was done by our own people – total commercialization, completely exam-oriented method, producing employees & beggars. This education system was waiting for a jolt. The whole population was expecting a miraculous change. This was expressed in wide & long consultations. The document of the policy has enlisted many problems of the present education system and provided systemic solutions for the same.

This policy is totally Bharat-Centric. In 1966, a commission for designing education for nation-building was formed under the leadership of a great visionary scientist Dr. D. S. Kothari, Founder of D.R.D.O. He has numerous achievements to his credit. One of them is the Kothari Commission report, the way it is known as. In the Preamble of this report, Dr. D. S. Kothari mentioned that the center of gravity of education even today after independence still lies in Europe which needs to be brought back in this country. This should have been the purpose of every subsequent policy. But this was not done. The commission report was never implemented. In 1986, new education policy was drafted under the leadership of another scientist Professor Yashpal but the main mastermind behind that policy was a technocrat Named Sam Pitroda. This new education policy in fact completely changed the purpose of education. Before that, even in the British era, right from Philip Hartog Committee in 1929 to the Kothari Commission in 1966, education was never aimed at creating employment. For the first time in 1986, the aim of education was reduced to just giving employment under the slogan ‘Employment-oriented education’. Though Macaulay wrote to his father that I have created an education system that will produce loyal servants for the British Raj, in the Education Policy or the language of Indian Education Act 1835, the aim of education was NOT mentioned as employment.

After 34 years, we have an education policy which is titled National Education Policy – राष्ट्रीय शिक्षा नीति (Rashtriya Shiksha Niti). Is it really Rashtriya? Does it have all the components which will make it a Bharat centric education system? Can the whole system be revamped to have the center of gravity back into this country? That is the question.

When we analyze the document, we find that there are many such provisions, which if implemented completely with political & administrative will, will result in this much-needed paradigm shift. One of the important decisions is renaming of the Ministry to its original title – ‘Education Ministry’. This is not just a change of title, but a shift in approach. In 1986, the New Education Policy completely privatized & commercialized education and thus market was the target. Hence, the market-oriented word ‘HRD’ (Human Resource Development) was given to the Ministry. Now that the name of the ministry has changed back to education, we hope that this market orientation will be replaced with the cultural aim of education. Education needs to create culturally rooted, socially-oriented, nationalistic global citizens. This is the aim of the National Education Policy - 2020. Thus, the change of name would change the viewpoint.

Another very significant shift in this education policy is from rigidity to flexibility. The pattern of school education which was made 10+2 in 1986 has been changed to a more flexible structure of 5+3+3+4. Thus, the Early Childhood Care and Education (ECCE) has also been included in the policy. This has happened the first time that education is taking care of a child of 3 years. Pre-primary education was predominantly being taken care of by private players. Government schools used to start at first standard. Anganwadis i.e. the pre-primary classes were not part of the Education Ministry but were looked after by the Women & Child Development Department. This policy states that Anganwadi should be clubbed with primary education. Three years of pre-primary and two years of primary is the first stage of five years which has been kept very flexible & play-like; no examinations will be conducted.

Examinations will start at the primary stage that is standard 3rd to 5th. Introduction to reading, writing will be done in a more structured form. The next three years will be preparatory 6th to 8th standard. The most flexible part is the Higher School Education i.e. 9th to 12th. This has been made completely flexible. The watertight compartments of streams such as Science, Arts & Commerce have been done away with. Now, any student can take multiple subjects. If a student wants to learn music with physics or literature with mathematics, with the new flexible structure, it is possible. A semester system will be introduced at this stage and 40 credits will have to be attained in four years. Thus, diluting the tension & stress of board examinations by spreading it over four years. Vocational subjects are also being made a part of this stage. This is a welcome change and it is a breath of fresh air that has been put into the education system which will allow students to follow their passion and at the same time, achieve academically. The same flexibility continues in higher education also.

Graduation is made more flexible with multiple entries - multiple exit options. If somebody leaves the course after one year, he will get a certificate. If he completes two years but cannot continue, then he will get a diploma; after three years, a Pass degree and Honors Graduation degree after four years.

This flexibility is not just in the structure but also in the choices of subjects. Even at the graduate level, major & minor system of selection of subjects allows the student to choose cross-stream subjects. Thus, the watertight compartmentalization of disciplines has been done away with. A real multidisciplinary approach has been included in the education policy.

Another very important provision in the policy is about the languages. Bharat is such a diverse country with more than 44,000 dialects as mother tongues and 22 official languages in the Eighth Schedule of the Constitution. There have always been controversies over how a language should be taught in schools & colleges. With this new policy, a very flexible yet Bharat-centric language policy has been introduced. It is mentioned that primary education till the 5th standard and if possible, until the eighth standard should be in the local medium. The exact words used by the policy are mother tongue/ Home language/ Regional language. Thus, there will be no controversy as one can choose in which language he wants to be instructed. This is about the medium of instruction. English as a subject will be introduced in the primary classes, but it need not be the medium of instruction compulsorily. Even in Higher Education, including professional courses like Medical, Engineering, etc. a provision has been made for providing an option of Bharatiya language medium. This is a great revolution.

Thus, the policy if implemented in its entirety will allow a student to complete his studies right from primary to the research level without being forced mandatorily to study English. He will have the option to study English, but he will not be forced to study English. That is very necessary. After 200 years of imposition by the government and the market, even today only 12% of the population said that they know English in the 2011 census. 88% of the population does not know English. They are afraid of this foreign language. They are being forced to study because of peer pressure, social prestige & employment opportunities. With the implementation of the National Education Policy, employment opportunities will be available in Bharatiya languages. This will encourage the parents to send their children to the mother tongue medium schools, especially in the primary classes.

The next revolutionary aspect of this education policy is the approach towards internationalization. This policy talks about global citizens but, it does not merely speak about following the West blindly. In fact, in the point of internationalization, this policy specifically uses the word Vishwaguru – Guide of the World. Thus, it says that foreign universities will be allowed to open their campuses with the proper legal framework in this country. But before that, our own universities with top rankings & excellent academic facilities will be encouraged to open their campuses world over. At the same time, all our universities will have a special facility to attract foreign students. Thus, reviving the traditions of Nalanda & Takshashila where foreign students used to line up and wait for years in large numbers to get admissions. This Vishwaguru Bharat has been a vision & dream for all of us. National Education policy lays the foundation to achieve this dream.

Another very important aspect of National Education policy is its all-inclusiveness. It especially mentions the socio-economically disadvantaged group (SEDG), thus, makes special efforts to include all Bharatiyas in the education system irrespective of their caste, religion, or geographical positions. Not only the SC/ST but, the policy also mentions that the children with special needs and ‘Divyanga’ – specially-abled will also be given special attention. That is the all-inclusiveness of this policy.

There are many such points. This policy has created a very positive vibration in the whole country. Almost all the sections of society and academia have welcomed the policy. Those who are opposed to their political and other ideological reasons are in a fix as to how to criticize it. Hence, most of the criticisms are either without reading the original policy or without any logic. The only criticism is – This is too ideal to implement. ‘Will you be able to implement it?’, that is the question they ask. The question itself tells that they agree with the policy and want it to be implemented. This is the success of the policy. We hope that this policy paves the way for this ancient country to actualize its potential and gain its rightful position in the Family of Nations.