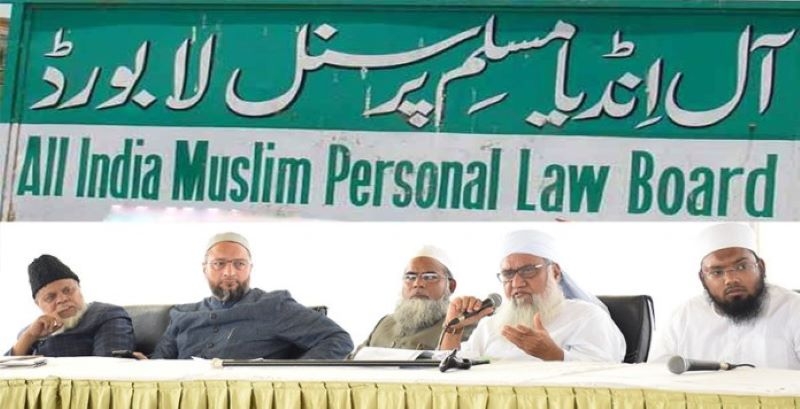 New Delhi, Aug 6: Perturbed and heartbroken over the magnificent bhumipujan ceremony of proposed grand Ram Mandir at Sri Ram Janmasthan, Ayodhya held on August 5, the All India Muslim Personal Law Board (AIMPLB) has proclaimed: “Babri Masjid was, is, and will always be a masjid”.

Ahead of the proposed bhumipujan event on August 5, the Board referred to #HagiaSophia mosque in Turkey and said in a tweet that the land was usurped and further termed the judgment as majority appeasing.

The #Hagia Sophia mosque was once again converted to its original position by the Turkey President Erdogan. It the mosque was a church and was converted into a museum in 1935. A Turkey court annulled the 1934 government decree of converting Istanbul’s Hagia Sophia into a museum, ruling it was unlawful. This ruling paved the way for its reconversion into a mosque despite international warnings against such a move.

The same stand is adopted by the AIMPLB and self-proclaimed leaders of the Muslims like Asaduddin Owaisi in case of Sri Ramjanmabhumi insulting the Supreme Court judgment and trampling the Constitution.

#BabriMasjid was and will always be Masjid. #HagiaSophia is a great example for us. Usurpation of the land by an unjust, oppressive, shameful, and majority appeasing judgment can’t change its status. No need to be heartbroken. Situations don’t last forever. #ItsPolitics”, a tweet by the AIMPLB’s official twitter handle read.

Meanwhile, the AIMIM leader and MP Asaduddin Owaisi also supported the AIMPLB stand by stating that Babri Masjid was, is, and will be there. In a twitter message he said, “#BabriMasjid thi, hai aur rahegi inshallah #BabriZindaHai.”

In its November 9, 2019 judgment, the Supreme Court had ruled in favor of Ram Lalla, the presiding deity of Sri Ram Janmsthan at Ayodhya, and said the entire 2.77 acres if disputed land should be handed over the deity. The apex court has also asked the Centre to handover five-Acer land to the Sunni Waqf Board for construction of a mosque.

The verdict was accepted by the Sunni Waqf Board that declined the request for a review of the judgment. Initially, it denied the five-acre land offered by the government but later said that it will declare its stand later. Asaduddin Owaisi was at the forefront of not accepting this land. The AIMPLB however, accepted the land latter.

But the AIMPLB said it would go ahead with the review petition against the Supreme Court judgment on Ayodhya. The Board said that exercising their ‘Constitutional right” they would file a review petition in the Babri Masjid case in the first week of December.

It added that the Sunni Waqf Board’s decision against the review of the apex court verdict would not legally have any effect. “All Muslim organizations are on the same page”, the Board had said.

The Board appealed to the Muslims not to lose heart over this development, once we get a chance, we will remove the Ram Mandir and re-establish the Babri Masjid where it was.

This is nothing short of a threat by the Board and an attempt to create an atmosphere of hatred against the Supreme Court for its judgment favoring the Hindus. The fact is the majority of Muslims in India have accepted the Supreme Court judgment and even supported the Ramjanmsthan Movement. 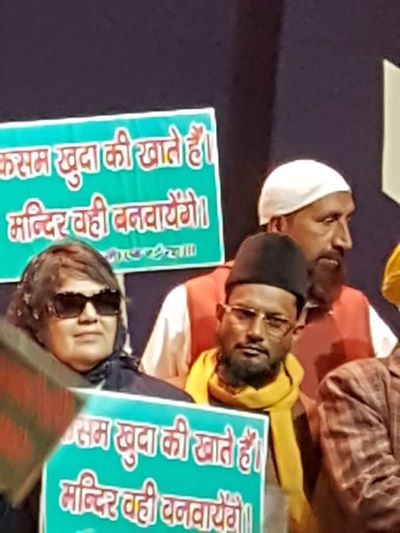 Under the banner of the Muslim Rashtriya Manch (MRM) the Muslims of India have extended their wholehearted support for the construction of the Ram Temple at the birthplace of Sri Ram whom they considered as ‘Imam-e-Hind’. Thousands of MRM activists fanned into the Muslim areas, villages, and localities to explain to them the real situation and persuade them to accept the Supreme Court judgment peacefully. The Muslim masses happily agreed with the MRM view and accepted the verdict.

The AIMPLB had become redundant in respect of its stand on the inhuman practice of instant triple talaq when it vehemently opposed the proposed government law against the practice. The Muslims who supported the government more to ban triple talaq rejected the AIMPLB and stood with the government in solidarity as the decision restored the honor of nearly 8.5 crore Muslim women and liberated them from the humiliation and untold miseries.

It is beyond doubt that the Muslims in India would stand against this attitude of the AIMPLB and the leaders like Asaduddin Owaisi and frustrate their moves to undermine the judiciary and constitution of the country by supporting the construction of the grand temple of ‘Imam-e-Hind’ Sri Ram at his birthplace in Ayodhya at the site where the Prime Minister performed the bhumipujan on Wednesday.