The India Way – Strategies for an Uncertain World 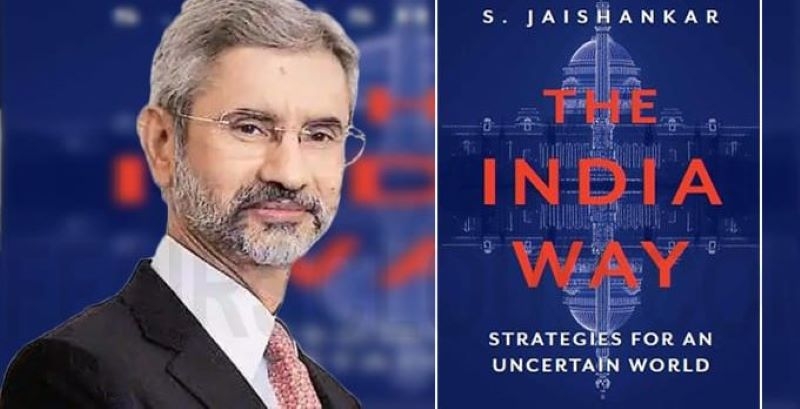 By the time I finished reading the news item on publication of this book authored by India’s External Affairs Minister, I had made up my mind to immediately purchase and read it, for mainly three reasons:

1. That the book is written by a minister while in office and who would himself be in charge of India’s international relations and strategies, which the book was supposed to be all about

2. The current stand-off with China and the emerging situation

3. The Corona pandemic which would supposedly change the dynamics of international relations and strategies

The book contains the author’s viewpoint and thoughts on eight different topics which are instrumental to the framing of strategies on international relations, keeping India as the focal point.

The post- 1945 era was characterized with a Cold War and rise of political Islam, the break-up of the USSR, globalization, the rise of nationalism, rising competition and emergence of new players and middle powers, changing colors of the US-China relationship, the gradual weakening of the US in the recent past, the 2016 political change in the US resulting into frictions between US-China and the like.

It is against this backdrop that Dr. S. Jaishankar looks at the strategies employed by India which have changed from simply watching with indifference to the major events and allowing the world to define what India does, to proactively defining itself and responding, thereby contributing to the shaping-up of the new world order.

The book takes us through how the Indian foreign policy has evolved since Independence in six phases starting from 1946 till today. From optimistic non-aligned diplomacy, in the beginning, the foreign policy has taken a turn towards being more energetic in the current world of convergences and issue-based arrangements. While listing out the lessons learned from the past, the book also highlights the successes.

‘The balance sheet for India’s foreign policy after seven decades presents a mixed picture. National development is at the heart of any assessment, and it is difficult to quarrel with the view that there has been significant progress, but not enough’ observes the author.

On managing China’s rise, the author opens with a very emphasizing remark: ‘The ability of India and China to work together could determine the Asian century’. While listing out the tradition of strong intellectual, religious, and commercial contacts with China the author also dwells into the realities which encompass the difficult aspects of the ties.

‘Striking a judicious balance is not necessarily easier with the passage of time. More than on any other relationship in the world, the long view must prevail’ is what emerges as the author’s view on the India-China relationship. The best part is his concluding reference to draw from the learnings from the ‘Nimzo-Indian defence’ a popular strategy used in the game of Chess by the player who plays black! 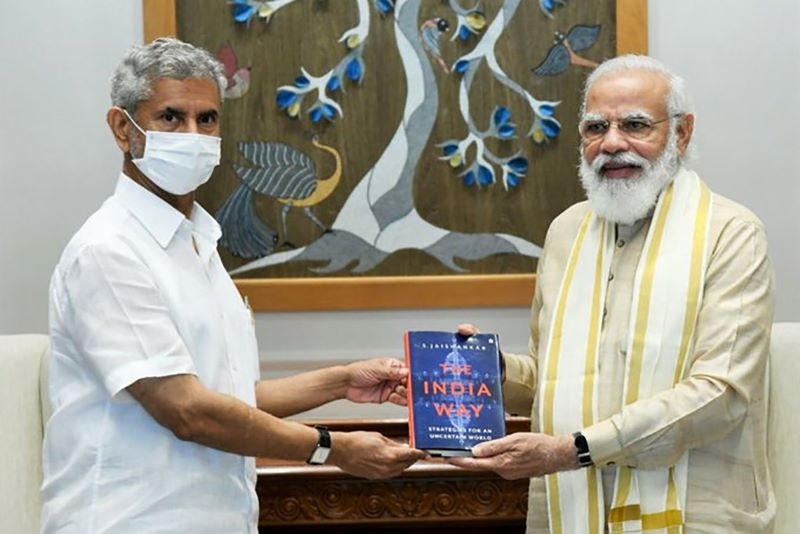 The chapter which I liked the most is that which is titled ‘Krishna’s Choice’. The author beautifully uses the analogy of the great epic ‘Mahabharata’ and tries to draw from the rich cultural heritage which India has. ‘The Mahabharata is indisputably the most vivid distillation of Indian thoughts on statecraft. Unlike the ‘Arthashastra’, it is not a compendium of clinical principles of governance. Instead, it is a graphic account of real-life situations and their inherent choices’ writes the author.

‘One aspect where the strategic landscape at the time of the Mahabharata bears resemblance to our current world is in regard to the constraints that operate on competitors’ is an important observation made by the author. The thoughts expressed compare various situations, people, and their relationships, events, and strategies that have been encompassed in the epic to the current people, nations, and strategies. It is an excellent perspective which the author has rendered to this complex subject of foreign relations!

Dr. S. Jaishankar has had an illustrious career of more than four decades as a professional diplomat in various facets of diplomacy. He is therefore the best person to understand the nuances of international relationships. The emphasis on ‘Looking East’, augmenting the maritime strengths, improving India’s position in the ‘Asian Balance’ can be best laid, with him having a ringside view of the global events. His views on how the world may shape up post the pandemic, are extremely important. Dr. Jaishankar has put all this in very simple English for which he deserves a big compliment!

The book is a must-read and I am sure, voracious readers would also find many things to read between the lines!

TITLE: ‘THE INDIA WAY – STRATEGIES FOR AN UNCERTAIN WORLD’