The Monk who won the hearts at the World’s Parliament 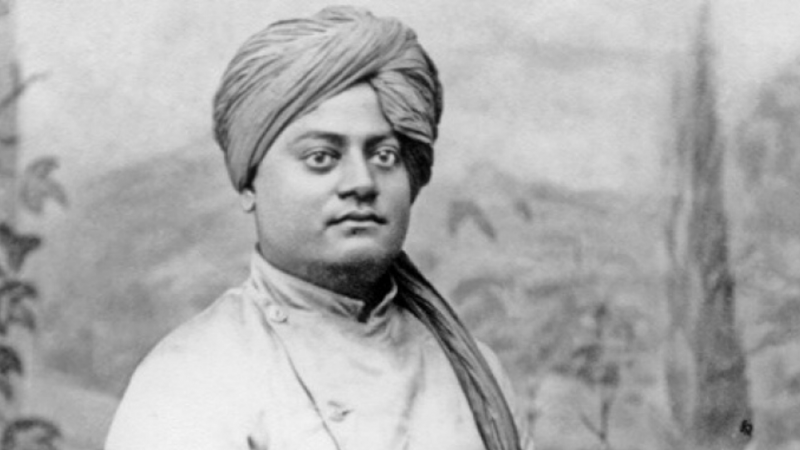 Narendranath Dutta called Naren, son of Viswanath Dutta and Bhubaneswari Devi took birth on 12 January 1863 at Kolkata became the most sought-after teacher of the world.

Having a question in his mind on the existence of God restless Narendra asked, “have you seen God? Thakur Ramakrishna answered him, “Yes I have seen him just as I see you here, only more intensely”. With the reply of Thakur Ramakrishna, Narendra felt assured of meeting someone who is capable to address his long-standing queries. There onwards the disciple and his guru got connected to each other. Under the spiritual guidance of Thakur Ramakrishna, young Narendra became more closer to the aim of his life. A young man who was searching to meet God realized that God is manifested in every living beings, human, animal, and plant. ‘जीबे जीबे शिवः स्वरूपं’, God is manifested in everything that is alive. This was the transformation of a disciple under the guidance of his guru. Young Narendra became extraordinary under the company of Thakur Ramakrishna and understood the mission of his life, and that is the regeneration of this nation, Bharat Varsha. Narendra being good at singing in his young days, someone has said, had he not been met Thakur Ramakrishna Paramahansa Narendra would be a great singer.

After the Mahasamadhi of his guru Thakur Ramakrishna Paramahamsa in August 1886, Narendra took the vow of sanyasa and decided to know more and more about Bharat. As a wandering monk, Narendra started visiting throughout the country extensively and came across the extremely miserable condition of fellow countrymen were living at. Having a deep love for the people in his heart, he started realizing, the reason behind such difficult conditions of our people and what could be the way out to alleviate their difficulties. Narendra came to meet many leading personalities of our country and one among those was, the maharaja of Khetri, Rajasthan, Ajit Singh who later suggested Narendra the name ‘Vivekananda’.

Finally ended his long journey at Kanyakumari, the southernmost point of our country and with the intense desire to alleviate the sufferings of people, he prayed before Mata Kanyakumari at Kanyakumari temple. He swam across the sea to the rock inside the sea and sat there on meditation. It was for 25, 26, and 27 December 1892, Swami Vivekananda sat on meditation for the country. This meditation transformed Narendranath Dutta to Swami Vivekananda. He meditated on the past, present, and future of our country. How can a country having glorious past, go through such difficult conditions of its people at present, and if it prevails then what will be the future of this great country? He meditated on, the ways for the regeneration of this country. He hit upon a plan to go to the west for spreading the rich spiritual tradition of our country throughout the world and seek support for the upliftment of the people of our country. 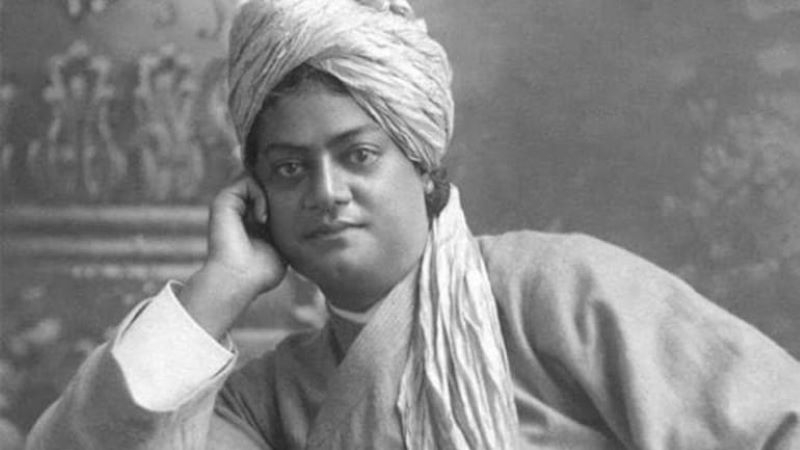 World’s Parliament of Religions (WPR) was scheduled to be organized in September 1893 at Chicago, America and he decided to go there and represent Sanatana Dharma there. Maharaja of Khetri and Mysore provided him financial support for his journey to the west.

On 31 May 1893, Swami Vivekananda started his journey to America from Bombay (now Mumbai) by ship. The ship passed via China, Japan, and Canada. While admiring the industrial progress in Japan, Swami Ji realized, if Japan can make such progress, why can’t Bharat. Swami Ji reached Chicago about the middle of July 1893. The WPR was to be held in September and Chicago being a costly city, Swami Ji could realize the difficulty to meet the living expenses, he decided to move to Boston.

Except for the strong will and determination to seek help for the betterment of his countrymen, the monk was having no one else known in America. Finally, his talent got him introduced to Prof. John Henry Wright of Harvard University. Though the ordinary monk from Bharat was alone there, the professor got deeply impressed upon his talent. Swami Ji shared with Prof Wright about the plan to take part in the WPR at Chicago but without any credential, he will not be able to take part.

Listening about the credentials of the monk, Prof Wright said; “To ask you, Swami, for your credentials is like asking the sun to state its right to shine!” Prof. Wright wrote a letter to the organizers of WPR, “Here is a man who is more learned than all our learned professors put together.”

Having such a letter of recommendation from Prof Wright, Swami ji reached Chicago on 9 September 1893. Forgotten the address of hospitality for the delegates of WPR, having no one familiar, Swami ji was having no place to spend the night at Chicago. Seeking help, the monk knocked many doors that evening but the monk was welcomed by none that night. Finally, he spent the whole night at a railway freight-yard under such cold conditions in Chicago city.

The WPR was opened on 11 September 1893 at the Art Institute of Chicago and Swami Vivekananda was allowed to address the parliament of religions. The hall was full of nearly 7000 audiences. Never before come across such a huge assembly, the young monk felt nervous. But with the intense love for the motherland and for the fellow countrymen, the firm determination to do something for the underprivileged, remembering Goddess Saraswati, Swami Vivekananda started his speech by addressing “Sisters and Brothers of America”. It fills my heart with joy unspeakable to rise in response to the warm and cordial welcome which you have given us. I thank you in the name of the most ancient order of monks in the world; I thank you in the name of the mother of religions……….”

Listening to his address as sisters and brothers, there was an electrifying effect on the whole audience. Though there were three more speakers before him already addressed the audience as sisters and brothers, Swami Vivekananda’s address appealed to the huge distinguished gathering. It was not just the use of mere ornamental words but a sincere expression of oneness from the core of his heart. The World’s Parliament realized the concept of oneness and the whole world is one family. The monk won the heart of the world’s parliament. The concept of Viswa Bandhutwa was realized by the whole world.

(This is mine, that is his, silly minds think like this but generous are those who thinks the whole world as one family).

Swami Vivekananda said, “I am proud to belong to a religion which has taught the world both tolerance and universal acceptance.” “I am proud to belong to a nation which has sheltered the persecuted and the refugees of all religions and all nations of the earth.” It certainly felt great to those who had earlier believed the principle of, mine is the best and only religion.

The next day all newspapers described him as the greatest figure in the World’s Parliament of Religions. The simple man became the man of the hour. An unknown monk became the most sought-after World Teacher. The monk who was not welcomed by anyone the day before, became most loved and everybody wanted to be his host the next day. The monk was given a royal reception. Everybody wanted to listen to Swami Vivekananda. He spoke at WPR again on 19 September and at the final session on 27 September 1893. Listening to him at WPR American people said, “how foolish it is to send missionaries to this learned nation! They should send missionaries to our country.” Mr. Merwin-Marie Snell, the president of the Scientific Section of the Parliament wrote: “By far, the most important and typical representative of Hinduism was Swami Vivekananda, who, in fact, was beyond question, the most popular and influential man in the parliament….. America thanks India for sending him, and begs her to send many more like him.”

The golden words of Swami Vivekananda, spoken before the world community in 1893 is relevant today even after 127 years and will continue to be relevant for generations to come.

(The author teaches chemistry at the University of Delhi. Views expressed are personal).