Can Xi Jinping be Trusted? 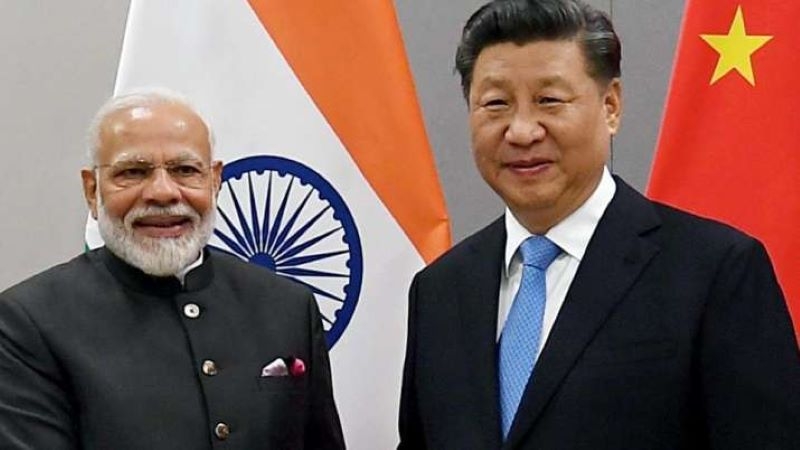 As reported by CNN, in a speech to the United Nations General Assembly (UNGA) on 22nd September 2020, Xi Jinping (Head of the CCP, Commander-in-Chief of the PLA and the President – hailed as “core”, or ‘Hexin’ representing tokens of power used to describe strong leaders invented by Deng, a way to advertise dominance), urged the world to "join hands to uphold the values of peace, development, equity, justice, democracy and freedom shared by all of us." Xi stated that “Beijing wants to continue to work as a builder of global peace, a contributor to global development and a defender of international order." As per China’s media mouthpieces, “China has no intention to fight either a Cold War or a hot war with any country.”

Furthermore, Xi Jinping also stated that “China is committed to peaceful, open, cooperative and common development, Xi said at the general debate of the 75th Session of the United Nations General Assembly. We will never seek hegemony, expansion, or sphere of influence.” Most importantly, Xi Jinping also stated that “China will continue to narrow differences and resolve disputes with others through dialogue and negotiation.”

Great sermons as an upholder of “Peace”! But, his rhetoric does not match with PLA actions on the ground in various theaters on its periphery and betrays his “Janus” face. If Xi Jinping is genuine in his pursuit of peace, he must abandon the doctrine of “Creeping Incrementalism and extended Coercion” as part of his “Chinese Dream”.

In particular, on the Indo-Tibet border, Xi Jinping must order his PLA to comply expeditiously with ‘3-Ds’ – de-escalation, disengagement, and de-induction of formations/units to peace stations.

The joint statement in circulation in the public domain after 7th round Corps Commander level talks on 20 September 2020 concerns de-escalation – the first step.

But, disengagement – 2nd step - means the restoration of the May 2020 status quo ante on the LAC that is, pulling back troops to positions and restoration of patrolling activity.

Finally, what about 3rd ‘D’ i.e. delineation and physical demarcation of LAC and its ratification as International Boundary?

In reality, Xi Jinping, on the external front, has been indulging in brinkmanship also with Taiwan. Recently, the PLA Air Force amidst heightening tensions in the South China Sea has repeatedly breached Taiwan’s airspace crossing the Middle Line. According to CNA, Beijing has sent two Xian H-6 bombers, 12 Shenyang J-16s, two Shenyang J-11s, two Chengdu J-10s, and one Shaanxi Y-8 anti-submarine aircraft near the southwest and northwest of the island nation.

What is most important is to note the exhortation of Xi Jinping, in his address during the second day of the country's plenary parliamentary session on 26 May 2020. Xi Jinping directed the PLA to scale up for war-like preparations and make themselves ready for the "worst-case scenario" amid the COVID-19 pandemic.

Also, at the two-day [28th and 29th August] 7th Tibet Work Forum attended by the senior Communist Party leaders in Beijing, Xi Jinping delivered a fiery speech calling China to build an “impregnable fortress” to maintain stability in Tibet, protect national unity and educate the masses in the struggle against “separatists”. It was hailed in the official Chinese media as “setting policy direction for Tibet”. Xinhua News, one of the Chinese Community Party’s (CCP) official mouthpieces, quoted Xi as saying, “Efforts must be made to build a new modern socialist Tibet that is united, prosperous, culturally advanced, harmonious and beautiful. Work-related to Tibet must focus on safeguarding national unity and strengthening ethnic solidarity. More education and guidance should be provided for the public to mobilize their participation in combating separatist activities, thus forging an ironclad shield to safeguard stability.”

And Xi Jumping’s “sinicization” of Tibet, but also Xinjiang to crush any dissent is well known in the international political arena.

Modi too had stated in his address to troops after the Galwan incident in June 2020 at Leh that “The sovereignty and integrity of India is supreme, and nobody can stop us in defending that. He vowed that the sacrifice of our soldiers will not be in vain. Modi also iterated that “India wants peace, but if provoked India is capable of giving a befitting reply.”

Ipso facto, both leaders are facing major challenges at home to overcome. They can ill afford to risk losing face over the disputed area on the LAC. After the Galwan incident, both leaders have deployed reinforcements that are facing each other in eye-ball to an eye-ball confrontation that can dangerously escalate anytime out of control by one action of a soldier suffering from hallucinations in Terrestrial Areas.

Both Xi Jinping and Modi have expressed their yearning for peace; but the assertive, aggressive, and expansionist actions of Xi Jinping on the ground not only against Taiwan and India but also in the South China Sea, the East China Sea against Japan and South Korea betray his postures behind the “Peace Mask” for nations attending the UN General Assembly sessions.

Let me also record the extracts of the latest article in Global Times that provides insight into Chinese coercion and arms twisting. As per the Global Times article “India's stubborn stance is an obstacle to China-India frontline disengagement. It is hard to expect a comprehensive agreement to be reached in just one or two meetings since the joint press release made no mention of “"complete disengagement" of their troops. There is good reason to believe that even with a temporary plan of disengagement, India will again make provocations when it perceives the international environment is in its favor.” Unambiguously, the author highlights the lack of mutual trust at the strategic level.

Furthermore, the author blames India for its negotiating tactic of insisting PLA withdraw from all friction points with a timeline, and give "free and unhindered access to Indian forces to all patrol points" in order to strike a deal thereby forcing Beijing to accept the LAC determined by India. If India continues to stick to such stubborn stances, no frontline disengagement will ever occur, and all forthcoming negotiations and talks will be meaningless. Finally, the author warns that “it is understandable for them to show a tough image to its own people, but such a display of Indian military muscle will have no effect on Beijing.”

Let me “nail the lies” in the Global Times by reviewing in brief outline the issue of Patrolling Points (PPs) and agreements in the past over the LAC to. PPs were identified by the China Study Group in 1975 on the basis of the LAC claim line, which are prominent landmarks that are marked on the LAC. They serve as a guide to the location of the LAC for the soldiers, acting as indicators of ‘actual control’ exercised on the territory by India. Over a period, posts have been established near the PPs.

There are five major agreements signed between India and China to ensure peace on the LAC to include:

· 1993 Maintenance of Peace and Tranquility.

· 1996 Confidence Building Measures Agreement limiting the deployment of major categories of armaments including tanks, infantry combat vehicles, guns with 75mm or bigger caliber, mortars with 120-mm or above, various missiles and limiting combat aircraft from flying within 10 km; and denouncing the use of force or engaging in hostile activities among others.

· 2012 Agreement setting out a process for consultation and cooperation.

· 2013 ‘Border Defence Cooperation Agreement’ following the Depsang intrusion by the PLA. Its emphasis was on enhancing border cooperation and exercising maximum restraint in case of ‘face-to-face’ situations. Wherever there was a difference of perceptions in disputed areas termed as ‘grey zones’, both sides could patrol up to the perceived line, but were not to undertake any build-up.

Ipso facto, the term "LAC" gained legal recognition in Sino-Indian agreements signed in 1993 and 1996. The 1996 agreement states, "No activities of either side shall overstep the LAC."

Following the 2013 Daulat Beg Oldi incident, it was resolved to withdraw troops in exchange for a Chinese agreement to destroy some military structures over 250 km to the south near Chumar that the Indians perceived as threatening. The agreement was signed in Beijing's Great Hall of the People following a meeting between Indian Prime Minister Manmohan Singh and Chinese Premier Li Keqiang.

Most importantly, the 2013 Agreement specified that neither side shall use or threaten to use force against the other by any means. Pending an ultimate solution to the boundary question between the two countries, the two sides shall strictly respect and observe the LAC between the two sides. No activities of either side shall overstep the LAC. In case personnel of one side cross the LAC, upon being cautioned by the other side, they shall immediately pull back to their own side of the LAC. Each side will keep its military forces in the areas along the LAC to a minimum level…... The two sides agreed to reduce their military forces along the LAC in conformity with the requirements of the principle of mutual and equal security to ceilings to be mutually agreed upon.

Viewed in the above framework of 5-Agreements in the past, who is responsible for the ongoing Indo-Tibet border stand-off, particularly in Eastern Ladakh – Depsang, Hot Springs, Finger 4 on the Northern Bank of Pangong Tso, and the South Bank of Pangong Tso. Chinese PLA is square to be blamed for violating the provisions of past agreements pertaining to the deployment of forces with Mechanized and Motorized Forces and other combat support brigades from the Xinjiang Military District deployed in force on the LAC.

Mercilessly exposed is the author’s jingoistic rhetoric in the Global Times. He fails to realize that patrolling points have been agreed upon and Indian troops enjoyed "free and unhindered access" to them in the past after 1962. By blocking access to Indian patrols to mutually agreed on patrolling points, it is the PLA which is stalling meaning talks and resolution on disengagement.

Be that as it many, neither Xi Jinping nor Modi, both nationalist leaders consolidating their position in their domestic arena, have little room to concede lest it is viewed as a “surrender” and “Weakness”.

If Xi Jinping genuinely believes in the statement he made to the UN General Assembly, what prevents him as the Chairman of the CMC and Commander-in-Chief of PLA, to order his forces to revert to the status quo of May 2020 pending speedy final resolution of delineation/demarcation of LAC in a time-bound manner instead of continuing endlessly in an adjournment of talks at all levels – political, diplomatic and military level talks to de-escalate and disengage troops.

When compared to the political compulsions of Modi heading India, a vicious or messy democracy, Xi Jinping wearing four hats-in-one is in a better position to make his followers convince of his decisions over the quid pro quo settlement of the LAC and ratifying it as the international boundary. Why can’t Xi Jinping renew the “Quid Pro Quo” offer first made by Zhou-en Lai in the 1960s and Deng’s offer to Rajiv Gandhi?

In sum, Xi Jinping appears to have adopted a “strategic stalemate” that can also be viewed as a “strategic retreat” in Mao Zedong’s theory of warfare considering mounting anti-China postures on the international arena. Also, it could be due to military outstretching to manage multiple fronts. Finally, the costs, both human and economic costs, of maintaining additional forces in a face-to-face confrontation in Terrestrial areas appear to be a dampener.

Viewed in the above framework, India under Modi led NDA rule has to sagaciously manage the Indo-Tibet border crisis situation based on PLAs disengagement followed by de-induction. And, the current stand-off must be used to modernize not only the Indian armed forces by merger and integration besides equipping them with advanced combat systems but also carry out merger and integration of ITBF, SSB, and Assam Rifles under the Ministry of Defence.