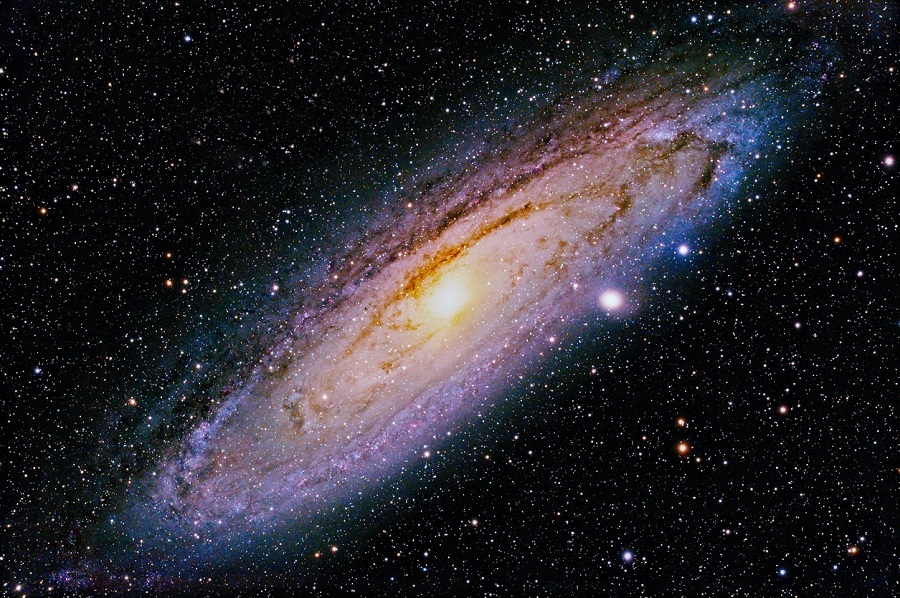 New Delhi, Sept 3: A team of Indian space scientists from Inter-University Centre for Astronomy and Astrophysics (IUCAA) discovered one of the farthest located galaxies in the universe.

Union Minister of State Department of Space Dr. Jitendra Prasad making this announcement on Tuesday said that the Pune-based IUCAA’s team led by Kanak Saha made this discovery of the galaxy called AUDFs01 located at an astronomical distance of 9.3 billion light-years from Earth.

The galaxy was discovered by India’s first multi-Wavelength Space Observatory ‘AstroSat’, that detected extreme Ultra-Violet light from this galaxy, official sources said. This is a landmark achievement in space missions by the Indian scientists.

Earlier, two students from IIT Bombay discovered an SUV-sized asteroid that zoomed past just 2950 km above the Earth’s surface on August 16. The students – Kunal Deshmukh from Pune and Kritti Sharma from Panchkula, Haryana made this spectacular discovery.

The discovery of this galaxy is important and unique that the leading international journal “Nature Astronomy” published in Britain took cognizance of this discovery by reporting on this discovery.

India's AstroSat/UVI was able to achieve this unique feat because the background noise in the UVIT detector is much less that one on the Hubble Space Telescope of the NASA.

A noteworthy aspect is that AstroSat which made this discovery was launched by the ISRO on September 28, 2015, during the first term of the Modi government. 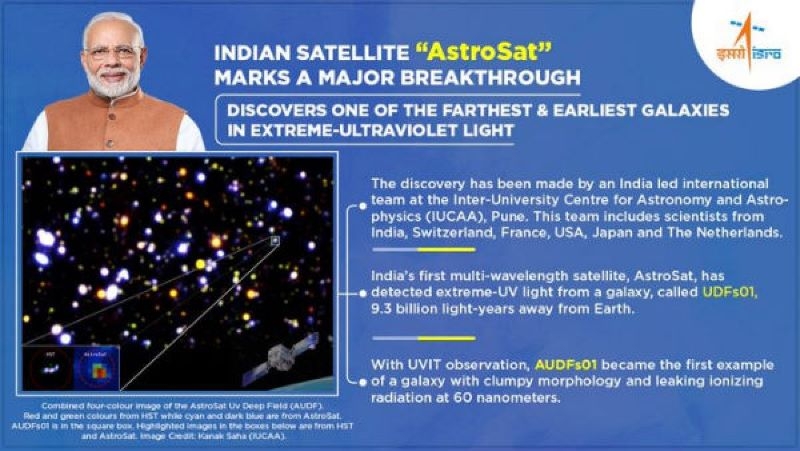 Dr. Jitendra Singh lauded India’s Space Scientists for once again proving to the world that India's capability in Space Technology has risen to a distinguished level from where our scientists are now offering cues and giving leads to the space scientists in other parts of the world.

IUCAA Director Somak Ray-Chaudhury said: "This discovery is a very important clue to how the dark ages of the Universe ended and there was light in the universe. We need to know when this started but it has been very hard to find the earliest sources of light".

Meanwhile, NASA has congratulated the Indian astronomers on the discovery of one of the farthest star galaxies in the universe estimated to be located 9.3 billion light-years away from Earth, ANI Washington datelined report said.

"NASA congratulates the researchers on their exciting discovery", NASA's Public Affairs Officer Felicia Chou said. Chou further added, "Science is a collaborative effort around the world, and discoveries like these help further humankind’s understanding of where we come from, where are we going, and are we alone."