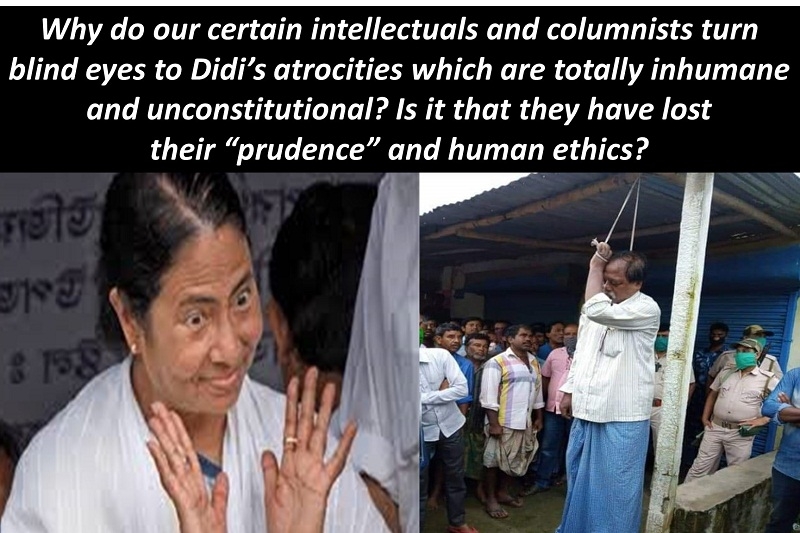 The definition of EDUCATION in modern times is crisp and direct. Be good at your chosen area of studies, the rest will take its own course. Who cares about the ethical norms if the disciplines chosen have been endorsed by the mainstream academic! What was ethically too outrageous has now become new normal. You can be excessively cunning, self-centered, uncompassionate, biased, or even illogical, but still, you can be academically qualified and you would be applauded. Only thing is that you need to maneuver yourself with an air of dignity and ostentation that appeals to the masses.

Dr. X, a very noted neurosurgeon of a certain city is unkind, arrogant and lecherous. But he is a much-sought-after medical professional. He has mastered every part of your nervous system. Since he can deftly deal with your delicate nerves, you have no right to question his unrestrained testosterone and other personal failings. Moreover, in his vast study of science, there is literally no exclusive emphasis that he must be ethically acceptable after attaining academic proficiency.

Similarly, our advocate for justice can be a tricky fox. He can cook up crafty schemes to squeeze out the fees mercilessly from his unsuspecting clients. For the money, he can drag out the cases for several months and several years. Any fear that his qualification will be derecognized? There is no such precedent. Therefore, a lawyer these days can also go to the extent to prove a wrong as a right and the other way round. Has a deviant rapist not got away through a lawyer’s contrived design and legal skills? A murderer gets acquitted if he can hire a high-profile lawyer. 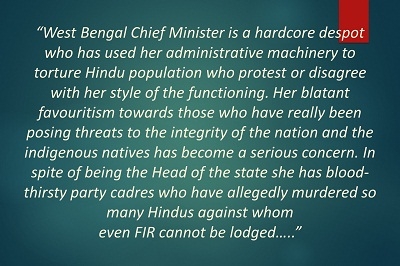 Look at our legislatures who govern us. Many of them are involved in the most unethical activities and high-voltage corruption. What could we expect when the makers of the laws are the first breaker of the laws, more precisely ethical values? Just the other day, I happened to watch a video clip by a frustrated social activist from West Bengal – Ms. S. Chakraborty - who is actively associated with Human Rights.

With an intense surge of anger, she thundered -- “West Bengal Chief Minister is a hardcore despot who has used her administrative machinery to torture Hindu people who protest or disagree with her style of the functioning. Her blatant favoritism towards those who have really been posing threats to the integrity of the nation and the indigenous natives has become a serious concern. In spite of being the Head of the State she has blood-thirsty party cadres who have allegedly murdered so many Hindus against whom even FIR cannot be lodged…..”

Is this due to lack of education the Bengal CM has acted this way? No, not at all. Mamata Banerjee has a high degree of academic qualifications under her belt. What’s more, Didi has additionally been crowned with a Doctorate of Literature degree by Calcutta University. Will this academic honor be taken away now when she has abused the constitutional power unethically? That how we “tolerate” such abnormality in our leaders is a serious question to all the citizens who brags about the power of democracy. Why do our certain intellectuals and columnists turn blind eyes to Didi’s atrocities which are totally inhumane and unconstitutional? Is it that they have lost their “prudence” and human ethics? It calls for a serious soul-searching.

Perhaps all acknowledge how the President of America Donald Trump earned the wrath of a huge number of female voters. His past unholy anecdotes literally “grabbed the attention” of the world population. Perhaps all these immoral and sexual misconducts have littered the political history of America that would be stinking to high heaven.

Don’t be surprised, our spiritual masters of various religions are not far behind. Many of them have been caught while committing the most “satanic acts” and so on. How do you define if the custodians of the spiritual values throw ethics to the wind? What about the terror activities hurting humanity which have roots in the religious fanaticism? The long agitation of CAA and the bloody consequences there from smack of religious bigotry and outright hatred for others.

In the entertainment world, the lesser said the better. Every human eccentricity is on show and every imaginable beastiality feasted upon. Have we ever thought about our tender kids who have been exposed to all these obscene immoralities? Those who shed the sanctity of modesty today are promoted as celebrities tomorrow. Our silence is itself blameworthy. Yes, with the rapid rise in consumerism and base entertainment in the digital world, the whisper of morality gets easily drowned out.

What I’ve cited here as examples are just the tips of the iceberg. In every sphere of life, we see ethics being trampled into pieces. In one’s eyes, our present education has completely failed to inculcate human values, which must have been the “first requisites” of education. Amidst the glitter of gross education, our system of academia has lost sight of ethics underneath. I don’t think the greatest thinker Albert Einstein was wrong when he "prized" moral values over education only with facts and figures. He has “forewarned” CIVILIZATION by proclaiming – “The most important human endeavor is the striving for morality in our actions. Only morality in our actions can give beauty and dignity to life.” This rational scientist did not insist on the accumulation of raw information and run riot.

Well, education without ethics has only led to intellectual indigestion. This sickness has rapidly been draining away the very strength of humanity and inner values from society. I wish we had listened to what Einstein said about ethics as we have listened to his “MC Square” and “Theory of Relativity”. Given the situation, we need to think more upon the “Theory of Ethics” than the “Theory of Relativity”. Without our knowledge of the science, NATURE will continue to nourish us, but without the strength of ethics and human values, we shall certainly be overcome by various kinds of catastrophic misfortune leading to social degeneration.