Total Views |
New Delhi, October 12: Amidst reports of shortage of coal stock in India, the Central Coalfields Limited (CCL) said that in the coming 1-2 weeks, the problem will be stabilized. The Chairman and Managing Director of CCL, PM Prasad, said, "There is no such crisis. Definitely coal stock is on a low level because power generation is high this year. You can say there is much growth. For Coal India, we have supplied at least 53 million tonnes, more than last year, in the first half of the financial year." 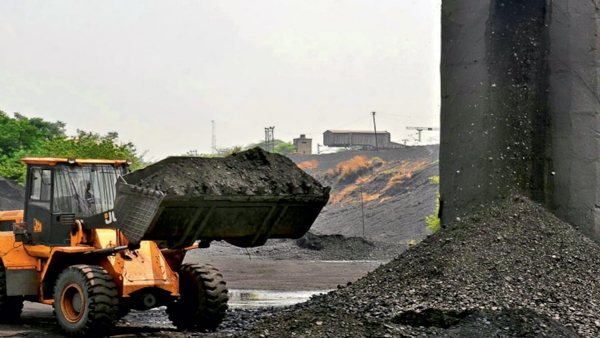 He said the, Coal India stock will last for at least 20 days. In the case of CCL, it is 1.95 million and of Bharat Coking Coal Limited / BCCL, it is 6.5 lakh tonnes. About Jharkhand, he said CCL and BCCL have over 25% in dispatch growth.
He highlighted, “In the coming days, since the monsoon is over I am very much confident that it will be stabilized in the next one week. And post-Durga Puja, it will be further picking up. In the last 3-4 days power plants are getting coal. If the requirement is 1.6 million, almost 1.55 million is being met. I am very much confident that in the coming one or two weeks it will be stabilized.”
He said that powerhouse coal stocks are being monitored at multiple levels.
He said that they are continuously monitoring powerhouse stocks at 2-3 levels. One is at the Coal India level, one is at the Ministry of Coal level, further by inter-ministerial groups, Ministry of power and Railways.

Meanwhile, Union Home Minister Amit Shah held a high-level meeting with Power Minister RK Singh, Coal Minister Prahlad Joshi along with top officials of both ministries in the North Block.
Also Read | Coal availability is sufficient to meet power plant demands: Coal Ministry
The meeting was convened a day after the Union Power Minister assured that the supply stock of coal to power plants has exceeded consumption. Coal Minister Pralhad Joshi has also denied allegations of power failure due to a shortage of coal.
The Power Ministry said the Inter-Ministerial sub-group has been monitoring the status of coal reserves twice a week.
Delhi CM Arvind Kejriwal said many CMs have written to Central government about the critical situation at power plants. He said, “The situation is critical and many CMs have written about it to the Central government. We all are working together to improve the situation.”

Bihar CM, Nitish Kumar also spoke on the issue of probable coal shortage. He said, “It is true there is a problem. As per our requirement, either we get it from NTPC or from private companies. But the supply is affected now. There are some reasons due to which such a situation has arisen. It is not only in Bihar, but also everywhere.”
Also Read | Coal India Ltd (CIL) Strengthens Health Infrastructure in Assam
Coal CCL Power Ministry BCCL