Total Views |
Rajasthan, October 13: Coal Minister Pralhad Joshi said the cumulative coal supplies to thermal power plants have crossed 2 million tonnes on Tuesday and dispatch of dry fuel is being enhanced to the plants. Many power plants are grappling with fuel shortages, efforts are being made to increase these fuel supplies. 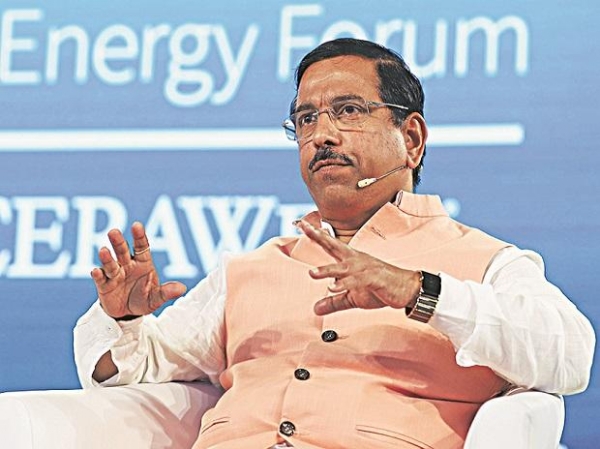 Joshi said in a tweet, “Happy to share that cumulative coal supplies to thermal power plants from all sources including @CoalIndiaHQ recorded more than 2 million tonnes yesterday. We are increasing coal dispatch to power plants further to ensure sufficient coal stocks at power plants.”
According to a Coal India official, supplies to power stations have already touched 1.62 million tonne a day in the past 2 days, with total offtake rising to 1.88 million tonne per day.
The company also ramped up its output to 1.6 million tonne a day in the past 2 days and CIL expects to raise production after Dusshera, when workers are back from holidays.
Joshi said, “From October 20-21 or before that, we will try to reach two million tonnes (supply), which will again be a record.” The minister assured all stakeholders of coal supply required for power generation.
Also Read | Coal shortage problem to be stabilized in 1-2 weeks: Central Coalfields Limited MD
He said, “I assure all the stakeholders and even people of the country that whatever coal is needed for power generation, that coal will be provided from the coal ministry.” The minister further said the coal supply will go up as the monsoon recedes.
Coal Secretary A K Jain had also said this is an appropriate time for launch of the 3rd round of auction for commercial coal mining, as there are talks currently in India about the supply of fossil fuel and there is also demand for coal.

He said that given 3-4 times hike in imported coal prices, if India is importing large amount of fuel at this rate, electricity bills would have shot by 2-3 times. Coal India accounts for over 80% of domestic coal output.
Also Read | Coal Ministry launches auction process of 40 new coal mines
A firm message from the ministry is being an aide people to look into the situation thoroughly and come to a conclusion accordingly.
Coal Pralhad Joshi Coal India CIL Fuel Supplies