To anyone who has read Savarkar’s biography or his Autobiography ‘My Transportation for life’, the hollowness of this charge is immediately apparent. 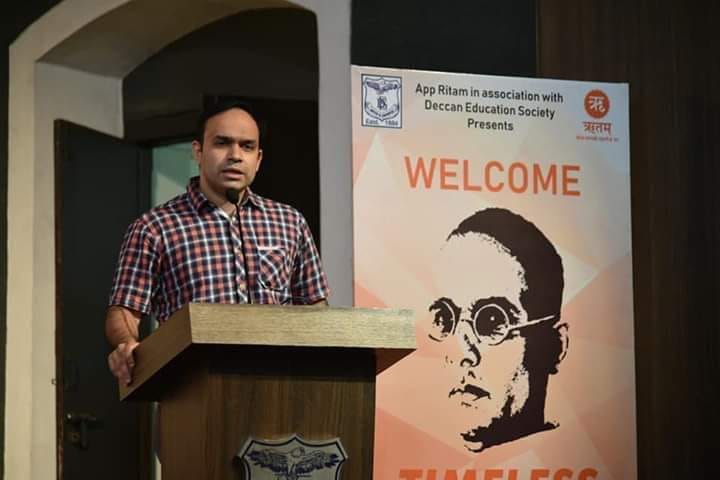 Akshay Jog
Total Views |
Rotting in British jails was not Savarkar's concept pf patriotism. Savarkar himself declares his motive behind his petitions for release, “It was my duty as a follower of responsive cooperation, to accept such conditions as would enable me to do better and larger work for my country than I was able to do during the years of imprisonment. I would be free thus to serve my mother country, and I would regard it as a social duty.” (Savarkar, V.D., My Transportation for Life, Page 301).
He also adds “Whatever good I could do in the Andamans or whatever awakening I might bring about among its people was nothing in comparison with what I could do in India as a free man. On the other hand, to win my freedom, I would not stoop low or lend myself to anything mean or treacherous such as would bring disgrace on my country or be a blot on her fair name. Freedom thus obtained would have harmed the cause and would have been, as I regarded it, an immoral act.” (Savarkar, p.245), so it’s obvious that Savarkar would never betray his beloved country.
Savarkar stayed away from open politics as per the conditions of his release but did national service by actively pursuing a vigorous campaign of Social Reformation, Script reformation, Language purification, Shuddhi (reconversion) etc. 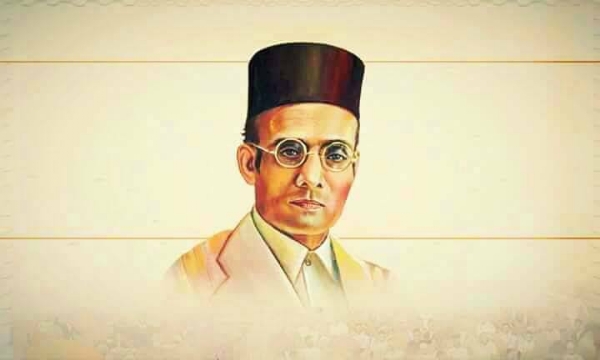 He never came across any situation wherein he had to take an oath of being loyal towards the British government. However, even if he had, he would have done it for the sake of the nation. What's and how's wrong in giving false assurances to enemy or lying, deceiving, or betraying them? However, we are taught that we should never lie, not even to an enemy. That we should do everything we can to keep our promise given to the enemy, even if that is at the cost of going against our own people. These are distorted concepts of virtues (“Sadgun-Vikruti”- सद्गुण-विकृती word coined by Savarkar in Marathi) that we are being taught. And that’s the reason why Savarkar is difficult to understand.
Most of the Political prisoners in Andaman in 1920, accepted and signed same terms of the agreement like Savarkar. “They would abstain from politics and revolutionary activity for a certain number of years, and if again they were tried and found guilty of treason, they would come back to the Andamans to serve the remainder of their life-sentence.” (Savarkar, p.254)
Savarkar never hid these letters, petitions, conditions; on the contrary, in his autobiography ‘My Transportation for Life’ he explains frankly and in great detail the political strategy behind them all. So, let no one crow that they ‘unearthed’ or researched them from the ‘National Archives’, New Delhi, or Andaman’s Documents and ‘exposed’ them by publishing it!
Savarkar wrote in 1914 petition- “If the Government suspect that my real intention in writing all this is only to secure my release, then I beg to submit let me not be released at all, with my exception let all the rest be released, let the volunteer movement go on—and I will rejoice in that as if myself was allowed to play an active part.” (Home Department, 1914, Political- Part B, No.245, National Archives of India, New Delhi, Government of India)
Also in 1917 petition he again wrote- “I beg to add, in all sincerity, that if the Government thinks that it is only to effect my own release that I pen this; or if my name constitutes the chief obstacle in the granting of such an amnesty then let the Government omit my name in their amnesty and release all the rest; that would give me as great a satisfaction as my own release would do.” (Government of India, Home Department (Political), J.&U 806, 1918, Indian Office, London, Courtesy: Sanket Kulkarni, London) Such a selfless demand it was. This means that Savarkar’s demands and letters were not meant for him alone, but for all the freedom fighters of India.
Hemchandra Das and Barindra Kumar Ghosh convicted under the Alipore bomb blast case came to the Andamans in 1908. The British then pardoned them in 1920, and they were set free. The accused under Lahore conspiracy, Sachindra Nath Sanyal, pleaded for pardon, saying—‘Why would we indulge into underground revolutionary politics if we are allowed to do an open national revolution?’ He was set free but Savarkar not.
All these proofs indicate that Savarkar sought to deceive the British; but, it deceives our countrymen instead! “Reading between the lines” is a valuable, necessary skill when reading any political resolutions, letters, petitions etc. Those who take objection to Savarkar’s letters, either do not have that essential skill or are not willing to “read between the lines”.
Can a man who became the first poet in the world who, deprived of pen and paper, composed his poems and then scratched them on the prison walls with thorns and nails be considered as crushed in spirit, shattered in willpower, by his experience of hardships of Andaman jail life? No! This achievement of Savarkar is proof beyond doubt of his unfaltering mind.
Vietnam’s Communist leader ‘Ho Chi Minh’ sent similar petitions that assured his cooperation when in Kuomintang prison. He expressed his desire at Marshal Chang to work for ‘Dong Minh Hoi’, formed in Indochina with the help of Kuomintang government and rescued himself. (‘Dong Minh Hoi’ was formed to oppose Ho Chi Minh’s ‘Viet Minh’ party) (Kanitkar, V. G., Vietnam: Arth & Anarth or Vietnam: Interpretation & Disaster, Manorama Prakashan, 1998, page 53). Also, the Communists changed their loyalty over-night when Russia-Germany Non-Aggression Treaty broke & Russia joined the Allied side. Is it a political strategy when the Communists do it, but treason when it is Savarkar?!!
To conclude, “You can wake up sleeping person, but you can’t wake up a person who pretends to sleep.”