Stone-pelting incidents during protests against communal violence in Tripura, were reported in Nashik, Amravati, Nanded 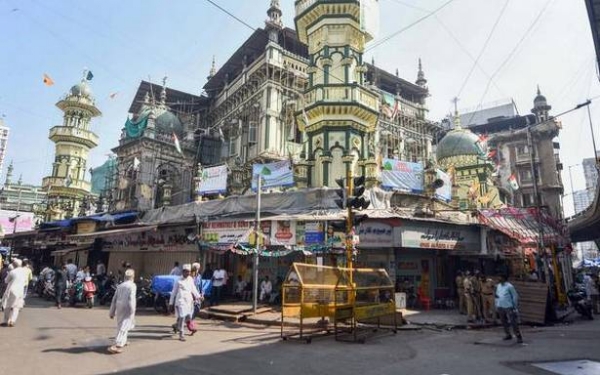 A Muslim organization had called for a Bandh to protest against incidents targeting the minority community, in north-eastern State. Stone-pelting took place at Malegaon - a communally sensitive town in Nashik district, during a protest march in the afternoon. Police used lathi-charge to disperse the mob.
“The situation in Malegaon is completely under control now. Senior government and police officials are camping there. People should not believe any rumours,” said Nashik Collector Suraj Mandhare.
Bandh was also observed in Bhadrakali and Old Nashik areas. In Amravati, over 8 thousand people gathered outside District Collector’s office to submit a memorandum demanding atrocities against the minority community should be stopped, said officials.
When people were leaving after submitting the memorandum, stone-pelting took place at 3 places between Chitra Chowk and Cotton Market. In Nanded, stones were pelted at police vans and 2 police personnel sustained injuries, a police official said.
The situation was under control there, and FIRs were being registered, he added. Home Minister Dilip Walse-Patil said that protest marches taken out in State against the violence against the Muslim community in Tripura took a violent turn in some places, but situation was under control.

Also Read | Bangladesh PM orders strict action against who incited violence using religion
He appealed to people in Maharashtra to maintain peace and not to believe rumours. Those found responsible for the violence during the protests would be punished, he assured. Police should handle the situation with restraint and ensure that no law-and-order issue arises, Walse-Patil added.
Bandh was also observed in Muslim-dominated areas of Mumbai like Bhendi Bazar, Mohammad Ali Road, Kurla Mumbra and Bhiwandi in Thane. BJP leader Devendra Fadnavis said the State government should act immediately to bring situation under control, claiming that some people were trying to “capitalize on the purported violence in Tripura”.

State BJP president Chandrakant Patil said “it was unnecessary for the Muslim community here to react to an incident in Tripura and purported violence. There are some elements among them which defame the entire community. The Muslim community should teach a lesson to such elements.”
Also Read | Delhi police arrests wanted accused in North-East riot cases
Anti Hindu riots Mumbai Tripura Bhendi Bazar Amravati Nashik Nanded Malegaon Maharashtra