The local media acted positively to check the spread of fake news and rumors by publishing the actual ground report and situation and dismantling the misinformation and disinformation that were discriminatory and full of hatred. 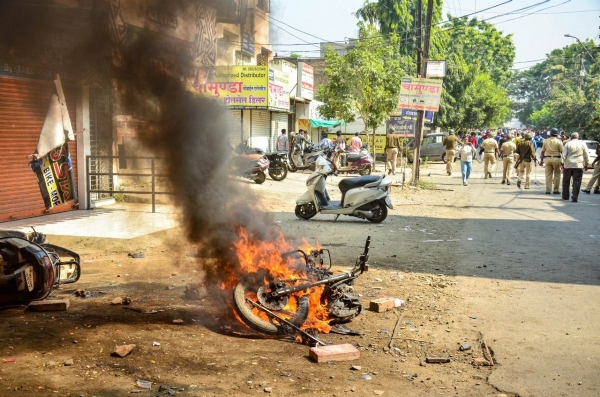 In between 20.10.2021 to 26.10.2021, the Tripura Police reiterated that fake news was circulated with pictures and videos that were complete misrepresentation of the facts. In fact Tripura Police stated that some Anti-National and mischievous elements on Twitter and Facebook circulated fake news with videos and photos that resulted in alleged sporadic incidents in some parts of Tripura.
It was incumbent on the stake holders such as Journalists, lawyers etc to assist the State Police whilst restricting the spread of misinformation and disinformation, on the contrary a few Independent Journalists, lawyers, activists etc visited Tripura on a field mission and actually actively participated in spreading misinformation and disinformation, that was far away from the actual ground report, hiding behind the Freedom Of Speech and Expression.
Freedom of Speech and Expression is not absolute, and advocacy of national, racial or religious hatred that constitutes incitement to discrimination, hostility or violence shall be prohibited by law.
Context is of great importance when assessing whether particular statements are likely to incite discrimination, hostility or violence against the target group, and it may have a direct bearing on both intent and/or causation. Very clearly that statements made by some Independent Journalists made statements that were largely based on misinformation and disinformation and were likely to incite discrimination, hostility and violence. They continued to spread disinformation in spite of the fact that the State Police reiterated the fact that no such alleged incident occurred on religious line. The malicious Intention of a few Independent Journalist was to spread hatred, divide the people on religious line in the State of Tripura and create dissatisfaction towards the Government.
Since, there were journalists and few lawyers involved, their position and status in the society is a matter of consideration, specifically their organization’s standing in the context of the audience to whom the speech and expression was directed, to determine hate speech and if reasonable restrictions could have been imposed by the State Authorities. The State Police issued several advisories to all stake holders however these advisories were undermined and a few lawyers went to such an extent, that they managed to visit the incident sites, for a fact finding mission, without the permission of the State Police. This speaks volume of their malice.
In the entire factual matrix that happened in between 20.10.2021 to 26.10.2021 a triangular relationship was certainly in place between the object and subject of the speech act as well as the audience. This is enough to establish the intent with advocacy and incitement. It can be safely said that the news items circulated were not merely an act of Negligence and recklessness.
The extent of the misinformation and disinformation was far reaching it spread to large public in the entire Country through electronic media that resulted to the sporadic violence in the State of Maharashtra. There was a reasonable probability right from the beginning that the speech that includes (advocacy and incitement), would succeed in inciting actual action against the target group and the causation was direct.
In the light of the above, the Tripura Police acted promptly and positively by restricting the spread of misinformation and disinformation. In fact Tripura Police and Central Agency such as NIA, must investigate the entire conspiracy (Toolkit) that led to disturbance in the two States, which was directed, on religious line to spread hate.
Pankaj Singh (Former Expert on Mission to the UNHCR and Advocate Supreme Court Of India) and Gautam Jha (Advocate on Record, Supreme Court Of India)