The Kashmir Files is a true story, based on video interviews of the first-generation victims of The Kashmir Genocide of the Kashmiri Pandit Community.

Mumbai, December 20: Zee Studios and writer-director Vivek Ranjan Agnihotri collaborated yet again for the film, The Kashmir Files, which is scheduled to release in theatres on 26th January 2022. The Kashmir Files is a true story, based on video interviews of the first-generation victims of The Kashmir Genocide of the Kashmiri Pandit Community. 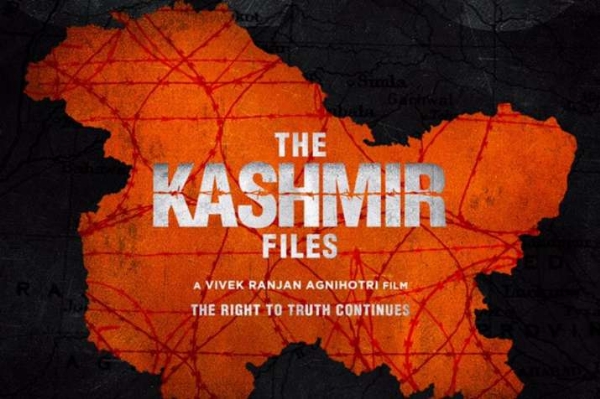 The movie will show the pain, suffering, struggle, trauma of the Kashmiri pandits and questions eye-opening facts regarding democracy, religion, politics, and humanity. The makers recently revealed the first motion poster of one of its main characters from the movie, portrayed b veteran actor Anupam Kher.
Playing the role of Pushkar Nath Pandit, who is a retired professor of Philosophy, the character hails from Srinagar with his son, daughter-in-law, and 2 grandsons. On the fateful night of 19th January 1990, he has to flee Kashmir, and what happens next, is the crux of the story.
Also Read | 'After abrogation of Article 370, no Kashmiri Pandit or Hindu displaced from the Valley': MHA in Rajya Sabha
One of the key highlights of the poster is Kher’s heartfelt voiceover, as his character shows how Kashmir has always been known as the land of rishis, saints, sadhus. Written and directed by Vivek Ranjan Agnihotri, the film features a cast of actors like Mithun Chakraborty, Anupam Kher, Darshan Kumaar, Pallavi Joshi, Bhasha Sumbli.
The Kashmir Files Anupam Kher Mithun Chakraborty Vivek Ranjan Agnihotri exodus drama Kashmiri pandits Srinagar Kashmir