Surat observed that the perpetrators in both cases faced justice within a month, which was an uncommon yet heartening development.

Total Views |
-Darshan Vankawala
Today, we have the privilege of debating on a fairly reassuring ending to two horrible crimes: the rape and murder of two female youngsters. Surat observed that the perpetrators in both cases faced justice within a month, which was an uncommon yet heartening development. The following are the specifics:
A special court for the Protection of Children from Sexual Offenses convicted Ajay, alias Hanuman Nishad Kevat, 39, in the first occurrence (POSCO). The assailant discovered the 4-year-old female victim, who came from a migrant worker family living in the Sachin GIDC area, playing with other children on October 11, 2021. He enticed the youngster into the bushes, where he raped her viciously before fleeing. Following the discovery of the juvenile girl, a medical check-up was promptly undertaken, and local police created various teams and apprehended the suspect the next day, on October 12. 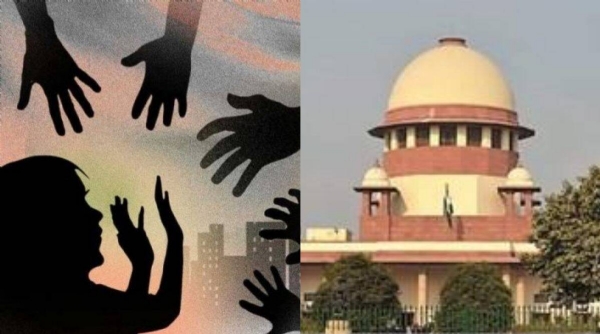 Within 10 days, the charge sheet was filed, and the trials were finished in six days. The special court's hearing continued till midnight on October 29 in an extraordinary show of the judiciary's proactive actions. Nishad, the convict, is a father of three children, and he was sentenced to life in jail and a fine of one lakh rupees.
The second atrocity was done by Guddu Yadav, who raped and murdered a 2-and-a-half-year-old girl child.
Guddu - a Bihar migrant worker worked in a factory in Pandesara. After watching pornographic video on his phone on November 4, the accused raped the girl child, and his cruel conduct propelled the victim's internal organs outside her body. Later, he dumped her body in the bushes. Her family filed a police report the same night, and her body was discovered one kilometre from her home, near a factory, on November 7.


Over 200 CCTV camera footages were examined by over 100 police officers, who also acquired information from three witnesses. On November 8, they were able to identify and apprehend the accused. The Pandesara police filed a 246-page charge sheet with the POSCO court within the next seven days. On the accused's phone, over 150 pornographic films were discovered, and a local shop owner named Sagar was detained for downloading the obscene content.
The accused was found guilty of kidnapping, rape, and murder under the IPC and POSCO Act after the court heard testimony from 43 witnesses. Sections 376-AB, 363, 366, and 302 of the Penal Code were used to convict him. Nayan Sukhadwala, the public prosecutor, demanded the death penalty and urged the special court to regard the crime incidence as the "rarest of rarities." He then went on to mention a total of 31 previous court decisions in comparable circumstances. "As public prosecutors, we are allowed to engage in private practise," Sukhadwala added, "but I am far more satisfied with these judgments than any amount of fees I would have ever collected." When asked about the POCSO Act's amendment in 2019, which included the provision of capital punishment following Smriti Irani's proposal for the death penalty in cases of sexual crimes against children and a subsequent Supreme Court ruling to complete the trials in under 60 days, he said he congratulated the government on the amendment and that the local administration's support in coordination played an important role in delivering justice rapidly.
After a 21-day hearing, the special judge, P S Kala, announced the death penalty and ordered the state government to compensate the victim's family Rs. 20 lakh in compensation. According to the 2018-19 Economic Survey, there are currently 28.7 million cases pending in district and subordinate courts, with 17,891 judges compared to the required strength of 22,750. Over 4 million cases are outstanding in the country's high courts, requiring 8,152 additional judges to resolve. According to the economic survey, high courts have 671 out of 1,079 sanctioned judges. During the parliamentary debate on the change to the Act, it was stated that 24,212 cases of child sexual assault or abuse were registered under POCSO, with 27 percent of cases going to trial; 4 percent of cases were finished.
In 2016, the most recent year for which data is available from the National Crime Records Bureau, the police registered 106,958 offences against children (NCRB). The POCSO Act was used to register 36,022 of these cases. However, 89 percent of the cases filed in 2016 were still pending trial. Over 90% of cases registered in 2014 and 2015, according to NCRB data, were pending trials. In 2016, courts found the accused guilty in only 29.6% of cases.
The Surat approach of delivering rapid justice is laudable, and Mr. Nayan Sukhadwala believes that technology can help solve logistical challenges such as witness appearance issues or delays in presenting before the court at the end of investigative officers' transfers. The proactiveness of the local administration and police in both situations sped up the process significantly without jeopardising the sanctity of the court processes.