19 Feb 2021 15:17:56
'Preparation' for a war and 'foresight' come hand in hand. Shivaji Maharaj has dominantly taught us that there can never be a good leader, who lacks in foresight. This is because foresight is not about predicting the future but about minimizing the 'surprise.' Foresight was the strongest point of the great Maratha ruler Chhatrapati Shivaji, which is evident from the navy that he developed.

Also read: Watch: In a first, Navy divers slither down helicopter with sniffer dogs for bomb threat exercise
The Maratha forces were excellent with their surprise attacks because of the 'ganimi kava' that the Maratha army learned from Malik Amber, a slave belonging to the Siddi tribe of Africa, who was brought to India by the Muslim forces and later evolved as the military leader of the Nizamshahi. Under the able leadership of Chhatrapati Shivaji, the Maratha army had become efficient on land through 'Ganimi Kava' and was excellently using the strategic advantage of Sahyadris. But Chhatrapati Shivaji was no usual leader, stepping ahead he also developed the Maratha navy and thus became the first Indian ruler of medieval India to establish a naval force and extending his sphere of influence from Dakkhan to the Arabian Sea. His brave experimentation provided medieval India with its own navy, thus proving Chhatrapati Shivaji to be rightfully called the 'Father of Indian Navy.' On the birth anniversary of the great Maratha King, let us understand the lessons that Shivaji Maharaj, being the 'Father of Indian navy,' has taught us long time ago. 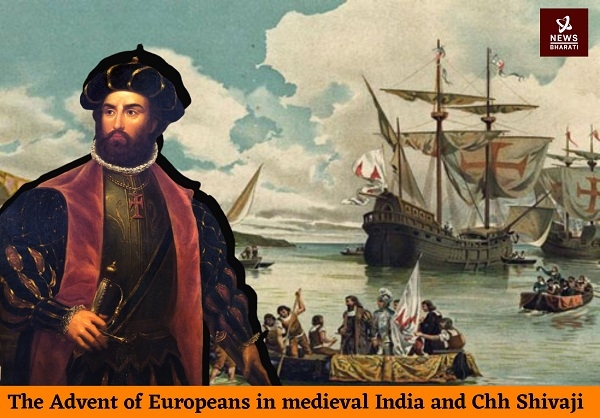 Also read: Supreme Court stays dismantling of INS Viraat
Medieval India was a challenging phase for India. This is because, ever after the Portuguese sailor Vasco Da Gama discovered the sea route from Europe to India, another gate to conquer the ancient land was set open. The western coast of the Indian land had become extremely vulnerable to European naval forces. European naval forces starting from the Portuguese were followed by the British, Dutch, Danish and lastly the French over the entire 17th century. The foreign powers with strong navies had made it extremely clear that only the power with a strong navy will have control of the Indian land. The strong naval conflict between the European powers had no one to counter from the Indian land, because the knowledge of seafaring for the purpose of defense that was known to the dynasties of ancient India was not taken ahead with time. 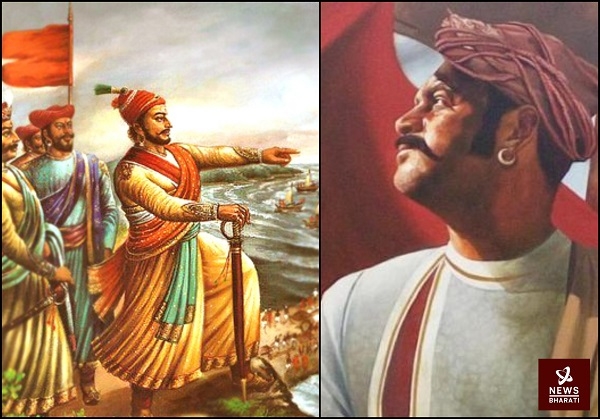 It was only Chhatrapati Shivaji who realized the significance of dominating the sea, in line to counter the Europeans. And to fulfill this ambition of the Chhatrapati, Kanhoji Angre became Maharaj's support. It is known that Kanhoji Angre, with the help of a Portuguese craftsman who built ships learned the technique of building ships and laid the foundation for the mightiest navy of medieval India. Today most of the people have watched an international history based show of the 'Vikings' where we see Ragnar Lothbrok with the help of Floki developing his own navy to advent on the Christians. It is quite fascinating to watch him do that, but the story of Shivaji maharaj's valor and bravery to develop the navy was no less of a thrilling tale to be a part of. However, not many of the Indians have appropriate acknowledgement of the fact.
Also read: Navy’s largest war game, TROPEX 21, underway in Indian Ocean Region
When the Europeans had put pressure on the Maratha empire, Shivaji Maharaj's navy not only surprised them but also put them into direct threat and kept a watch on their maritime activities, which was not only an attack on the European naval defense but also their pride. Shivaji Maharaj's strategy to develop the navy worked really well against the Europeans. And to secure these ambitions, Chhatrapati Shivaji had a long plan, attributing his foresight. The famous battle that the Marathas fought at the foot of Pratapgad, in Satara is mainly popular for the brave and critically thought move that Shivaji Maharaj made against Adilshahi Sardar Afzal Khan. But the significance of the fight that took place at Pratapgad was much more than just an incident of valor for Swarajya. 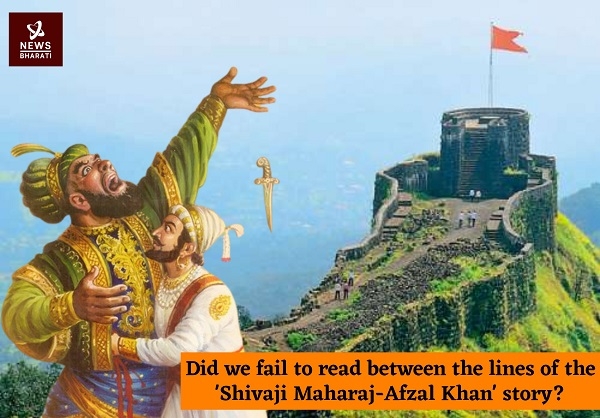 The location of Pratapgad was highly strategic and winning over the fort would have provided the Maratha army an access to coastal region of Konkan. Pratapgad acts as an important post to keep a check on the activities that take place from the plateau region towards Konkan and vice versa. That is why, taking control of the fort extremely essential for anyone who was planning to extend his empire from the plateau towards the Konkan region. This thought that motivated Chh Shivaji Maharaj and Afzal Khan's Pratapgad meet, which the history textbooks fail to highlight, speaks a lot about Shivaji Maharaj's foresight and more precisely about his ambitions to reach the sea.
Also read: Indian Navy gets third Scorpene-class submarine; Read More-
Once the Marathas entered Konkan, they were in direct confrontation with the Europeans, mainly Portuguese. But then again with the help of Kanhoji Angre, Chhatrapati Shivaji was able to mark his presence in the sea with his valiant expeditions against the Portuguese. A war is fought on many fronts and in today's time only the force with coordinated defense strategies between the land, sea and air can win over the other. The foundation of this defense strategy, with an emphasis on the naval power, in a country like India that is covered by waters from three sides was laid and effectively implemented by Chhatrapati Shivaji Maharaj in 17th century.
“India still fights its battles largely depending on the navy and thus practices the lessons we have learned from the great Maratha ruler. Chhatrapati Shivaji Maharaj, thus, still lives and will continue to live in the soul of India because he was not only a ruler but was also an idea. And ideas never die.”
Powered By Sangraha 9.0