Total Views |
Kolkata, April 03: With a fierce political contest underway in West Bengal, a sweet shop in Howrah district in its first is urging people to vote by making sweet statues of political leaders of PM Narendra Modi and CM Mamata Banerjee. The shop has sweet statuettes of top campaigners from three major parties and alliances in the election – PM Modi, Mamata Banerjee, and three leaders of Sanjukta Morcha. 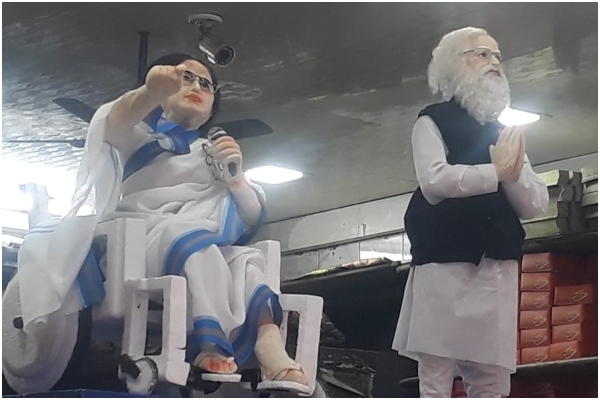 The statues have a lot of detail including the usual clothes worn by the campaigners. The statues even show Mamata Banerjee sitting on a wheelchair with a cast on her leg and PM Modi in his new long-beard look. West Bengal CM Mamata Banerjee is campaigning in these elections in a wheelchair due to injury sustained in Nandigram and her statuette in the sweet shop accurately portrays her.
ALSO READ- EC recovers 41 crude bombs in Parganas, West Bengal; No arrests so far
The statuette of PM Modi shows him wearing a half-kurta with BJP symbol of lotus. The Sanjukta Morcha includes the Left, Congress and Indian Secular Front (ISF) and the shop has portrayed them together through a three-headed statuette- Left Front chairman Biman Bose, Congress state chief Adhir Ranjan Chowdhury and ISF chief Abbas Siddiqui.
ALSO READ- DEBRA- Battle of two Ex IPS officers! Bharati Ghosh alleges TMC threatening polling agent 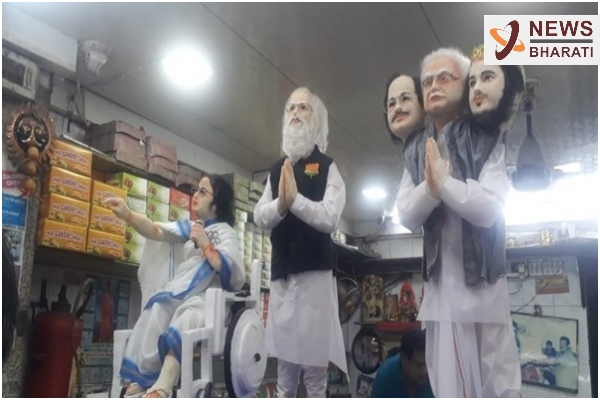 The sweet shop owner Casto Haldar said the statuettes are made up of sweets and can last for at least six months. “Ahead of polls in Howrah, nothing could be better than sweets to spread the message among the people to use their rights to vote,” Haldar told to the news agency.
ALSO READ- Precautionary Measure! Section 144 imposed in Nandigram 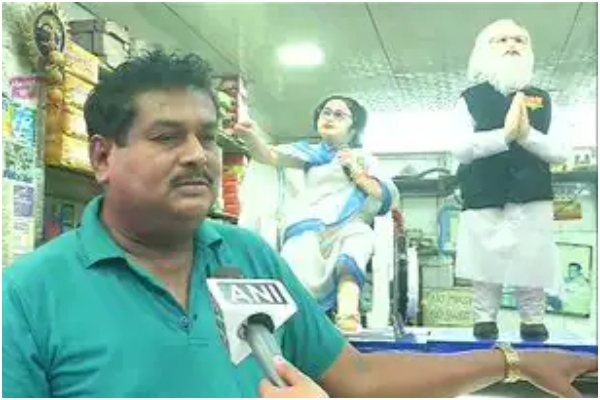 “It is important for the people to understand that no matter which party you vote for, the polling process should be conducted peacefully. We want good governance and development whoever forms the government here,” he added. The first two phases of assembly polls have been held in West Bengal and the third phase is slated for April 6. The counting of votes will take place on May 2.
.
.