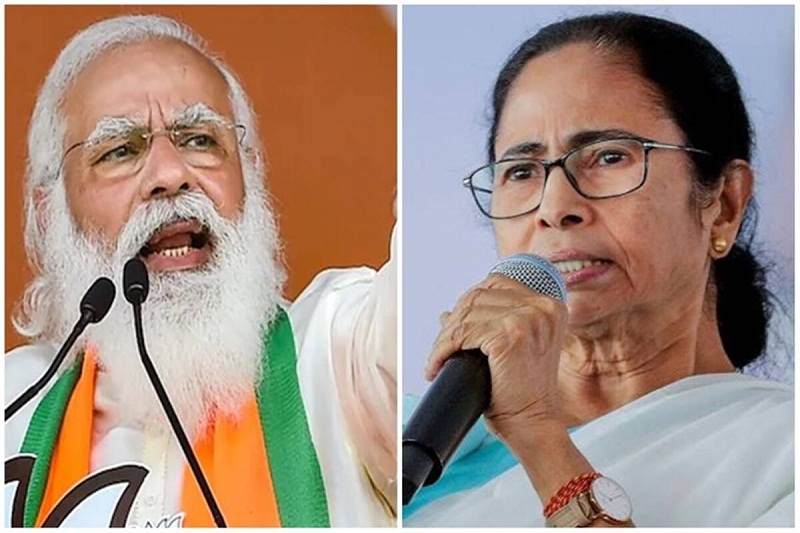 The results of the five state assembly elections almost endorsed what the various news channels predicted through their ‘Exit Polls’ analysis about each state. Barring one news channel, all others have predicted the return of the Trinamul Congress (TMS) in West Bengal under the leadership of Mamta Banerjee ‘Didi’. Yes! The TMC surprised all by pocketing 216 seats in the State Assembly the highest ever after its ten-year rule. It had received 184 seats in 2011; 211 in 2016 and now 216 in 2021.

Out of the five states that went to elect new governments, the West Bengal assembly elections remained most focused and discussed in the public domain. The BJP had prepared for electoral battle with the ruling Trinamul Congress (TMC) from last one and half year and during the campaign it employed all its strength to convince the voters.

Looking at the massive public attendance at these rallies and road shows it was guessed that the BJP would emerge victorious in West Bengal and fulfill its long-cherished dream. The inflow of leaders from TMC to BJP also supported this guess. But the voters had some other plans in their minds and they became evident only after the results were out yesterday.

On the other hand, Mamta Banerjee, the only and the only leader of TMC put her all strength against the BJP in this battle of ballots. The results also showed that her grip on the party apparatus and her charisma among the voters of the state was still unshakable, in spite of the dent the BJP has made in her bastion. In this victory, Mamta had to lose her seat in Nandigram to her one time trusted lieutenant Suvendu Adhikari by a margin of 1956 votes.

But they played a tactical game in ensuring the defeat of the BJP. They tactically preferred to be silent players and ensured that their vote share gets transferred to the kitty of the TMC, thus reducing the chances of the BJP – a Hindu party coming to the power in the state. The Muslim votes of the state – there are about 30 percent of them – also went to the TMC singlehandedly. Thus, the BJP’s calculation about division of Muslim votes between the TMC and the Congress and the Left went wrong.

Secondly, the BJP’s assumption of consolidation of Hindu votes in its favor also failed to materialize. The Hindu voters, instead of rallying unitedly behind the BJP, preferred to be with the TMC. However, there is an increase in the BJP seats from just three to 77 in this assembly elections and that is remarkable, I say for a couple of reasons. One, this is the victory of the BJP which denotes its success in reaching out to the backward, SC and ST voters in rural and remote areas; and two, the state will now have a powerful opposition party that would always stand for the injustice against the Hindus.

Mamta Banerjee deserves to be congratulated for the single-handed fight she gave against the all-powerful and resourceful BJP and its top leadership. The BJP must now rethink where its election strategies went wrong against this background of the TMC’s third time victory and make amends to it to win the next assembly election.

It was a foregone conclusion that the Muslim voters would not vote for the BJP. But the BJP’s assumption of division in the Muslim vote did not take place, rather, the Muslim leadership had cleverly averted this division. Political observers were also sure about the division in Muslim votes as influential Muslim leader Pirjada Abbas Siddiqui who formed the Indian Secular Front (ISF) and entered into an alliance with the Congress and the Communists would attract a sizeable number of Muslim voters. But they also failed to understand the Muslim psyche as the Muslim voted in favor of the TMC and the Bengali Hindus also favored her throwing all speculations about polarization to winds. The Bengali identity played a magic in this victory of the TMC.

But there is a silver lining to this dark side of the BJP’s defeat. It had only three seats in 2016 assembly elections. The party has now won 77 seats. It means, it has increased its strength by 25 times in the state. This also underscores the need for the more foolproof planning and meticulous implementation of the strategy to win the next election. The policy-makers in the BJP must think over this and get to the work right now. There is no time to waste.

The BJP central leadership will have to address the issues raised by the party cadre and state level leaders regarding the selection of candidates, giving tickets to ‘imported’ leaders on priority basis ignoring the ‘faithful’ and ‘sincere’ workers etc. This was one of the reasons for the BJP’s defeat in West Bengal. Of course, the party leadership will give a serious thought to this defeat, study its pros and cons and try to rectify them. After all such a defeat is nothing new for the party that rose to its present stature from just a scratch! 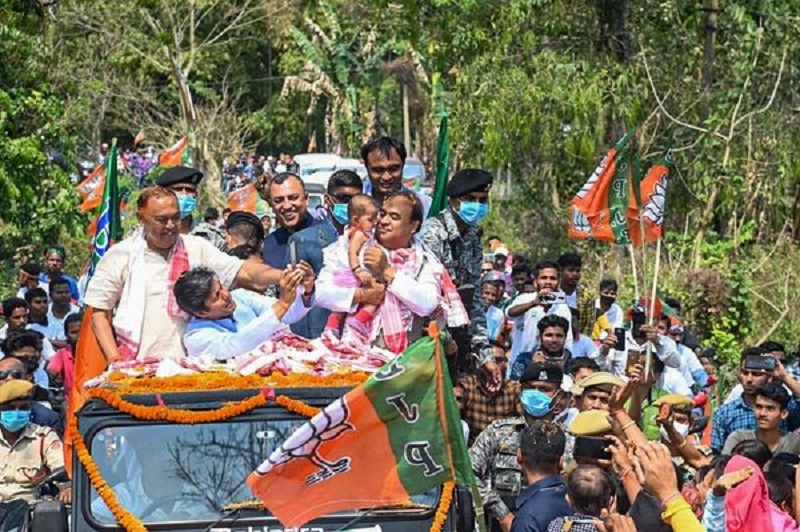 Nevertheless, the BJP deserves a pat for its victory in Pondicherry and Assam. It snatched the power in Pondicherry from the Congress party and in Assam it succeeded in retaining the power in spite of an all party opposition called ‘Maha Jot’ formed under the leadership of the Congress party. There was no visible anti-incumbency mood among the voters in Assam this time. The Congress tried to spoil the BJP’s game by launching a negative campaign on the CAA, NRC issue but they did not succeed. The voters were convinced by the BJP about its intentions on CAA –NRC issue.

The public welfare works undertaken by the BJP government in Assam in the last five years are in a way endorsed by the voters who favored the same government again. This is a remarkable achievement for the BJP. The leadership of Chief Minister Sarbananda Sonowal and Health Minister Himanta Biswa Sarma needs to be congratulated for this spectacular victory in Assam.

In Tamil Nadu, the Dravidian politics has won over the nationalist politics. The victory of DMK’s M K Stalin defeated the ruling AIADMK-BJP alliance to capture the power in the state. The AIADMK lacked a popular leadership like J Jayalalitha and that was one of the reasons of their defeat.

The Left Front succeeded in retaining their hold in Kerala in this election also. This was mainly because of the mass welfare decisions and works undertaken by the LF government in last five years. The Congress tried to give a tough fight but had to satisfy on the number two position.

By winning power second time in succession the Left Front has created a history. In the last 40 years, no party was voted to power in Kerala in succession for the second term. It was alternative between the Left Front and the Congress-led UDF. But this time it was not so and that was mainly due to the weak Congress.

The Congress party and its leadership of the Gandhis were squarely responsible for the poor performance of the party in all these five state assembly elections. The Congress party has not come out of the shock it received in 2014 Lok Sabha elections and the subsequent elections in the state and again in 2019 Parliamentary polls. This over 100-year-old party, that pioneered the freedom struggle, seems to be on its last journey in politics. The country needs a strong, vibrating and visionary opposition party for the functioning of a healthy democracy in India and the Congress at present is not simply capable of performing its role as main opposition party. This fact was underscored by the results of these five state assembly elections.