Covid19 and the Prime Minister: Towards Civil Happiness 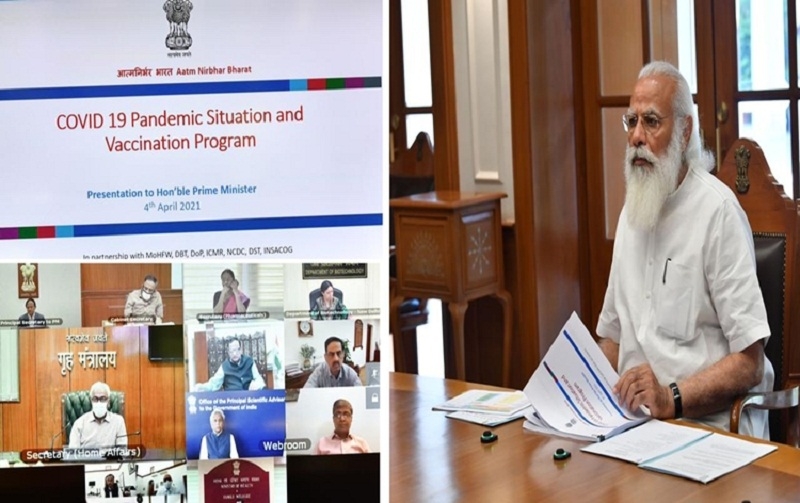 I remember an economist friend of mine explaining the celebrated Harrod-Domar model to a group of youths, probably students. While the larger part of it was beyond my comprehension, one thing got registered permanently in me. My friend was telling the group that the core message of the model was the inherent instability of an economy – any deviation from any path would lead to cumulative ups and downs.

In whatever the case, my friend kept underlining the role of the leader for the economy to tide over any unfavorable situation and sustain the favorable one. When I recalled these, I cannot help if my friend meant our present Prime Minister when he talked of the leader.

Another contemporary coincidence is that Prime Minister Narender Modi took power at the peak when the world started seeing the next century as the Asian Century, in which India and China are being seen as the two competing emerging centers of transformation. In other words, the present is a period when India is a ‘neighbor’s envy’.

Two current trends – one domestic and another international – have made me to put the above anecdote and the international political-economic scenarios for a proper appreciation of the current situation.

At the domestic level, the Prime Minister is being subject to so many - (including mainly over social media by a group of elitist commentators (vulture journalists) of Lutyen’s zone) - unwarranted attacks in connection with COVID19. First, it is being questioned as to why India exported the vaccine at all before the current wave exploded. Here we must realize that India has the largest capacity for manufacturing of vaccines.

Further, the Pandemic is such that no country is fully safe unless the whole world is safe. Still further, with the global ambitions and the potential to be a Permanent Member of the UN Security Council, India can in no case remain unconcerned to human sufferings anywhere with Vasudhaiva Kutumbakam (the World is but one family) as the guiding principle of international political-economic practices.

While the world as a whole and as individual countries do not have the capacity to meet the total vaccine needs immediately, the prioritization has to be along global lines; the Pandemic is unprecedented in recorded history.

Second, we must also ponder if India had not risen to the immediate global needs, would the world rise to India’s current needs the way it is happening with concern and promptness. Third, it is also being questioned on the efficacy and commitment of the Prime Minister by comparing with what has been done in the United States. Do we realize that the demographic scale of the two countries is hugely different?

Further, the prevailing health sector capabilities in the two countries are vastly different. US President Joe Biden acted on already deep infrastructure functioned by competent personnel, while Prime Minister Modi has necessarily to depend on the inherited health sector competencies and irony is after 70 yrs of independence the present NDA Government is initiating process to set up oxygen plants.

One may ask as to why the capabilities were not enhanced during the last few years. During NDA regime for past and present 20 AIIMS was built by them. When we compare this data with the European infrastructure one must remember during first wave, their system completely collapsed whereas India managed very well. The first lockdown was not only appreciated but followed by the World.

We must hasten to add that the Pandemic is unprecedented and enhancement of health sector capability is unavoidably a medium-term scenario at the least. Even further, we must know that when the cost of life is involved, we must avoid looking at comparative scenarios and jumping to extreme conclusions; what is important is the contextual reality and the contextual achievable. The world may give constraints on performance, but achievement has definitely to be in the context.

In an earlier input to this column, I wrote: “COVID19 possesses some critical dimensions for the continuance or otherwise of human life on this planet and the development we have conceived with the trajectory characteristics so far. Four Critical Dimensions may be emphasized: (a) Behavioral Component: The people cannot continue any longer with the production, consumption and sharing patterns as they are accustomed to today; (b) Governance Component: Shared prosperity should now be the key principle replacing the adoption of stand-alone policies; (c) Demographic Component: The usual way of dividing the population for political gains can no longer be foundation for sustaining lives and livelihoods, and (d) Development Component: The development foundation should now be necessarily based on sustainability principles replacing the predominantly zero-sum methodology so far.”

In the light of this, we can support or criticize the Prime Minister for his performance or otherwise. Now, while looking at any yardstick – demographic, length of time, duration of the worsening period and hence delay in recovering, and given the geographic as well as ethnic diversity - should we say that stabilizing the scenario achieved in India today within two months is not worthy of appreciation?

On hindsight and given the very critical comments on the Prime Minister in every possible media, it is now clear that by and large there has been a failure to appreciate the Prime Minister’s understanding of the critical reality of India. In all his responses to critical issues, Prime Minister Modi has manifested a deep understanding and commitment to the significance of interpersonal relationships (the sociality of existence), and has tried his level best to uphold this humane principle; there can be no stronger foundation for democracy than this. Civil happiness is what the Prime Minister is ultimately looking for in India.

Unfortunately, the various components of governance have not been alive to the Prime Minister’s understanding and commitment in the multi-layered governance structure of India. But he still does not blame anyone and pursues the national goal.

In this context, it is interesting what Paul Krugman has just said about the United States in his latest column in the New York Times: “Politicians gonna politician, and Biden’s opponents are seizing on every negative bit of news as proof that his entire agenda is doomed. But none of it should be taken seriously……So as I said, chill out. There is some bad news out there spread by some vulture journalist along with social media group in the name of freedom of speech but most of it is a temporary byproduct of extraordinary good news: The virus is losing, and the economy is winning.”

As Dr Sandy Johnson writes in Challenges in Health and Development, (2011): “The story of health and development is one of constant change, change that includes increased global wealth, increased economic activity and exchanges, substantial gains in life expectancy, eradication of diseases once considered intractable, and attendant gains in access to material wealth for many around the world. At the same time, old threats to health and well-being have been replaced by new ones, such as unsustainable national debt, and the emergence of cancer, heart disease, and HIV as major health concerns. Other threats—ensuring basic needs are met, providing for adequate levels of nutrition, controlling diarrheal disease and the spread of tuberculosis, and prioritizing competing needs of human welfare and economic growth in an environment of finite resources—which have challenged policymakers for decades if not centuries—remain. It is in the context of constant change in the status of health and global development, however, that a consistent pattern begins to emerge. It is a pattern showing that human health and development are intertwined.”

Our Prime Minister is fully aware of this and committed to cause civil happiness in the country.