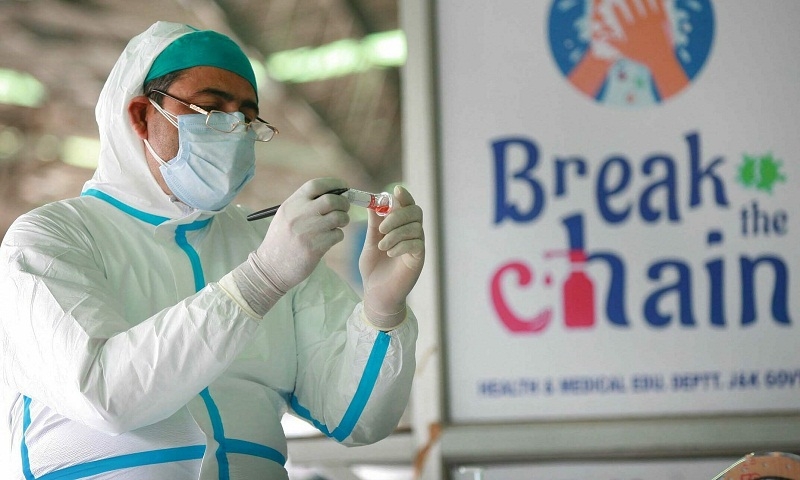 While looking back on history of pandemics, I just came across that, in 2011, Nathan Wolfe of Stanford University and CEO of Global Viral Forecasting gave the world a book titled “The Viral Storm: The Dawn of A New Pandemic Age”.

In this book, he wrote: “We live in a world fraught with risk from new pandemics. Fortunately, we also now live in an era with the tools to build a global immune system. This huge but simple idea is that we should and can be doing a much better job to predict and prevent pandemics. But the really bold idea is that we could reach a point where we become so good at this that we mark the “last plague”—a time when we are so capable of catching and stopping pandemics that we won’t even need the word.” While the risk has become a reality for the world, the other saving conditions are still a dream; we are still very far away from labeling the COVID19 as the “last plague.”

The scale and dimension of the present pandemic are such that there is not one aspect of the society which has not been adversely touched – inter-personal relationships, societal ways of functioning, livelihood patterns, health sector, education sector, domestic policy, foreign policy and what not.

The adverse effects are being felt by all – the poor as well as the rich – with worsening inequality scenario. Even more seriously, the future capability of performance is being affected adversely as the education sector is very badly affected. As the World Bank notes in its recent ‘Report on Human Capital in the Time of COVID19’: “In this crisis, human capital impacts associated with economic shocks come atop reductions in care linked to service disruptions during the pandemic’s acute phase. As such, the pandemic, even if transitory, may have repercussions for years to come. Children in disadvantaged families will be disproportionately vulnerable to all these effects, thus deepening existing inequalities. …. For young children—those born during the pandemic or who are currently under the age of five—disruptions to health systems, reduced access to care, and family income losses will materialize as increased child mortality, malnutrition, and stunting. Because stunting and educational outcomes are closely intertwined, the pandemic risks durably setting back these children’s learning. In low-income economies, young children today can expect their human capital to be up to 1 percent lower than it would have been in the absence of COVID-19. At the height of the pandemic, close to 1.6 billion children worldwide were out of school. For school age children today, the pandemic has meant that formal teaching and learning no longer happen face to face. Because the ability to roll out distance learning differs across—and even within—economies, considerable losses in schooling and learning can be anticipated. The income shocks associated with COVID-19 will also force many children to drop out of school. Putting these effects together suggests that the pandemic could reduce global average learning-adjusted years of schooling by half a year. ….. Without a strong policy response now, the pandemic’s negative human capital effects will likely continue to reduce economies’ productivity and growth prospects for decades. In 20 years, roughly 46 percent of the typical economy’s workforce (people aged 20 to 65 years) will be composed of individuals who were either in school or under the age of 5 during the COVID-19 pandemic. … That is, even if the pandemic is brought under control relatively rapidly, the COVID-19 shock could still leave current cohorts of children behind for the rest of their lives. No society can afford to let that happen……… When today’s child becomes a worker in the future, in many countries she may not be able to find a job; even if she can, it might not be a job in which she can fully use her skills and cognitive abilities to increase her productivity. In these cases, her human capital can be considered underutilized.”

This will be in a context of increased uncertainty. In this connection, a recent McKinsey report on Post-Covid-19 recovery recalls “The way ahead is extremely uncertain. Will the stars align for economies after the COVID‑19 crisis? History tells us that deep economic crises have been followed by anything from stagnation or sluggish growth (for instance, after the global financial crisis) to rapid economic renewal (as after World War II), depending on whether demand is strong enough to lift the economy and whether firms broadly take productivity-enhancing action, particularly in sectors large enough to affect national productivity.”

Now the world, including India, expects that the present pandemic crisis would flatten out by about the end of the current year. Now it would be prudent to note the unfolding scenario. First, since almost all the countries would be endeavoring to recover from the crisis, every country has to have her own contextually prioritized policy formulations.

Second, the usual stand-alone approaches to development would no longer work now. The policy intervention has necessarily to be multi-dimensional with the differential-but-interconnected sectoral needs being addressed by a single policy; this is something the world does not possess adequate experience. Third, the performances in isolation are to be replaced by achievements within a coordinated framework. The services of all the Scientists – Social, Physical, Medical, Health and Mental – have now to work within a coordinated framework with each other being made to be aware of any action. Fourth, the policy intervention has to be alive to the implications for and with the rest of the world, particularly the neighboring countries.

The ultimate test as to whether a country can recover and forge ahead depends on how successful in fulfilling these conditions and characteristics of policy formulation and implementation. We must hasten to assert here that the success or otherwise on this would depend on how the country addresses the issue of corruption – the grand corruption manifesting the linkages between the political elite and corruption.

This is a very critical issue in India for the Indian bureaucracy has not proven to be globally exemplary. The complexity of India’s challenges is huge. First, there are huge domestic diversity issues within which the demarcation between public interests and private interests has to be distinctly made. Second, at the international level, the South-Asian, Southeast Asian and Asia-Pacific issues would get further entangled.

As Remy Davidson says: “The Asia-Pacific is such a fluid and dynamic region that it demands continual reappraisal and reconsideration.” Third, India has been on a yet incomplete path to reveal a “secret history of democracy” to the world.

This leads us to the next question on how and who can address the challenge of controlling the corruption menace such that the country recovers from the Pandemic and surges ahead on the promised potential trajectory in the comity of nations. The Global Corruption Report 2006 focused on Corruption and Health; the report asserted that “Corruption is a powerful force, but it is not inevitable or unavoidable. Diminishing its impact restores diverted resources to their intended purpose, bringing better health, nutrition and education to victims of corruption around the world, and with them, opportunity and hope.”

India’s score in the beginning of the present millennium stood consistently well below 3/10 implying very high levels of corruption. But there are consistent signs of improvement on this score after the present government has come to power. The incumbent Prime Minister has been able to bring it up to around 40/100 consistently over the last few years. This is no mean achievement for even an improvement of score by 1 is tremendous advancement in the right direction.

This is where the significance of the persona of the present Prime Minister lies. He has already displayed his pathological commitment to reducing and ultimately removing corruption, which has been coupled by the improvement in the CPI score of India. India’s Post-COVID19 fate would be decided by what we do on matters relating to corruption.