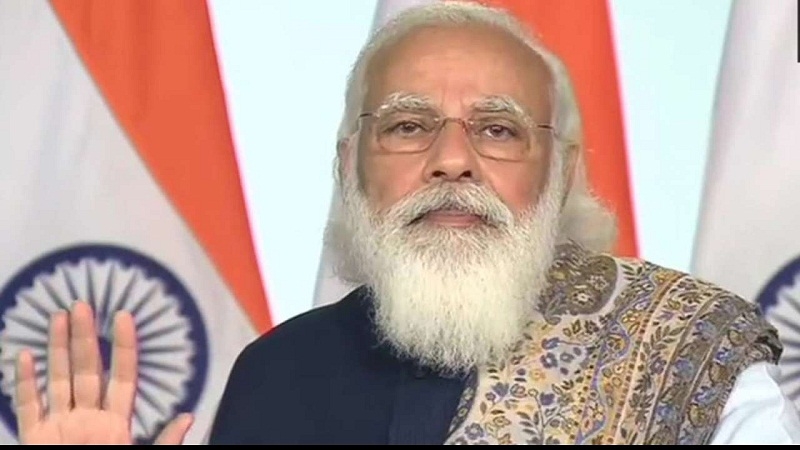 In my column earlier, I wrote on “the significance of the persona of the present Prime Minister [given] his pathological commitment to reducing and ultimately removing corruption, which has been coupled by the improvement in the CPI (Corruption Perception Index) score of India. India’s Post-COVID19 fate would be decided by what we do on matters relating to corruption.”

While a polity, a society and an economy necessarily imply a multiplicity of components, there are certain important understandings to be particularly emphasized today. Earlier, understanding, analyses and policy interventions could be thought of in terms of stand-alone perspectives, the COVID-19 has necessarily underlined the imperative for holistic understanding, analysis and policy intervention in all government functions. Even further, the concerns, fears and appropriate responses to COVID-19 impacts would dominate the next decade or so. Within these concerns, the concern for rising socio-economic inequality is a major concern.

In these circumstances, the quality of the political leadership is a major determinant of what would happen to the land and the people of India. The leadership should be able to give hope to the people in the hugely uncertain atmosphere; the people have to be made to feel confident of their welfare not being subject to the loss of hope, fear and costs as imposed by COVID-19.

The feelings should be felt at both individual and collective levels for “welfare appears to be very much related on how citizens perceive themselves as being appropriately endowed and how much they feel free to use their commodities in order to realize their own aspirations. From that point of view, welfare appears to have a strong subjective dimension.” Ensuring hope and enabling the people to perform on the basis of hope and ensure the feeling of welfare can be achieved only under a capable leader.

Now this is easier said than done. This is where the relevance of the persona of the present Prime Minister comes in.

In this we can look at the medium-term performance indicators - performance can only be founded on capability and commitment – as well as the immediate indicators during the last one year under the Pandemic. While looking at these, we should be having in mind the qualitative as well as the quantitative dimensions.

From the qualitative angle, the emphasis comes out very clearly on the aspects of regional and social inclusiveness as evidenced from the social (educational and health) and technological dimensions; the establishment of technical institutes, medical colleges, schools and universities coupled by physical infrastructure connecting the still unlinked areas.

The compositional focus of these new developments also speaks of the emphasis on the scientific-technological dimension of the unfolding scenario. The international political economic dimensions have also been adequately attended to be also established by the nuclear, technological and security agreements reached during the last seven years. In other words, the domestic compulsions have had a wonderful mixture with the global imperatives while framing and implementing policies during the last seven years with unprecedented nationalistic fervor.

The proof provided by the medium-term performance on the capability and credibility of the Prime Minister has also been coupled by the unexpected response to the crises caused by the two waves of the Pandemic. The First Wave is less relevant but the Second Wave is particularly so because of the suddenness and scale of the impact.

In April 2021 none in India and none anywhere in the world could believe that the Second Wave of corona would be brought under control so sooner by now. In this, the provincial leaders have played their majestic roles, but the point to be noted here is the confidence and ability fired in them by the Prime Minister as someone at the top; he should rise to the next challenge of recovery.

It is in this background that India has to face the next decade with the imperative to instill hope among the people and ensure welfare by the state. Here the performance score on the qualitative orientation of the quantitative performance of the present Prime Minister gives us hope. The issues needing immediate and sufficient focus may be mentioned here.

First, the Health Sector advancement and preparedness of India should now be put on a long-term footing as a major component of the Post-Covid rebuilding of the economy and the shared social trust. Second, the Pandemic has certainly worsened both the width and the depth of socio-economic inequality. This needs to be addressed by both short-term and long term interventions; Keynes, who once said “We are all dead in the long run”, maybe once again relevant today while framing policies.

Third, the education sector has revealed the deep digital-divide between the rich and the poor and also spatially. This is an area the Prime Minister is already well-committed to address. Fourth, the overall economy now needs to be given a big-push. But this can now be done only by respecting social, environmental and equity principles.

Fifth, the Pandemic has had differential gender-impacts with the weaker sex bearing much more costly moral and other burdens. This needs to be taken care immediately. In short, the socio-economic compulsions caused by the Pandemic should now be addressed with adequate care for welfare and equity principles. This the present Prime Minister can best do vis-à-vis any other aspirant.