Total Views |
New Delhi, September 23: Union minister for Information and Broadcasting, Anurag Thakur, will be inaugurating the very first Himalayan Film Festival on Friday, 24 September. The festival will span across 5 days, and is being held at Leh, Ladakh, from 24-28 September. 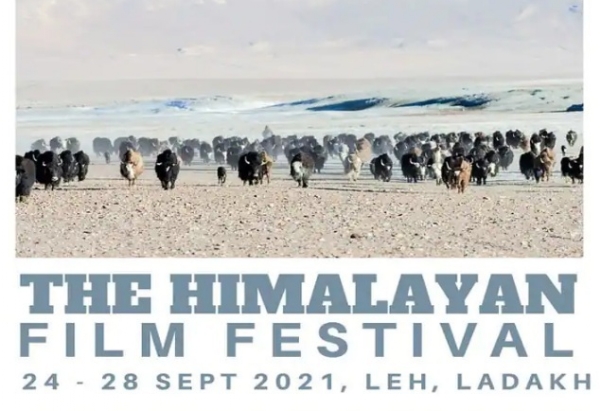 The government said in a statement, “The Himalayan region of India attracts filmmakers from all around the globe due to its unique scenic endowment. The unique geography of the region is widely documented along with its indigenous people, traditional skills, and occupations. Film festival in this context presents an opportunity for the local filmmakers to narrate their stories to a wider audience.”
The statement further said that the Himalayan Film festival also will institutionalise a Himalayan film fraternity which will in turn have productive repercussions for the filmmaking in Himalayan parts of India.
The makers and the cast of the movie Shershah, which includes director Vishnuvardhan and lead actor Siddharth Malhotra will be present at the inauguration.
The 5-day festival will have the screening of a “package of contemporary National awards and Indian panorama selected films”. Along with popular films, the festival will also have a set of workshops. Master classes will be organised where filmmakers, critics, technicians from the Himalayan region are invited to share knowledge and skill to local film enthusiasts.
Also Read | Shershaah soars new heights! Song ‘Ranjha’ sung by Jasleen Royal and B Praak debuts on Billboard charts
Short films and documentaries have also been invited to the competition section. The awards are for Best Film, to be given to director and producer, Best Cinematography, Best Editor & Best Story.
The festival will have a food and music festival, with cultural shows, which are held in collaboration with the department of culture to show the rich cultural diversity of Ladakh.
Also Read | Indian Army to participate in multi-nation military exercise in Russia where Pakistan, China will be 'observers'
Anurag Thakur Himalayan Film Festival Leh Ladakh Siddharth Malhotra Shershaah