FCRA and the habitual offenders in the business of charity

It is to the credit of BJP Government that despite malicious media campaign, they have continued the drive with vigour. 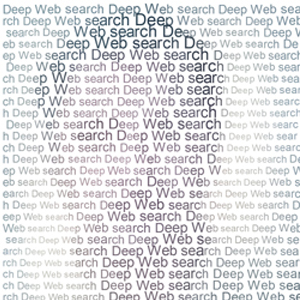 The cancellation or suspension of the FCRA license of "Missionaries of Charity" has raised the usual expected hue and cry from the expected segments ranging from the new champion of seculars Mamata didi to various Church officials and ancillary voices. At the international level, the New York Times has joined the bandwagon by raising the bogey of 'Christian persecution'. 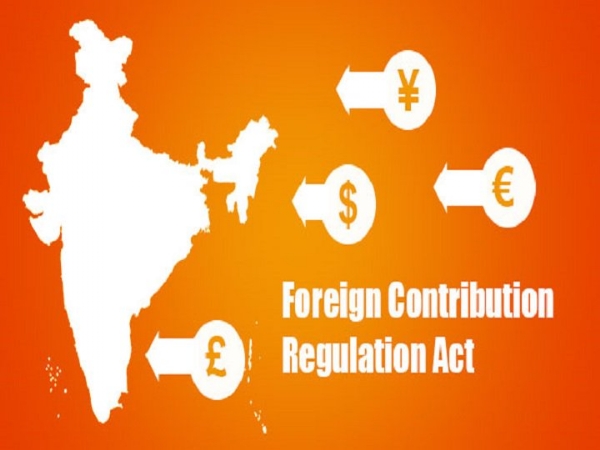 Sections of Indian media including TOI have dutifully copy-pasted the reports. The timing - Christmas week and the upcoming UP election- is also perfect. All these pointers indicate that the delicate and soft propaganda machinery of the Church is actually functioning quite smoothly in India. They do it effectively except for the fact that the actual data and facts do not support their claims.


The systematic trail of accusations
In her tweet, Mamata Didi laments the action on Missionaries of Charity (MoC).

Father Dominic Gomes, Vicar General of the Archdiocese of Kolkata, jumps in to declare the move as “a cruel Christmas gift to the poorest of the poor.”
M.G. Devasahayam who claims to be the person to invite Mother Teresa to Kolkata in 1975, calls it a "hate campaign long in the making", by referring to a quote of RSS Sarsanghachalak's speech in 2014 at Bharatpur, Rajasthan: "Her service may have been great but there was an objective behind her social work: she wanted to convert people to Christianity."
He describes MoC sisters as "The worldly possessions of the sisters who run these homes include: three saris, two or three cotton habits, a girdle, a pair of sandals, a crucifix, a rosary, some cutlery, a cloth napkin, a canvas bag, and a prayer book. These sisters must adhere to the vows of chastity, poverty, obedience, and of giving “wholehearted free service to the poorest of the poor."
Also Read:  The Usual Christmas Siyapppa
This is in complete contrast with Mamata Didi's description that " Their employees have been left without food and medicine." But never mind such discrepancies. After all, it is a campaign! And indeed it is long in the making. Just see the list of references in the book ' Modi's India: Hindu nationalism and the rise of ethnic democracy', by Christophe Jaffrelot and it is clear that 'Modi Government is unfairly targetting NGOs' is a systematic campaign.

So, what are the facts?


The FCRA and NGOs history of a decade
The pet claim of these propaganda machineries is that foreign funding of the NGOs is curbed by the Modi Government by misusing the provisions of the Foreign Contribution Regulation Act (FCRA). let us examine the claim.
FCRA 2010 and the UPA power struggle
Although Modi Govt has passed a new bill FCRA 2020, it should be noted that the actions taken on the NGOs in the last decade are based on FCRA 2010, which was enacted by the UPA Government! Now why the UPA feel the need to amend the FCRA of 1976? For that we need to understand the power struggle in the UPA 2.
Then the NGO lobby and in particular Church lobby was trying to dominate the power centres in Delhi. Remember the extra-constitutional 'National Advisory Council' (NAC) with Sonia Gandhi as Chairperson, created to 'advise the Prime Minister of India Manmohan Singh.'? Interestingly, the official site of NAC does not exist anymore.
All this power struggle came to the forefront in the agitation created by foreign-funded NGOs against Kudankulam nuclear power plant in 2012. In a rare instance, Prime minister Manmohan Singh in an interview published in the journal Science, said “There are NGOs, often funded from the United States and the Scandinavian countries, which are not fully appreciative of the development challenges that our country faces.” Then, referring to the protests at Kudankulam, he said: “the atomic energy program has got into difficulties because these NGOs, mostly I think based in the United States, don't appreciate the need for our country to increase the energy supply."
Also Read:  Secret Cross Prayers and Open Conversion; Acting 'secular' by all means will be back-breaking
As a follow-up action, the Union Home Secretary announced that the bank accounts of four NGOs had been frozen after it was found that they had been diverting funds received from overseas donors to the anti-nuclear protests. It should be noted that two of these NGOs, the Tuticorin Diocese Association and the Tuticorin Multipurpose Social Service Society these NGOs were directly linked to Church and Bishop Yvon Ambroise was reported to be directly involved in the agitation.
With this background, it becomes clear why the FCRA license of 4000 NGOs was canceled in 2012 itself. It should be noted that it is 20% of total FCRA license cancellations in the last decade! 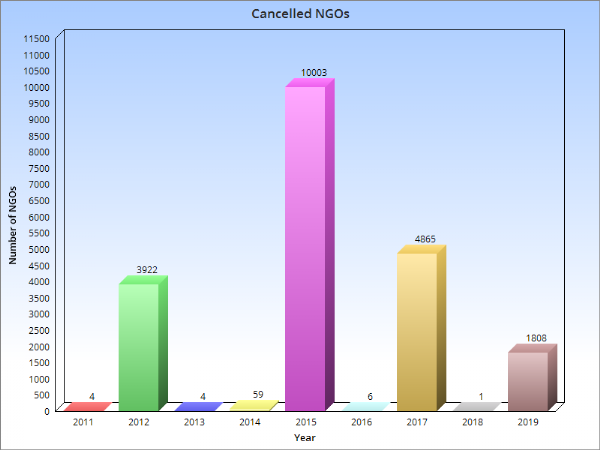 source: https://fcraonline.nic.in/fc8_cancel_query.aspx
It is also an intriguing factor why the drive was abruptly stopped in 2013. Was the ' NAC' or its Chairperson pressurized the Government to drop the drive? The nation deserves an answer.
It is to the credit of BJP Government that despite malicious media campaign, they have continued the drive with vigour.
The Christian NGOs : Victims or habitual offenders?
Once it becomes clear that almost 4000 cancellations were done in UPA period and 16000 cancellations are from BJP Government period, it becomes easy to analyze whether Christian NGOs are specifically targeted by the BJP. Primary analysis shows that out of 3922 cancelled NGOs in 2012, approx. 700 or 17% of the NGOs are Christian. This is the number arrived at by looking at whether the name of the NGO has word like Bible, evangelical, gospel etc. in the name of the NGO. Using the same criteria and exactly the same word filters, Out of 10003 cancelled NGOs in 2015, approx. 1200 or 12% of NGOs are Christian. 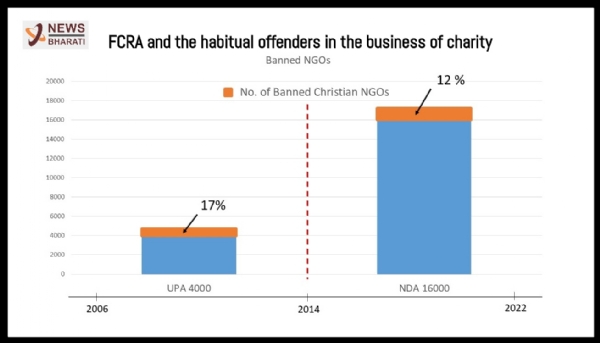 So the question is are we to believe that UPA Government targeted Christian NGOs more than BJP? Or will it be more reasonable argument that if you are a habitual offender, repeatedly show scant respect for the law of the land than 'canon law', no sane government will be able to save you?
Perhaps the LRO, being targeted by NYT by saying "An organization called Legal Rights Observatory, starving them of funds and shutting many down" is asking just that, respect the law of the land.
To read more on this topic, please visit
FCRA NGOs Christian NGOs BJP Congress UPA NDA

Fravia is the pen name of the author who wishes to remain anonymous. The name is chosen in the memory of Fravia, one of the great exponents of free information. One of the reasons is that the author learned the skills of deep web search from fravia’s unforgettable website. Another and equally important reason is that the author shares the rare combination of passions of Fravia, namely a keen interest in digital technology as well as history.