Lal Bahadur Shastri: A model of simplicity and greatness 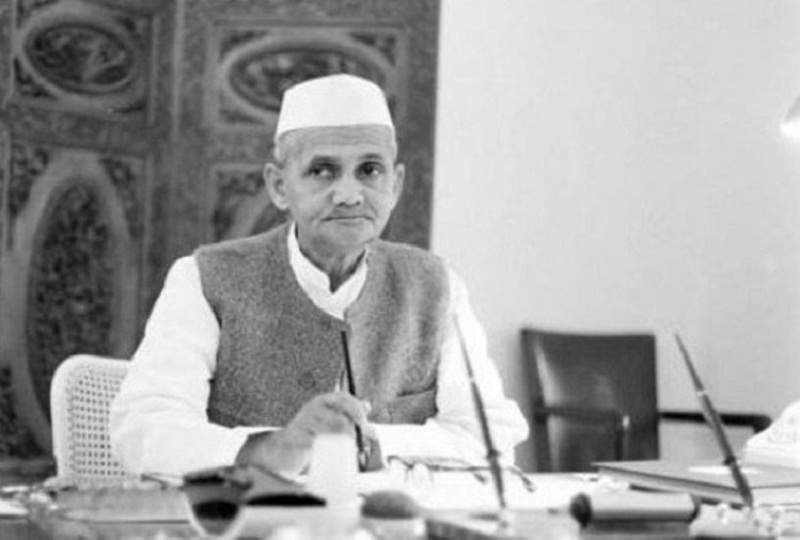 The entire country today is paying homage to the Late Lal Bahadur Shastri, the former Prime Minister of Bharat who restored the prestige of Mother Bharat which had suffered a blow in the 1962 War with China by defeating the invading Pakistan Army in the 1965 war. Unfortunately, we lost a great hero, a valiant son of Mother Bharat on this day in 1966 at Tashkent during the then USSR sponsored post-war talks with his Pakistan counterpart Ayub Khan. It is most unfortunate that the mystery that shrouded the death of Shastriji remains unresolved even today.

The Late Shastriji can be aptly described as the living model of simplicity and greatness. He was born in UP’s Ramnagar on October 2, 1904 and passed away on January 11, 1966. He remained the Prime Minister of Bharat after passing away of iconic and charismatic leader like Jawaharlal Nehru. Shastriji did not inherit the fortunes Nehru was privy to but by sheer dint of his sincerity, honesty and commitment to the country and its people he rose to such a high position to lead the country to victory and restore the lost morale and valor of the armed forces.

His style of simple living and high thinking made him one of the great heroes of our land. There are innumerable instances in his life that would inspire us to serve the motherland and take her to the pinnacle of glory and prestige.

Unable to bear the shock of treachery by China in 1962 and the subsequent defeat of our army in wara with China, Nehru died in 1964 May. The mantle of Prime Minister fell on Shastriji’s shoulders and the people had great expectations from this ‘small man’. In 1965 the country faced severe problem of hunger as some parts of the country were under the famine. Shastriji stopped taking salary; discontinued the housemaid and did the household works for himself.

Once, Shastriji was on a visit to a textile mill. He was Prime Minister then. Naturally he was accompanied by the high officials, owner of the mill and other dignitaries. After taking a round of the mill, he visited the store of the mill and asked for a saree. The mill owner and officers unfolded a beautiful saree before him. Obviously he asked for the price and was told that the cost is Rs. 800/-. Shastriji said these sarees are too costly for his pocket and asked them show some cheaper sarees. This was in 1965 when the rupee had a considerable high value as compared to today.

The mill owner showed him cheaper sarees for Rs. 500 and 400/- but he declined to buy them saying that they too are costly for him. “These are too costly; show me some even cheaper sarees which I can buy for my wife”, he said.

The seemingly perplexed mill owner responded saying, “Sir, you are the Prime Minister of this country. How can you say you are poor? Besides we are presenting these sarees to you; you need not buy them”. Shastriji politely declined his offer. But the mill owner insisted that he should accept the ‘gift’ as it was his right to present a gift to ‘our prime minister’.

“Yes, I am the Prime Minister”, Shastriji said, adding “that does not mean that I should accept things which I cannot purchase as ‘gifts’ and present them to my wife. Brother, I am Prime Minister, no doubt, but I am not a rich person. Please show me some cheap sarees which I want to purchase as per my status”.

In spite of all requests of the mill owner, Shastriji purchased the cheaper sarees for his family by paying from his pocket. He was such a great son of Mother Bharat who could not be lured by any offer.

Such was this great man. Unfortunately his tenure was too short lived. Nevertheless, he will always be remembered for his simplicity and greatness.