After backlash, Siddharth apologizes to Saina Nehwal for his crass comment, calls himself 'staunch feminist ally'

He insisted that his comment was a joke and his ‘word play and humour’ didn"t have any malicious intent that many have attributed to it.

Mumbai, January 12: Actor Siddharth wrote a ‘letter’ to badminton player Saina Nehwal over his crass comment after she tweeted over PM Modi’s security breach in Punjab last week. In a letter, he said that he would like to apologise for the 'joke', saying that he had more grace in him than that tweet. 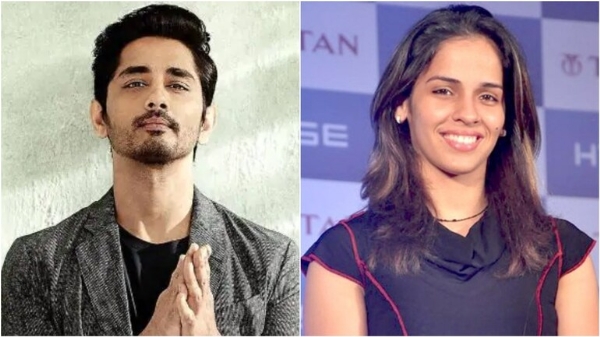 In his letter, he insisted that his comment was a joke and his ‘word play and humour’ didn't have any malicious intent that many have attributed to it. He further claimed he is a ‘staunch feminist ally’ and claimed there was no gender implied in his tweet. Siddharth also claimed he had no intention to attack Saina ‘as a woman’.
Saina Nehwal has finally shared her thoughts on this issue recently, saying, “Siddharth said something about me first and then apologized. I don't even know why it went so viral. I was surprised to see myself trending on Twitter. Happy that Siddharth has apologized.”
Saina Nehwal Siddharth Twitter troll Smriti Irani PM Modi