14th round of India-China talks: 'Constructive, without any positive outcome'

"Talks were constructive without any positive outcome" is diplomatic jargon for talks being stuck, with no solution in sight.

New Delhi, Jan 13: Amidst India-China border tensions, both countries held corps commander-level talks. This comes a week after China tried to play their Psychological warfare with a staged photo of PLA soldiers standing at Galwan. At the same time changing a few names of villages and districts in Arunachal Pradesh. 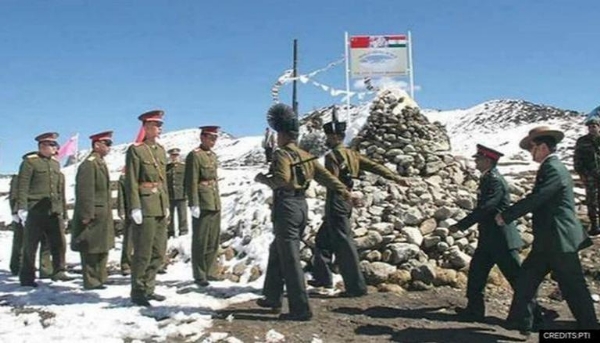 The 14th round of the India-China military dialogue on Wednesday failed to yield any positive outcomes but both countries decided to work towards mutually acceptable solutions to resolving the Ladakh LAC stand-off. The next round is expected to be held soon to continue the momentum of discussions.

While both sides are scheduled to come out with press statements today, the Indian side clearly failed to persuade the PLA towards disengagement from Gogra-Hot Springs near Kongka La as well as resolving patrolling rights issues in Depsang Bulge in Daulet Beg Oldi sector and Charding Nullah Junction in Demchok sector.

In pure diplomatic language, the talks were constructive without any positive outcome, and reaching mutually acceptable solutions is a work in progress. This means both the Indian Army and the PLA commanders will continue to engage in the future but there is no guarantee on whether the PLA will restore April 2020 status quo ante in Gogra-Hot Springs or resolve the Depsang Bulge or CNJ issue.

Also Read: India looks forward to 'constructive dialogue' in 14th military meeting with China
The Indian Army apparently raised the issue of the PLA building a bridge over Pangong Tso, east of Srijap Complex, for faster troop deployment and rapid militarisation of the occupied Aksai Chin area by the Chinese Army all along the 597-km Ladakh LAC.

The fact is that the PLA with new border law and rapid military and technological up-gradation on their side of the unresolved LAC is converting the 3,488 km line into Line of Control.

Both the Indian and PLA armies are locked in a stand-off all along Ladakh LAC since the Chinese Army under instructions from the Central Military Commission under President Xi Jinping decided to unilaterally change the LAC and impose the rejected 1959 cartographical line on the Ladakh LAC in May 2020.
Also Read: 'Won't bind on us': Army chief rejects China's new border law

Since then the two sides are fully deployed with more than three divisions of troops on each side with missile, rocket, artillery, and tank regiments apart from the Air Force being on standby in the hinterland. The PLA by transgressing in Pangong Tso, Galwan, Gogra-Hot Springs area in May 2020 broke the bilateral 1993 and 1996 peace and tranquility agreements signed at the level of heads of states.