Kaskar was an insider of D-Company; extradition in India would have helped probe agencies to gain in-depth understanding of operations of D-Company

Mumbai, January 13: Attempts to bring back Sohail Kaskar, nephew of underworld don Dawood Ibrahim, have failed as he has managed to flee to Pakistan via Dubai. The Mumbai Police were in touch with US agencies that had held Kaskar in a narco terror case. 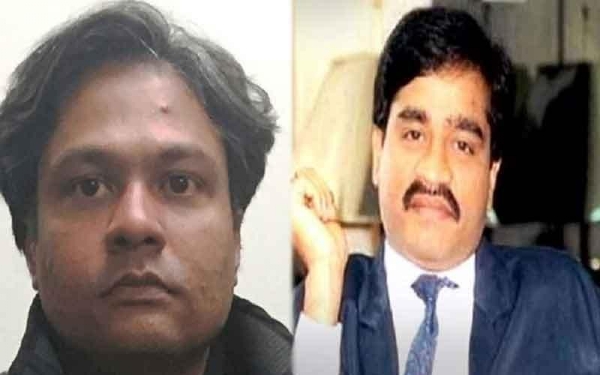 A call with Kaskar's voice was recently traced, confirming his location in Pakistan. This was later verified by the US agencies. According to Mumbai Police officials, Kaskar was wanted in India and the Mumbai Police were in touch with the US authorities to seek his repatriation.
There was a coordinated effort between Mumbai Police and US agencies to seek repatriation of Kaskar. Though Kaskar does not face any specific charges in India, he was on Mumbai Police's radar to track the whereabouts of Dawood Ibrahim.
Kaskar was an insider of D-Company. His extradition in India would have helped the probe agencies to gain in-depth understanding of operations of D-Company.
Also Read | Major terror attack averted! Delhi police bust ISI & Dawood Ibrahim linked terror module, arrests 6 terrorists
The BJP hit out at the Maha Vikas Aghadi govt in Maharashtra, saying that the development is a huge blow to India's fight against terror. BJP’s Priti Gandhi said, “In a huge blow to India's fight against terror, Dawood Ibrahim's nephew, Sohail Kaskar has escaped from Mumbai Police custody and fled to Pakistan. The 1993 Bombay bomb blast accused was recently extradited to India from the USA after extensive efforts of the External Affairs Ministry.”
Sohail Kaskar Dawood Ibrahim Pakistan US Dubai Mumbai