Jashpur Additional SP Pratibha Pandey informed that a Hindu youth has complained that his Muslim wife forcibly circumcised their son, changed his name to a Muslim one

Chhattisgarh, January 13: Chhattisgarh police have booked a Muslim woman and her family members for forcefully circumcising her minor son against wishes of the Hindu husband. On January 12, 2022, the police registered an FIR against 3 accused including the woman under non-bailable sections in connection with the case in Sanna, Jashpur district, Chhattisgarh. 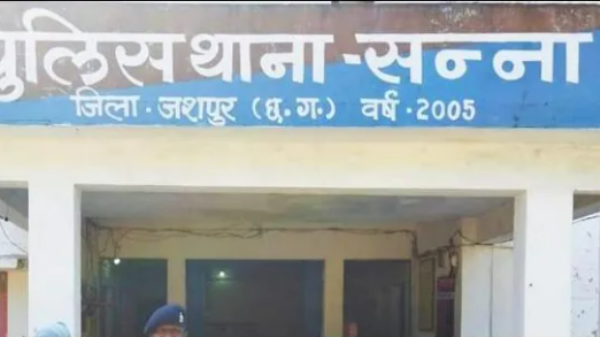 According to the reports, the father of the victim, Chittaranjan Sonwani, is a resident of Nagartoli village, coming under police station Sanna of Jashpur, Chhattisgarh. 10 years ago, he married Reshma, daughter of Mehandi Ansari, a girl from Muslim society, with Hindu customs. The couple has an 8-YO son and a 6-YO daughter. The family lived according to Hindu customs. On November 21, the son went to his maternal grandmother’s house with his mother. Chittaranjan alleged that his in-laws took the child from Harradipa to Asta and then took him to Ambikapur to circumcise him. Moreover, the boy was given a Muslim name.
Chittaranjan wasn’t aware of this initially. The circumcision was done secretly. He came to know of this development just a few days ago. When the family and the community came to meet him, all of them went to the police station on Monday night. The CWC and officers were informed of the matter. After the statement of the child, the police registered an FIR against 3 people.
Jashpur Additional SP Pratibha Pandey informed that a Hindu youth has complained that his Muslim wife forcibly circumcised their son and changed his name to a Muslim name.
Also Read | Tamil Nadu govt demolishes Hindu temple, transfers the 30-acre land to Christian missionaries
After the case was presented before the Women’s Cell, Child Welfare Committee, and ChildLine due to the matter being related to a minor child, the Sanna police registered the offence under Section 295A, 324,34 of IPC and Section 3,4 of Chhattisgarh Freedom of Religion Act against the child’s mother, maternal grandmother and maternal aunt Reshma Sonwani, Rashida Khatoon, Hasina Khatoon. The police have arrested the accused mother and the grandmother.
BJP leader, Prabal Pratap Singh Judev, has recently made a statement about the incident. He has said that it is unbearable to circumcise and convert a son without approval of the Hindu father. The administration should arrest all workers involved, and stop conversions.
conversion FIR Sanna Chhattisgarh Hindu