The Army day is celebrated as General (later Field Marshal) KM Cariappa was appointed as Commander-in-Chief of the Indian Army on January 15, 1949.

India is celebrating its Indian Army Day today. Army Day is celebrated on January 15 every year to honor the soldiers of the country, who have set the greatest example of selfless service and brotherhood and more than anything the love for the country. 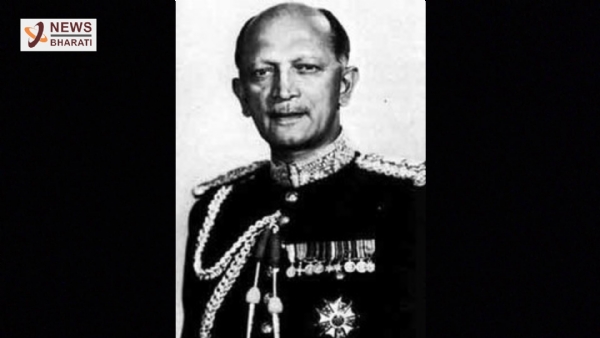 The Firsts:
1. Cariappa was one among the select few who was selected for the first batch of KCIOs (King’s Commissioned Indian Officers) at the Daly Cadet College in Indore and was commissioned in the Carnatic Infantry.
2. He was in active service with the 37 (Prince of Wales) Dogra in Mesopotamia (present-day Iraq) and then posted to the 2nd Rajput Light Infantry (Queen Victoria’s Own).
3. He went on to become the first Indian officer to undergo the course at Staff College, Quetta in 1933. In 1946, he got promoted as the Brigadier of the Frontier Brigade Group.
Also Read: Indian Tankmen and their beasts: Remembering the hero of Basantar on Armoured Day
4. Apart from leading the Indian Army, initially, Cariappa also saw action in Iraq, Syria and Iran from 1941-1942 and then in Burma in 1943-1944 and became the first Indian Officer to be given command of a unit in 1942.
5. In 1947, Cariappa became the first Indian to be selected to undergo a training course at Imperial Defence College, Camberly, UK.
6. Further, he was promoted to the substantive rank of lieutenant-colonel in 1946. In the same year, he was promoted to Brigadier of the Frontier Brigade Group. It was during this time that Colonel Ayub Khan – later Field Marshal and President of Pakistan, 1962-1969 – served under him.
7. In 1947, Cariappa was the first Indian who was selected to undergo a training course at Imperial Defence College, Camberly,UK on the higher directions of war. During the traumatic period of partition, he handled the division of the Indian Army and sharing of its assets between Pakistan and India, in a most amicable, just and orderly manner.
Also Read: 'INS Karanj : a milestone for Make in India', times perfectly with Swarnim Vijay Varsh!
8. Post-Independence, Cariappa was appointed as the Deputy Chief of the General Staff with the rank of Major General. On promotion to Lieutenant General he became the Eastern Army Commander. On outbreak of war with Pakistan in 1947, he was moved as General Officer Commanding-in-Chief, Western Command and directed operations for the recapture of Zojila, Drass and Kargil and re-established a linkup with Leh.
9. K.M Cariappa was appointed as the first Commander-in-Chief of an independent Indian Army on 15 January 1949 and the day is celebrated as the Army Day. Post-retirement from Indian Army in 1953, he served as India’s High Commissioner to Australia and New Zealand.
10. He was awarded the ‘Order of the Chief Commander of the Legion of Merit’ by American President, Harry S. Truman. The Government of India conferred the rank of Field Marshal on Cariappa in 1983.
(The article was first published on May 15)
Army Day Indian Army Day Field Marshal KM Cariappa Commander-in-Chief of the Indian Army