New Delhi, Jan 15: In the preliminary of the tri-service investigation into the fatal crash of the Mi-17V5, it has ruled out mechanical failure, sabotage, or negligence as the cause of the accident.

"The inquiry team said the accident was a result of the helicopter entering into the clouds due to an unexpected change in the weather conditions in the valley in Tamil Nadu, where it crashed. The change of weather led to spatial disorientation of the pilot resulting in a controlled flight into terrain," a statement issued by the defence ministry said. 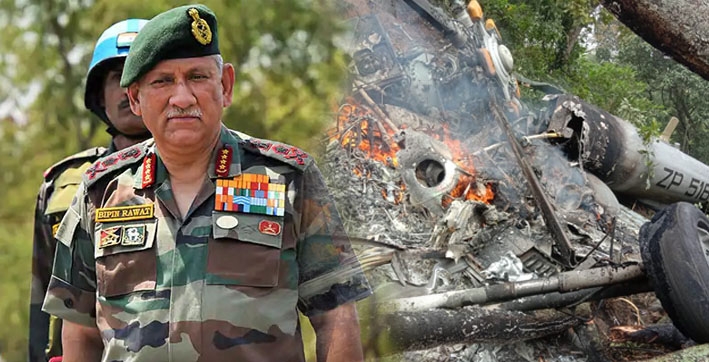 The Ministry stated that the crash in Coonor was a controlled flight into terrain accident which refers to the accidental collision with terrain of an airworthy aircraft under the flight crew’s full control. In such accidents, the pilot or the crew are unaware of the danger until it is too late, according to the US Federal Aviation Administration.

Such CFIT may take place because of human error or a navigation problem as well which, however, have been ruled out in this particular case, in the official findings.


On December 8, CDS Gen Rawat, his wife Madhulika Rawat and 12 other Army personnel boarded the helicopter from Sulur airbase to Wellington airbase. Minutes before the chopper was scheduled to reach its destination, the Sulur airbase control room lost contact with the chopper.

Also Read: Nation lost one of its bravest sons! CDS Gen Bipin Rawat, his wife and 11 others dies in chopper crash