The Assembly polls in Goa will be held in a single phase on February 14.

Panaji, January 18: The BJP is expected to announce its list of candidates for the February 14 Assembly polls by Tuesday evening, said Chief Minister Pramod Sawant. 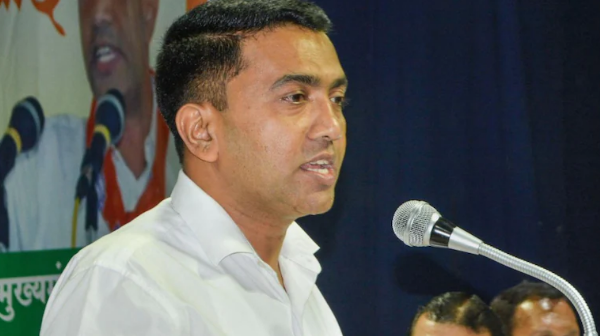 Pramod Sawant, along with state president Sadanand Shet Tanavade, the Union Minister of State for Tourism Shripad Naik, organising secretary Satish Dhond are scheduled to leave for the national capital. Sawant said, “We are going to Delhi today.”
The BJP is headed for the polls on its own. The Chief Minister has said that the party is expecting to win more than 22 seats in the elections. The Assembly polls in Goa will be held in a single phase on February 14.
Also Read | AAP names Bhagwant Mann as its Punjab chief ministerial candidate
The BJP is currently ruling Goa with 23 MLAs by its side. Besides BJP and Congress, many other parties, including TMC and Aam Aadmi Party (AAP), have joined the poll fray in the state, in a bid to expand their base. The Assembly election is scheduled to take place on February 14, and results will be announced along with 4 other states on March 10.
Goa polls BJP Pramod Sawant