'Kashmiri inside me fights, fights for identity: A gruesome tale narrated by Kashmiri Pandit

Now the prayers prayed in a temple here sound mechanical as the hearts that once prayed either went away or stopped beating.

(This story is based on a Twitter thread)
A Kashmiri away from Kashmir is not enough, as I clench harder on the Kangri inside my pheran I try to feel a Kashmiri but fail again. All I have are borrowed memories, imaginary homes, and a slurry mother tongue.
However, still, a Kashmiri inside me fights, a fight for identity. Nearby is a camp colony where I visit often to meet friends and for my evening walks. Some more steps lead to the old dilapidated structures where newly displaced Kashmiri Pandits were accommodated in the mid-90s.
Vacant and inhabitable, now, the structures here are filled with liquor bottles indicating them being a new hangout place for drunkards. 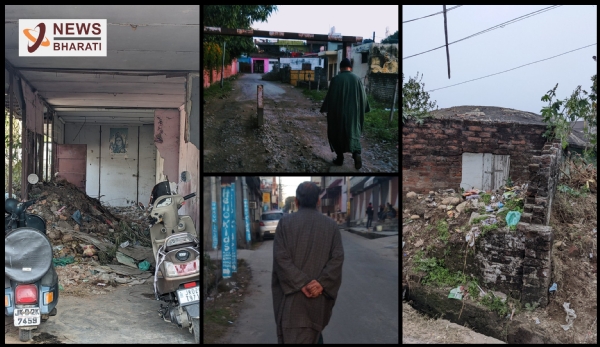 No sane person would want to live there in such darkness, not there is just an absence of light but a void of sanity that sucked the lives of ones living there. Nearby stands a temple where, I’m told, the dead refugees were brought for their last rites.

Nowadays the temple priest plays Bhajans from the loudspeakers in the evening. Prayers and songs in praise of deities, once sung by people not living there now. They lived there and prayed as prayer was their only hope, a prayer-filled of hearts desires, and deep affection.
Now the prayers sound mechanical as the hearts that once prayed either went away or stopped beating. I wish to pray for them but my heart is not as pure as theirs. It lacks the pain they all once felt. I stood there and stared at the Murat "Maata, Do you remember them all? I don't. I pray for all of them. Don't let them fade away from my memories."