BJP to form an alliance in upcoming UP assembly election

BJP national president JP Nadda has announced that BJP will form an alliance in upcoming elections.

New Delhi, Jan 19: After the big bang entry of SP leader Mulayam Singh Yadav’s Daughter in law, Aparna Yadav in BJP in the morning, BJP president JP nadda has announced that BJP will contest the upcoming UP election in a coalition with Apna Dal and Nishad Party. 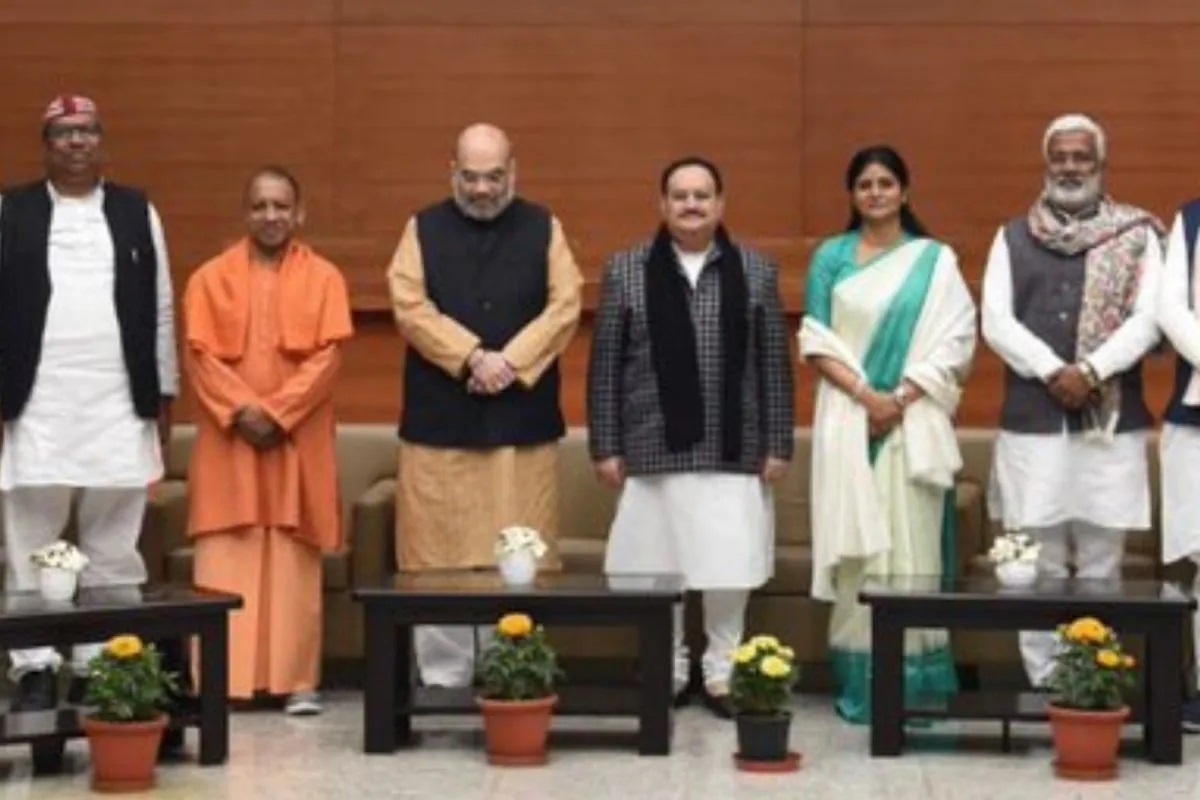 Bharatiya Janata Party National President JP Nadda on Wednesday announced that his party will contest the upcoming Uttar Pradesh polls jointly with Apna Dal and Nishad Party. The polls will be contested on 403 seats, he said. However, seat-sharing talks are still awaited.

The announcement was made after a BJP CEC meeting that was underway in Delhi with Union Ministers Amit Shah, Anurag Thakur, UP CM Yogi Adityanth, BJP national chief JP Nadda. Other leaders including Apna Dal's Anupriya Patel were also present.

"Today a big change is being seen in UP under the leadership of Modi ji and due to the tireless efforts of Yogi ji. Be it education, connectivity, investment, everywhere work has been done on a large scale", Nadda said during the address.

Welcoming the alliance of all three parties, Patel said, "Through the alliance of BJP, Nishad Party and Apna Dal, we will contest and win the UP assembly polls, and will steer the state in the direction of development".

Ahead of this announcement, the working president of Apna Dal (Sonelal) Ashish Patel on Tuesday had said that their focus is to get "winnable seats" during seat-sharing talks with BJP. "Our complete focus is to get seats that are winnable. This is our priority," Patel told news agency ANI.

Nishad Party as well as Apna Dal hold sway in some pockets of Eastern UP. This alliance with both these parties can give BJP a much needed boost to be able to sweep eastern UP like they did in the 2017 assembly election.