As Covid cases rise New Delhi has decided not to invite Central Asian leaders for Republic Day parade in 2022. 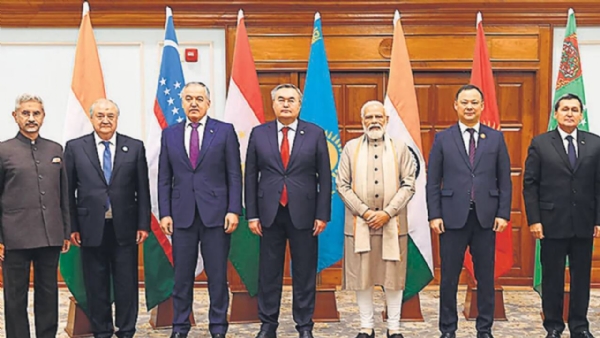 The Republic Day celebrations on January 26 will go ahead without any foreign leader as a chief guest, the second year in a row that India’s signature event has been affected by the fallout of the Covid-19 pandemic.

India had invited the leaders of the five Central Asian states – Kazakhstan, Kyrgyzstan, Tajikistan, Turkmenistan and Uzbekistan – to be chief guests at the celebrations, though no formal announcement was made in this regard by any of the countries.

The rapid spread of the Omicron variant of the Coronavirus in the past few weeks and recent violent protests in Kazakhstan, which resulted in the death of more than 220 people, were factors that went against the participation of the Central Asian leaders, people familiar with the matter said on Tuesday.

A diplomat from a Central Asian state, speaking on condition of anonymity, said the leaders of the five states would be unable to participate in the Republic Day celebrations in-person. The diplomat added that the Central Asian states and India are now focusing on a virtual summit of the leadership of the six countries to mark the 30th anniversary of diplomatic relations, though a date for this is yet to be finalised.

The possibility of looking at an alternative chief guest was ruled out due to the paucity of time, the people cited above said.

Last year, India went ahead with truncated Republic Day celebrations without a chief guest after UK Prime Minister Boris Johnson called off his visit at the last minute because of the rapid spread of a strain of the Coronavirus in Britain. It is extremely rare for the Republic Day celebrations, seen as a high point in the country’s diplomatic calendar, not to have a chief guest.

Though no formal announcements had been made regarding this year’s chief guests, Turkmenistan’s foreign minister Rashid Meredov had hinted at it while participating in the India-Central Asia Dialogue in New Delhi on December 19. Meredov had said in his opening remarks at the meeting that the dialogue would be a “key event in the preparation process for the upcoming Central Asia-India Summit in January”.
India Kazakhstan Kyrgyzstan Uzbekistan Tajikistan Turkmenistan Republic day Parade