Some say that Krimchi was the brainchild of King Kichak, a contemporary of the Pandavas who defeated and killed him

Jammu and Kashmir is place that has a lot of history embedded in it. The snow-clad valley has places to offer which have lied undiscovered, with mysteries about them yet to be unfolded. The temple we will explore today is one so old that no one has been able to determine the exact time it dates back to! Located at a distance of 12 km from Udhampur, and around 65 kms from Jammu city, the Krimchi temples tell a story of Jammu and Kashmir, which is now long forgotten. Built around the 8th-9th Century, these temples are situated on the ancient route to Kashmir on the banks to Birunala, and some of these are considered to be the oldest in the entire state. 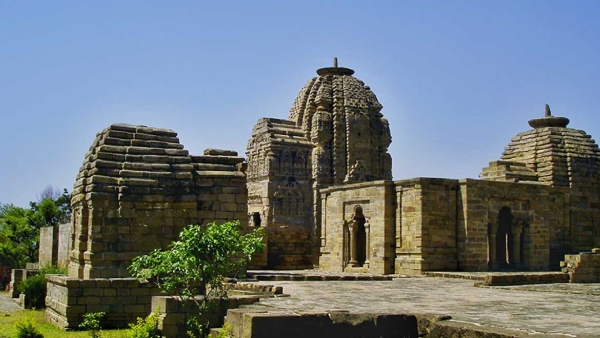 The lack of written data makes it tough to determine the exact time period of when the temples might have been constructed. Some say they were built by Raja Kichak from the times of Mahabharat. Others state that they were built by the Pandavas, who, after being sent into exile, had spent most of their time in this region. This is what accounts for these temples being popularly referred to as the ‘Pandava Temples’.
It is a 30-minute drive from Udhampur city which will bring you to this complex which includes a total of 7 temples - 4 large ones facing the east, and 3 small ones facing the west. The temples are surrounded by lush foliage and offer a huge range of bright flora. The main temple stands at a height of 50 ft and is dedicated to Hindu deities, namely, Lord Shiva, Goddess Parvati, their child, Lord Ganesha, and Lord Vishnu.
History – It was believed that Krimchi was the brainchild of King Kichak, a contemporary of the Pandavas who defeated and killed him. The lineage of royals who ruled Krimchi is long. Some of the most notable rulers are King Dayakaran (the son of King Puran Karan), King Bahadur Singh and, King Himmat Singh.
It is also believed that the complex was constructed during the same time period as the mysterious horsemen of the Pir Panjal in Resai district, the many human faces excavated from Akhnoor district resembling the Greek artistic forms.

Also Read | Vittala Temple – the most special of the Hampi monuments
Temple Architecture – The temple complex has a classic style, having a garbhgriha or a main sanctum at the centre, a shikara at the top of the sanctum, an amalaka / crown at the top of the shikara, and a manadapa or hall in front of the sanctum.
For the visitors' and tourists’ convenience, the temples have been marked from 1 to 7. Temple number 3 is the oldest, and the temple number 1 is the most decorated one. Information has been detailed throughout the temples to give an insight into background of the temples. Many attribute the architecture of these temples to Greek influences, though some local folk state that the architecture is influenced by ‘Nagara’ style of North India. Some believe that they were built by Pandavas, while others believe that they were built by the Dev dynasty of Jammu. 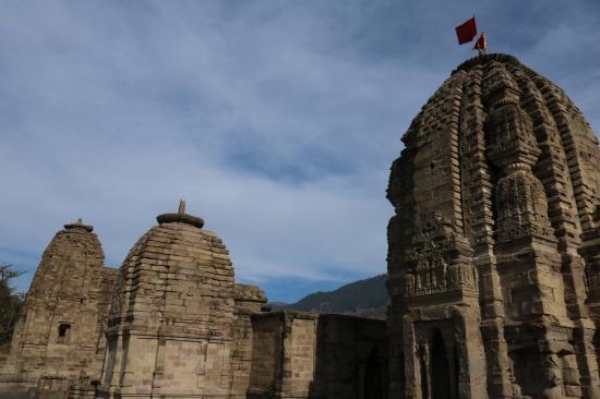 The eroded walls show abstract impressions, and structures are very similar to the Indian temples at Chamba and Bhubaneswar. The pillars showcase distinct foliage motifs, that speak a lot about the creativity of the time.
Also Read | Vijay Stambha: The pride of Chittor built by Rana Kumbh celebrating the victory against Mahmud Khalji
In the past, archaeologists and researchers, in their excavations, have discovered stone idols, iron arrow heads, earthen pots and ancient artifacts which are exhibited for all to view. The excavations have now stopped to retain the historical importance of these monuments which all have a unique story.
Walking in these ancient ruins takes one back to a mystical era of the past, deeply stalled in spirituality, instilling within you a sense of serenity and calm. These ancient temple ruins make for a very popular tourist attraction and are a must-visit for tourists, and to the ones who seek solace.
Krimchi Temples Jammu & Kashmir Mahabharat Pandavas